Description: The first half of this chapter contains an invitation, an admonition and a warning. God is One and He is in control. This life is very short and the Hereafter is forever. 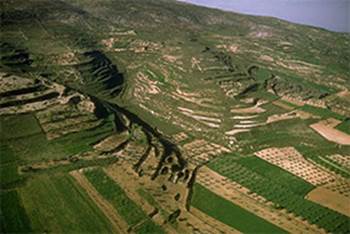 Chapter 10 of the Quran, entitled Jonah was revealed in Mecca. It takes its title from the reference to Prophet Jonah in verse 98 and concentrates primarily on the Oneness of God.  This chapter emphasises God’s power and His anger towards those who consistently deny the truth of His revelations and signs. Prophet Muhammad is encouraged to be patient and to be aware that he is unable to force the people to believe.

These are the verses from a wise book says God. It is a book full of wisdom that holds the decision about all matters. Why then do people call the warner chosen from among themselves a sorcerer? God is the One who created all that is in the heavens and the earth in six periods of time (Day is the word used here but it is not the 24 hour period as we know it). He then established Himself upon the Throne, overseeing and overlooking everything that is below Him. Worship Him, believers will be rewarded but those who refuse will taste the punishment. His signs are everywhere throughout the universe and they are not without purpose. Those who believe understand. Some pay no heed to the signs but their eternal home will be in the Fire. However those who are saved because of their faith will praise God.

If God was to hasten the punishment for those who deserve it, then their worldly life would be over but that is not His way. Instead he leaves the wrongdoers to wonder blindly in their ignorance. When a person is in need he calls out to God but when God removes the affliction he (the person) returns to disobedience as if he had never called upon God at all. Whole generations have been destroyed because of the evil they did. The messengers came but were ignored and abused. God observes the successive generations.

When the Quran is recited to those who hold no hope of meeting God they ask Prophet Muhammad, may the mercy and blessing of God be upon him, to bring a different or changed Quran. God tells Prophet Muhammad to tell them that it is not for him to change it.  He (Prophet Muhammad) brings only what is revealed to him and he too fears a day of account. God asks who is more wicked than the one who invents lies against God or denies His signs!? Wrongdoers will never prosper. They worship things other than God that cannot harm or benefit them. God is far above those they associate with Him.  Humankind was once one nation, but they differed. Only God knows the unseen, so wait for it to be revealed.

People call upon God when they are suffering but plot and scheme against Him when they are returned to comfort. When they are returned to God He will tell them the result of the schemes. People think they have some power over the life of this world but it is God’s decree that will come to pass. The signs are there for those who choose to reflect. God invites everyone to the Home of Peace (Paradise) and guides whomever He wills to the straight path. Those who do good will have a good reward; they are the companions of Paradise. And those who do evil will find an evil outcome in the Fire. On the Day of Judgment, those who worshipped other than God will find that their false deities deny all knowledge of their worship and behavior. Some are not even aware that they are being worshipped and those who consented to be worshipped will lie and deny it.

God addresses the disbelievers asking who provides for you, who allows you to see and hear, who brings the living out of the dead and brings the dead out of the living and who arranges every matter? They answer God but why then do they not take heed? God is the Giver of life, the one who can end creation but then bring it all back again. Can any of the associates you turn to do that? No they cannot. What is wrong with people? The One who guides to the truth is more worthy to be followed then those who do not.

God is All-Knowing and it is not possible for this Quran to have been produced by anyone but God. It is a confirmation of what came before it. If people say that Prophet Muhammad invented the Quran then ask them to bring forth a chapter like it. They are not able to do so even when they ask for assistance. They cannot grasp the truth because they have not seen its prophecies fulfilled. The Quran shows the end waiting for the disbelievers. Some will believe but some will not. God knows who causes corruption.

God tells Prophet Muhammad what to say if they deny him - "For me are my deeds, and for you are your deeds. You are disassociated from what I do, and I am disassociated from what you do."  There are some that listen but Muhammad cannot cause the deaf to hear, there are some who look but he cannot cause the blind to see. God does not wrong people but people wrong themselves.

On the Day of Judgement people will feel as if they have been in this world for an hour or less and they will recognise one another. Those who denied this meeting will be the losers. All will return to God and this will happen whether Prophet Muhammad sees the punishment fall or not. For every nation there is a messenger. When the messenger comes they will be judged and there will be no injustice. There is an appointed time for every community and when it is reached it cannot be delayed or hastened.

On the Day of Judgement there is no way out for the disbelievers. They have denied it for so long, will they even believe it when it overtakes them? They will be told to taste the punishment, God’s promise is true. He gives life, and causes death. To Him we will all be returned.