Description: An explanation of a Prophetic saying which emphasis the importance of being positive, striving and trusting God. 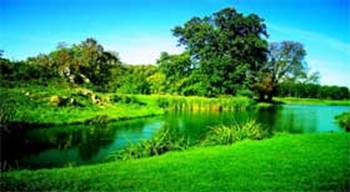 Prophet Muhammad, may the mercy and blessings of God be upon him, said: "Strive for what benefits you and rely on God, and do not give up.  If something befalls you, do not say: ‘If I had only done such and such.’ Instead say: ‘It is as God decreed and He does what He pleases’."[1]

When Prophet Muhammad said: "Strive for what benefits you…" he was encouraging us to hasten in seizing the positive opportunities that come our way.

When he added: "… and rely on God…", he was showing us that we should draw upon our faith in order to strengthen ourselves in our efforts.

This is why the Prophet did not stop there.  He continued by saying: "… and do not give up."

How can anyone give up on the fuel of one’s spirit and the embers of one’s faith?

Finally, he concluded by saying: "If something befalls you, do not say: ‘If I had only done such and such.’ Instead say: ‘It is as God decreed and He does what He pleases’."[2]

Faith is not blind, nor is it a form of resignation and a denial of our great human potential.  It does not mean we should spend our time lamenting in the ruins of the past and reject change.  Instead, faith is our certainty that good is wherever God places it, and that every day you bring forth a new dream, a new hope, and a new success.

A young man once asked me about a book entitled The Secret by Australian author Rhonda Byrne.  His question compelled me to buy it and read it.  I took it with me and read it on some of my travels.  It presents the idea that we must encourage ourselves to be optimistic, proactive, and believe that what we want can happen; indeed that it will be reality as soon as we utter it, believe it in our hearts, and rid ourselves of our pessimistic thoughts.  People have to focus their minds and thinking on what they want and what must be, instead of on what they fear and detest.

This idea reminded me of something that Ibn al-Qayyim said: "If a servant relies on God as He ought to be relied upon regarding moving a mountain off its base, then if that person is required to move a mountain, he will do so."

I found that the basic idea of The Secret is one that we need to instil in ourselves, without dissipating its spirit by debating its finer details.  This is because the book’s basic idea is in reality one of the prime motivators for productive work and fortitude.

She says hundreds of things in her book trying to explain the detailed implications and patterns of her ideas, but they really introduce only two or three new concepts.  One of these concepts is reflected in something Prophet Muhammad quotes his Lord as saying: "I am as my servant thinks of Me, so think of Me how you wish." In some narrations, it continues: "If he thinks well of Me, it is for his benefit, and if he thinks ill of Me, it is to his detriment."

The expectations being referred to here pertain to this world as well the Hereafter.  Good thoughts lead to good actions and good expectations lead to productive work.  When we want to take hold of a new idea, we do not want to undermine it by over-thinking it, dissecting it, and qualifying it with exceptions.  If we do that, it will sputter away and die.  Once the idea is firmly in mind, it becomes easier to modify it and improve upon it.

The second new idea she introduces is expressed in the hadith where the Prophet said: "When you beseech God, you should be certain that He will answer."[3]

What this means is that when we call upon God in prayer, we should know in our hearts that He will answer us.  We should not supplicate with an attitude of experimentation or with feelings of doubt and skepticism.

`Umar used to say: "I do not worry about my prayers being answered, but about what I am going to pray for, because if I pray for something, its answer comes with it."

These are among `Umar’s many inspired words.  He is not only referring to deciding what to say in his supplications, which is in itself a good and blessed concern; he is speaking about something more profound: the need for our hearts and minds to have full trust in God and His promise.

And He says: "When my servant asks you about me, I am near.  I answer the supplications of those who beseech me." (Quran 2:186)

Dark thoughts are enough to hurl us into dark places, as dank and stifling as we can imagine.  It is as is we are hastening on death with our pessimistic thoughts.  It is no surprise that pessimistic people in their psychological isolation, often appeal for death to hasten itself, and they lash out those who prevent them from attaining the only "relief" they can see in their lives.

The Prophet was once asked: "Who are the best people?" He replied: "Those who live long and do the best deeds."[4]

He also said: "None of you should ever wish for death.  Never pray for it before it comes to you of its own accord.  When you die, your deeds come to an end, and a believer’s life is never prolonged except for good."[5]

Life is a blessing which God bestows upon the living.  It was the Prophet’s habit that when he woke up, he would thank God and say: "Praise be to God who revived us after causing us to die and to Him is the final gathering."[6]

The Prophet’s guidance is not just a provision for the next life, but for this one as well.

It has excellent information about trusting in God.