Description: A brief commentary of Chapter 36 of the Holy Quran.  This chapter compels us to think beyond our world life and reminds us of the Hereafter, the power of God and the consequences of our deeds. 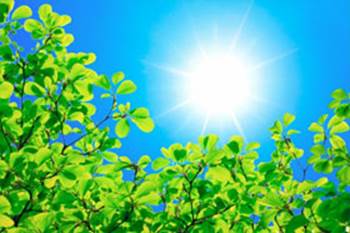 The 36th chapter of the Quran is entitled Ya Sin.  It is named after the first two letters of the chapter which are "ya" and "sin" (pronounced seen).  Thus it cannot be translation into English and is always left untranslated.  This chapter of 83 verses was revealed in Mecca and as with all the Meccan chapters, it focuses primarily on the belief in the Oneness of God and the consequences of either believing or disbelieving in that basic principle.  Chapter Ya Sin has many short verses and its recitation with short pauses is very emotional.

God swears by the wise Quran that Prophet Muhammad, may the mercy and blessings of God be upon him, is indeed a messenger on the straight path sent to warn those who are unaware.  The Quran is full of wisdom, and those who do not follow its guidance are indeed unfortunate.  However only those who believe in God and fear His punishment will take heed of the warning.  God keeps a clear record of everything.

Verses 13 – 29 The example of the three messengers

Prophet Muhammad is told to warn the people using the example of the three messengers.  Two who were sent to the people and then a third to strengthen their number yet still the people refused to believe.  The messengers revealed themselves and issued a warning but they were called liars and threatened with stoning.  A man ran from the other side of the town saying listen, they do not want a reward.  Listen to the message he pleads but he is killed by the disbelievers and thus abruptly finds himself in heaven.  Still he wishes the people knew of the forgiveness and mercy of God.  God did not send an army against the people, nor was He about to.  He just sent one heavenly blast and they fell down, lifeless.

Alas for humankind says God, they ridicule the messengers and they do not see just how many generations have been destroyed before them.  None of them will ever come back yet all of them will come back to stand before God.  They deny the Resurrection yet there are signs everywhere.  God gives life to the lifeless earth.  There is produce and springs of fresh water.  They have not produced these things themselves so why are they not grateful.  All glory is for God who created all species in pairs, and humankind itself and many other things that humankind knows nothing about.  It is God who strips away the daylight transitioning day into night.  The sun runs on a fixed course and the moon waxes and wanes according to God’s command.  The sun does not reach the moon and the night does not overtake the day because God has determined the course on which they run.

As a reminder God refers to the Flood and how our ancestors were carried in the ark.  God continued to create the means with which to traverse the sea and if He willed, the people would be drowned and He would not respond to their cries.  They would not be saved except as a mercy from God.  We are warned to beware of what lies before and what lies behind.  This is a reference to our behaviour in this world and our abode in the Hereafter.  Perhaps there will be mercy; perhaps we will not heed the warning.  The signs come but the disbelievers turn away.  When they are told to give generously out of what has been provided to them they mock the messengers and say why should we feed those whom God could easily provide for.  They arrogantly ask "when will this promise (meaning the Resurrection) be fulfilled" but alas a single blast (sometimes translated as shout) will overtake them while they are still arguing.  Then the trumpet will be blown signalling the Resurrection.

Verses 52 – 58 A scene from the Day of Resurrection

The people will ask who has raised us from our sleeping place (generally agreed to be the grave) and they will be told that this is the promise made to you by the Most Merciful (God) and what the messengers warned about.  It will be but one single blast and lo and behold, all of humankind will be brought before God.  On that Day no one will be wronged, everyone will be recompensed for what they did; all will be repaid for their deeds.  The people of Paradise will be rewarded handsomely; they will be with their spouses seated on couches in the shade.  They will have therein all kinds of fruits and whatever they wish for.  And in addition to this their Lord will greet them with "peace".

Then God will say, stand apart you criminals.  Remove yourselves from the ranks of the believers so that you are distinguishable from them.  God says, "Did I not enjoin upon you, O children of Adam, that you not worship Satan – for he is a clear enemy to you.  And that you worship [only] Me?" This is a straight path, says God and he (Satan) has led great numbers of you astray, could you not use your reason to see this? The disbelievers are told to enter Hellfire because of what they denied and refused to believe and because they refused to heed God’s commands.  God will seal their mouths but their hands and feet will speak and bear witness to all.

Verses 66 – 76 The Quran is a warning, a gauge between right and wrong

God could have left humankind without guidance but because of His mercy he did not.  They could have been left blind without the means to see, or deformed without the means to move either forward or backward but He did not.  Prophet Muhammad is not a poet; he was not given mere poetry; rather, he was given a clear book of guidance, the Quran.  It is a warning, so that God’s judgment can be passed according to it.  God then informs us of one of the many blessings He has bestowed upon us: livestock. He created it for our general use, to be used as a means of transportation, for food and milk, and for other benefits. Instead of giving thanks to God for this blessing, the disbelievers have taken other deities besides God for worship and even call upon them for help but they cannot help! Even an entire army of false gods combined cannot help in the least.  God tells Prophet Muhammad not to be distressed at what they say because He (God) knows what they reveal and what they conceal.

Humankind seems to forget their origin so God reminds us that we were created from a drop of fluid.  Yet even then they dispute openly asking who could give life back to bones after they have decayed? God says that the One who gave them life in the first place will bring them back; it is only He who has knowledge of every act of creation.  It is He who produced fire so that humankind can benefit from it; it is He who created the heavens and the earth so is it not then easy for Him to bring back the people? Of course it is! When God wills something to be, He says "Be" and it is.  All glory belongs to God, who controls everything and it is to Him that humankind will be resurrected.

Glory be To GOD

what a beautiful message, i can't stop reading. pure love shines through