Description: His life and message including his patience and trust in God. 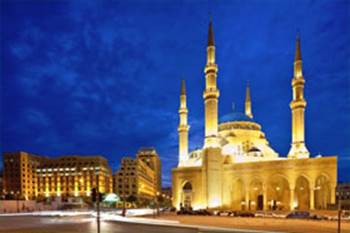 Prophet Jacob is one of a patriarchal line of prophets sent by God to teach his people to worship One God and to live a righteous life.  The Quran teaches that each and every one of the prophets taught the same fundamental message of submission to One God.

"And We bestowed upon him Isaac and a grandson Jacob, and made each of them righteous." (Quran 21:72)

"And remember Our slaves, Abraham, Isaac, and Jacob, (all) owners of strength (in worshipping Us) and (also) of religious understanding." (Quran 38:45)

The story of Jacob is short and most of what we know is contained in the story of his most beloved son Joseph.  Jacob is remembered for his great strength of character, his complete submission to the will of God and his firm and unwavering faith.  From the story of Jacob in the Quran there are great lessons to be learned.  The Quran first mentions Jacob in reference to Prophet Abraham, his grandfather.

"So when he (Abraham) turned away from them and from those whom they worshipped besides God, We gave him Isaac and Jacob and each one of them We made a prophet." (Quran 19:49)

Prophet Abraham is well known in all three monotheistic religions.  In fact Islam, Christianity and Judaism are sometimes known as the Abrahamic faiths.  Jacob’s father was Prophet Isaac.  Prophet Abraham, Isaac and Jacob were blessed by God and were given both mercy and honour.

"And We gave them of our Mercy and We granted them high honour (reputation)." (Quran 19:50)

Notable scholar of Islam, Ibn Kathir mentions that Prophet Jacob left his family and travelled to his maternal uncle where he married two of his cousins, Leah and Rachel, and worked as a shepherd for his father-in-law.  He was the father of twelve sons and their dynasties later became known as the 12 tribes of Israel.   In Quran Prophet Jacob is also called Israel and the scholars of Islam explain that this means ‘servant of God’.  When the Quran mentions the Children of Israel, it is referring to the descendants of Jacob.

"… All food was lawful to the Children of Israel except what Israel had made unlawful to himself before the Torah was revealed." (Quran3:93)

"… and of the descendants of Abraham and Israel, and of those whom We guided and chose.  When the verses of the Most Merciful were recited to them, they fell down prostrating and weeping." (Quran 19:58)

Prophet Jacob’s most beloved son was Prophet Joseph and he plays a significant role in his son’s story which is told in one complete chapter of the Quran entitled ‘Joseph’.  At the beginning of his story Joseph relates a dream to his father who interprets it to mean that Joseph will achieve a very high level in society and that all of his family will be under him and beholden to him.  Jacob had a gift for interpreting dreams and they play a big part in the full story of Joseph  that can be found here:  http://www.islamreligion.com/articles/1790/viewall/

It is from Jacob’s story within the story of Joseph that we learn about true patience.  Jacob is a man who loved his children but endured terrible suffering because of them.  When Joseph’s younger brother Benjamin becomes lost to the family Jacob is reminded of his grief over Joseph and weeps uncontrollably.  He wept until he became ill and lost his sight.   The older brothers were concerned about his pain and sorrow and questioned his constant grief.   They asked him, "Will you cry until the day you die?"  Jacob answered that he only complained of his grief and sorrow to God and that he knew, from God, things that they did not. (Quran 12:86)  Prophet Jacob knew that there was no point in raging against the world; he understood that God loves and protects those who are patient.

Prophet Jacob’s patience is a reminder to us all.  It reminds us to accept the will of God without panic.  This does not mean that it is not natural to feel pain or anguish but it means to refrain from panicking and complaining except directly to God.  Prophet Jacob wept until his family thought he would die from grief but he looked to God for consolation and never once blamed God for his great trial.

When Prophet Jacob had attained a great age and was surrounded by his large family when he died.  Even on his death bed he was concerned that his children and their descendants might forget the essence of worship.  He lived his life reinforcing the message to worship God alone free from partners and on his death bed he continued to advise his children to adhere to the teachings of Islam, the religion of all of God’s prophets.

"Or were you witnesses when death approached Jacob? When he said to his sons: ‘What will you worship after me?’ They said: ‘We will worship your God, the God of your fathers, Abraham, Ishmael and Isaac - One God.  And to Him we submit (in Islam).’" (Quran 2:133)

very very interested stories among the prophets of the almighty Allah

Thank you for your site.

Nice and concise, but informative