Description: The story of his life, his patience and perseverance, and the destruction of his people. 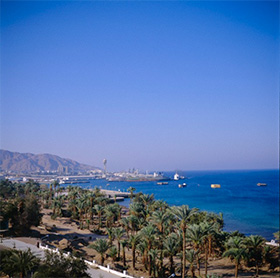 Prophet Shuaib, known in Biblical literature as Jethro, is one of only four Arab prophets mentioned by name in the Quran.  Many scholars believe that Shuaib was the elderly man who offered Moses safety, security and the hand of one of his daughters in marriage, when he fled Egypt.  There are no authentic sources either confirming or denying this, however the Quran tells us that Prophet Shuaib was from the people of Midian, and it was there that Moses found refuge.

Combing the stories of both Prophets Moses and Shuaib we find that Prophet Shuaib was one of the few truly good and upright men of Midian.  The people as a whole were bandits and robbers, deceiving one another and those who had the misfortune to pass through their townships and nomadic camps.  For the most part they led a happy and prosperous life due to the bounties from God.   However instead of being grateful they wanted to accumulate more and would lie and cheat in order to do so.  They moved far away from the religion of God, many were atheists, whilst others worshipped woodland or nature gods.

As was the case with all the prophets of God, Prophet Shuaib’s mission was to call his people to worship God alone and to follow His commandments.  He tried to do so by reminding them of the graces and favours bestowed on them by God, but they were heedless.  Those who had not completely abandoned belief worshipped in the incorrect manner of their forefathers and said to Shuaib, "Would you have us abandon the religion of our forefathers? Can we not do what we like with our own property", they sneered.

Islamic historian Ibn Kathir tells us that the people of Midian were the first people to impose fees and tolls on the people that passed through their territory.  They insisted on a life of robbery and injustice even though Prophet Shuaib did his best to convince them that the punishment of God would befall them if they did not desist.  They never exacted true measure and weight in their business dealings and Shuaib pleaded with them explaining that God would see them poor and destitute by taking away the bounties they had come to expect.

"‘…so give full measure and full weight and wrong not men in their things, and do not do mischief on the earth after it has been set in order, that will be better for you, if you are believers.  And sit not on every road, threatening, and hindering from the Path of God those who believe in Him and seeking to make it crooked...’" (Quran 7:85-86)

Prophet Shuaib continued to remonstrate with his people; he insisted that he was not trying to better himself but he wanted what was best for them.  He like all the others prophets that had come before him practiced exactly what he preached and asked no more from those whom he sought to guide than what he asked from himself.  As is the way with disbelievers they did not practice what they preached and they mocked and belittled Prophet Shuaib.

"He said, ‘O my people! Tell me if I have a clear evidence from my Lord and He has given me a good sustenance from Himself (shall I corrupt it by mixing it with the unlawfully earned money).  I wish not, in contradiction to you, to do that which I forbid you.  I only desire reform to the best of my power.  And my guidance cannot come except from God, in Him I trust and unto Him I repent.’" (Quran 11:88)

Prophet Shuaib then went on to warn his people that were likely to suffer a similar fate to the people of Prophets Noah, Hud and Saleh.  Destruction was the end product of their disobedience.  "…The people of Lot are not far from you" (Quran 11: 89), he admonished.  Ibn Kathir said that this phrase means that the people of Midian committed vicious sins such as highway robbery, as did the people of Lot.  Any other possible meanings for that phrase were also applicable because, he said, the people of Shuaib were close to the people of Lot in time, place and behaviour.

Shuaib’s people were growing tired of his constant reproaches and said they would stone him if it were not for his family.  This did not stop Shuaib from delivering his message calling for repentance.  The leaders amongst the disbelievers asked Shuaib’s followers to return to the religion of their forefathers but Shuaib supplicated to God calling on Him to protect the righteous amongst them.  Shuaib and his followers were driven out of the town.   The disbelievers went on with their ignoble lifestyles and thought no more of the warnings from Shuaib.

God however was well aware of Shuaib and his followers’ righteous behaviour and all the efforts made to dissuade the disbelievers from their dishonesty and ungrateful behaviour.   Shuaib warned of a terrible punishment and in no less than three different chapters, Quran mentions this punishment of the unrepentant people.

"…We saved Shuaib and those who believed with him, by mercy from Us.  And an awful cry seized the wrong-doers, and they lay (dead), prostrate in their homes." (Quran 11: 94)

"So the earthquake seized them and they lay (dead), prostrate in their homes." (Quran 7:91)

Ibn Kathir elaborates and tells us that they were exposed to unbearable hot scorching sun for no less than seven days.  They tried to cool down by using water but to no avail.  They escaped into a desert and found what they believed to be relief under a dark and gloomy cloud but the cloud rained drops of fire and the earth quaked under their feet.  God said, "Those who belied Shuaib became as if they had never dwelt there (in their homes).  Those who belied Shuaib, (they) were the losers."(Quran 7:92) Prophet Shuaib refused to lament over a people to whom he gave good and honest counsel.

I live in Antarctica and I really like this article! Thanks

Alhamdulillah Av learnt a lot from this

Allahu akbar, may Allah protect us from commiting those sins Ameen

I was reading the Quran, and wanted to find who shuaib was. Now I know. I have been a Muslim for almost two years, and like hearing stories.

This is so awesome learned a lot.