Description: A brief commentary of Chapter 19 of the Holy Quran.  These verses beautifully portray the birth and life of Jesus, and some of the characteristics of great prophets such as Abraham and Moses.  It also discusses life after death, resurrection and reward. 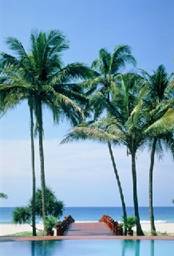 The name of this chapter is taken from the story of Mary, mother of Jesus (verses 16–35).  It begins with an account of the birth of John and of Jesus, the last representatives of prophecy in the house of Israel.  The claim that Jesus is the son of God is firmly denied, as is the assertion of the pagans of Mecca that the angels are God’s daughters.  It then mentions the missions of some earlier prophets, showing that only human beings are raised to reform the world.  Consisting of 93 verses, this is one of the early Meccan chapters, and was recited to Negus (Christian king of Abyssinia) in the presence of hostile ambassadors of Quraish, in the fifth year of Prophet Muhammad’s advent, nine years before Hijrah, by Ja’far, the head of the Muslim refugees, whereupon, according to the earliest Muslims chroniclers, the king and the bishop wept saying, ‘Indeed, this revelation and that of Moses proceed from one and the same source.’

The Quran makes us believe in the power of God in such a way that it enables us to see beyond the predictability of cause and effect.  Although God has made this universe in such a way that for everything there is physical reasoning but at the same time God has also made miracles happen which make us realize that God is not dependent on these laws.  We find in the Quran such examples which make us "see" this power, so that the closer we come towards Him with love and submission, the more belief we have in our hopes and dreams turning into reality.

In the Bible, Zechariah is husband of Elisabeth who is the cousin of Mary.  The Quran tells us that Zechariah was also the guardian of Mary, the mother of Jesus.

Zechariah was a prophet of God whose office was in the temple in Jerusalem.  He was in charge of services at the temple.  Zechariah’s wife was barren and both were very old.  Zechariah began to worry over who would carry on the daily services of the temple and preach the message of God after his death.  In response to Zechariah’s earnest prayer to God for a son, an angel announced that God will provide him a son whose name will be John (Yahya).

God made John compassionate, wise, pure, and kind to his parents who diligently practiced the commandments of the Torah.

Verses 16-22 Mary and her pregnancy with Jesus

An angel appears to Virgin Mary in the form of a man to convey the birth of a son – a mercy and a miracle from God.  Fearing reaction from people toward an unmarried pregnancy, she goes to Bethlehem.

Verses 27-33 Jesus speaking in the cradle

The baby Jesus miraculously speaks from the cradle in defense of his mother when Mary is probed about the child, announcing that he is God’s blessed servant and prophet, and has been commanded to pray, give charity, and be kind to his mother.

God does not take a son and has no need for one.  The above narrative is the truth about Jesus who declared that God is his Lord, so worship Him.

Remind all the sects who still differ about Jesus of the dreadful "Day of Remorse" when all will return to God.

Verses 41-47 Story of Abraham and his father

The truthful prophet, Abraham, gently reminds his father not to worship idols that cannot hear, see, or benefit themselves.  Threatened by physical violence and expelled from home, Abraham, vows to pray for his father.

Leaving home with continued prayers for his father and others, Abraham is later gifted with two prophets by God - Isaac and Jacob.

Verses 51-55 Characteristics of Moses and Ishmael

Moses was a chosen prophet called into close communion by God next to Mt.  Tur (the burning bush).  Ishmael was also a sincere prophet and messenger of God who was true to his word and cared for his family’s spiritual well-being; he reminded them to pray and be charitable.

Idris (probably Enoch of the Bible) was a sincere, prophet of God, elevated in status.

Verse 58 Other prophets from among the descendants of Adam, Noah, Abraham, and Israel

God favored the prophets listed above and they would fall weeping in prostration before Him.

A distinctive attribute of those whose character is molded by the teachings of the prophets, is that they are no longer slaves of their base desires, but rise above them.  They turn into people who remember God, the organized expression of which is prayer (salah).

The generations that came after the prophets became negligent of God and started following their base desires.  Being affiliated to a prophet shall be of no use to them.  They shall receive what they deserve.  Of them, only those shall be spared who return to the original religion and adopt a life of faith and virtuous deeds.

Verses 66-75 Deniers of resurrection, their punishment, and attitudes

The Arabs, who were first addressed by the Quran, accepted life after death, but their acceptance was purely formal and as such had no impact on their lives.  This indifference persists because people do not give serious consideration to this matter.  If they did, they would realize that the initial, first birth is in itself an argument in support of re-birth.

Verse 76 Reward of the guided

Just as one who keeps worldly interests in view, progresses in this world, similarly, one who acts with the afterlife in view, keeps accumulating his good deeds.

Man wants to be able to do as he likes in this world, but he does not want to suffer the consequences of his wrongdoings.  Therefore, man courts beings supposedly near and dear to God who could plead his case to Him.  Such useless pleading are based on false assumptions.  Those beings whom he ritually worshipped will disown him on Judgment Day, showing him nothing but hatred.

Belief in existence of God’s children can be explained in one of two ways: that God needs assistants like ordinary people or He desires having children.  Both propositions are baseless.

God loves those who believe and act righteously.

Quran is only in the Arabic language, but has been made easy for one to learn and memorize.

Those who oppose the call for Truth err in thinking that, in doing so, they will not come to any harm.  There is evidence of the opponents of Truth being wiped out, but they do not take any lesson from it.

Let us wake up to the reality of our powerlessness by acknowledging the power of God.  Total submission is the real strength in this world and a hope for everlasting success and happiness in the Hereafter.

I just want to say that I believe in the Quran and the teachings of Islam. I have fallen to my addiction and fight everyday. While I'm losing faith is the only reason I am still here. Thank you for your insight.