Description: A brief commentary of Chapter 107 of the Holy Quran. These verses talk about the characteristics of those who deny the Judgement Day or are heedless of it. 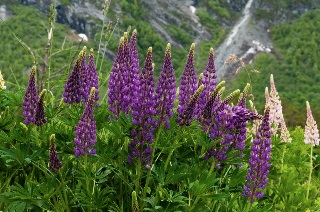 The majority of the scholars of Islam agree that this chapter was revealed in the city of Mecca.  Revelation in the early years of Islam before the migration was mainly concerned with establishing faith and the basic beliefs of Islam; The Oneness of God, His signs and evidences, the prophethood of Muhammad and the final Judgement.  This chapter is concerned with two of the core teachings of Islam, how you pray and how you give.  These two things show your connection to the Hereafter and whether or not you believe with certainty in the judgment of God.

This chapter is named after the final words of the final verse.  A small action apparently insignificant but holding much weight in the eyes of God.

Verses 1-3 Those who deny the Judgment

God is asking the Prophet Muhammad, may the mercy and blessings of Allah be upon him, did you see these people lying about the religion; denying the judgment? They go about their sinful ways refusing to accept that they will be called to account.  They are recognizable by the way they act.  They are those who drive away the orphans, the most vulnerable of any society.  In essence God is asking us to look around us and see those who deny any sort of judgement or recompense for their behavior.   If you only care about yourself and your position in this world it is easy to push away those that need help.  If you deny the judgement then there is no need to care for those less fortunate.

Not only do those who deny the recompense push away and ignore the poor, they also refuse to encourage or inspire others to help those in need.  They do not encourage feeding the poor.  In the time of the Prophet the leaders of Meccan society trampled on the rights of the poor and desolate.  Today we can see their like in the politicians and leaders of communities who refuse to take care of the most defenceless members of any society.  Looking after the weak, feeding the poor is not something that they encourage and on the Day of Judgement they will be judged harshly.

It is the right of the poor to be fed and looked after by those who have the means to do so.  In this chapter God shows the connection between denial of the recompense and bad behavior.  He also goes further by connecting prayer with behaviour.

Verses 4-7 Those who are heedless in prayer.

Verse four demands our attention.  Woe to those who pray.  The person reading this verse immediately thinks, "Me? Is this referring to me? I pray." It is referring to those who are heedless in their prayer; those who deliberately delay their prayer or move through the positions of prayer like a chicken plucking at the ground for food, or those who pray whilst wishing that the prayer would be over.  They might execute the prayer but their hearts are hard and do not open up to the essence and purpose of prayer.  There are some people who pray only because it is an obligation; otherwise it would have no place in their hearts or their lives.

This admonition does not include those who fall short in their prayer but nevertheless struggle to keep their thoughts focused.   Nor does it include those who are forgetful or plagued by whisperings.  It includes those who deny their own need for prayer and those who would do anything rather than rise up to pray when the call is given.

These people are also recognizable by their behavior.  They make a show of their religious obligations but refuse to help others.  They want others to view them as good religious people but are careless about how God views them.   They resist showing even the smallest kindness to others.  Their prayers have not affected their hearts or behavior.  Their hearts are hard.  In this chapter God is telling us the two things that will soften our hearts; prayer and charity.  These two things are intertwined.

This chapter talks about crimes against people and crimes against God.  If a person refuses to acknowledge that it is the right of the poor and the needy to be helped, then it stands to reason that he also refuses to give God His rights, specifically the right to be worshipped.  People who fit this description are so self-centred that they refuse to do even the smallest acts of kindness, things that you would not miss or even think about again such as a smile.

Our actions have consequences and the most important of all consequences will become clear on the Day of Judgment.  God is telling us clearly how to avoid a disastrous outcome on that fateful Day.