The Prophet’s Patience when Conveying the Message (part 2 of 2): God Commands us to be Patient

Description: Examples of Prophet Muhammad’s patience and a brief look at God’s command to be patient. 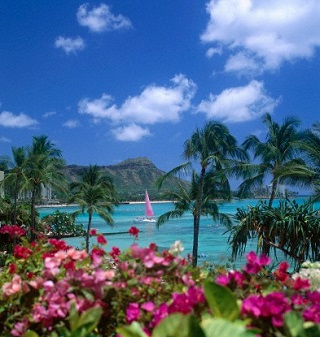 This is a continuation of our story about Prophet Muhammad’s patience in the face of adversity.  We left off with Rabbi Zaid standing under the malevolent gaze of Umar.  The Rabbi turned away and Prophet Muhammad said to Umar, "… you should have given us sincere counselling, rather than act as you did! Go and repay him his loan, and give him twenty Sa’a (a measurement of weight) extra because you scared him!"

Prophet Muhammad was patient with everybody, his close companions, acquaintances such as the Rabbi, and even strangers.  He was suggesting that it would have been better for Umar to be patient and give sincere counselling such as suggesting a solution that left everybody satisfied, rather than lose his temper.When pondering this story one might also wonder why the Rabbi was asking for the repayment days before the loan was due.  The men were in fact gathered together after the funeral of one of the residents of Medina.  Perhaps the Rabbi seized the opportunity to ask about his loan; perhaps he was an impatient man who wanted to make sure his loan would be repaid in a timely manner or it may have been that he wanted to test Prophet Muhammad, to make sure he was truly a prophet.  Humankind has all manner of ways of dealing with each other but following the example of Prophet Muhammad is always the best way, which becomes clear as we continue the story.

Rabbi Zaid then says, "Umar went with me, repaid me the debt, and gave me an extra twenty Sa’a of dates.  I asked him why and he replied, ‘The Messenger of God ordered me to give it to you because I frightened you.’"  Zaid realised then that Umar had no idea who he was and asked him if he did in fact know.  Umar answered that he had no idea.  Zaid looked at Umar and said, "I am Zaid ibn Sanah, the Rabbi".  Umar was amazed and asked Zaid why he behaved that way towards the Prophet? Zaid explained that he had seen many signs of prophethood in Muhammad except two and he wanted to test the final two signs.    They were that patience and perseverance would take precedence over anger, and that harsh treatment was repaid with kindness.  This was exactly what Rabbi Zaid had observed.

Prophet Muhammad did not show such patience when conveying the message because he thought it might make his life easier, he did it because he was commanded by God to do so.  In many cases it did not make his life easier.   The Prophet’s uncle, the man known as Abu Lahab and his wife were great enemies of Islam and of Prophet Muhammad.  Everyday they would throw stones and dirt at his house and encourage others to do so.  Many threw stones not only at his house but at his body.  Injuries were not uncommon.  Thorns were spread on the ground in a way that Prophet Muhammad could not avoid them and on many days the Prophet’s feet would bleed after extracting the thorns.  How did he react? With patience, with forbearance,  and with forgiveness.

To place emphasis on the importance of behaving in a calm and kind manner, God mentions it time after time throughout the Quran.  God says, bear patiently, forgive them, pardon them, and repress your anger.

"Those who spend (in God’s Cause) in prosperity and in adversity, who repress anger, and who pardon the people; verily, God loves the good-doers." (Quran 3:134)

"Many of the followers of the People of the Scripture wish that they could turn you back into disbelievers after you have believed… but you should pardon and forgive." (Quran 2:109)

Prophet Muhammad patiently bore the persecution and abuse that he suffered when calling people to the truth of Islam.  The idolaters, the pagans,  and the hypocrites all mocked him, insulted him, disbelieved him and abused him.  He was called a liar and a magician, a soothsayer and a madman but this did not deter him from conveying his message.  God had warned Prophet Muhammad that many would disbelieve, ignore or abuse him.

"So be patient (O Muhammad).  Verily, the Promise of God is true; and let not those who have no certainty of Faith discourage you from conveying God’s Message." (Quran 30:60)

When conveying the message Prophet Muhammad never lost his temper or behaved violently.  He never raised his voice or looked at them with disdain.  If he engaged in debate or argument he did so in a calm and clever way.

"Invite humankind, O Muhammad to the way of your Lord with wisdom  and fair preaching, and argue with them in a way that is better…" (Quran 16:125)

"And argue not with the People of the Scripture (Jews and Christians), unless it be in (a way) that is better (with good words and in good manner, inviting them to Islamic Monotheism with His Verses), except with such of them as do wrong; and say (to them): ‘We believe in that which has been revealed to us and revealed to you; our God and your God is One and to Him we have submitted’" (Quran 29:46)

When Prophet Muhammad spoke to his companions about conveying the message he was always concerned with their behaviour.   When sending companions to the Jews and Christians in Yemen he advised them to, "Be easy going and do not be harsh, give glad tidings and do not put people off."[2]  Moreover God forbade anyone to initiate insults or to respond to harsh words about the message with insults.

And insult not those whom they (disbelievers) worship besides God, lest they insult God wrongfully without knowledge" (Quran 6:108)

Prophet Muhammad and those who convey the message are commanded by God not to behave badly no matter what the provocation.  God says do not insult, do not respond and in addition to this we are told to turn away from the ignorant.  Prophet Muhammad did exactly what he was commanded to do - convey the message and bear the ridicules patiently, forgive them and turn away from the ignorant.

"And if you invite them to guidance, they hear not; and you see them looking at you, yet they see not.  Hold fast to forgiveness, enjoin goodness and turn away from the ignorant." (Quran 7:198-199)

Prophet Muhammad’s patience when conveying the message was endless.  He never tired of speaking to people, Muslim and non-Muslim alike, about the religion of Islam.  His sincerity was obvious and he never engaged in useless arguments or debates destined for disaster.  He treated people well, with kindness and compassion, he overlooked faults and bad behaviour and when all else failed, he turned away.  Violence, anger and rudeness were never part of his method nor were they part of his character.  He showed patience in the face of adversity and kindness in the face of harsh treatment.

Previous: The Prophet’s Patience when Conveying the Message (part 1 of 2): The Followers of Muhammad are Patient