Forgiveness vs.  Retaliation (part 2 of 2): Overcome Anger and Forgive

Description: Why forgiveness just might be better than retaliation. 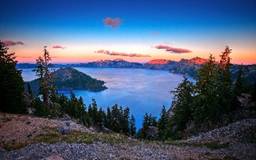 As explained in Part 1 God understands the intricate nature of humankind.  Some people will not be satisfied without some sort of pay back or retaliation against those who do them an injustice; and rightly so.  However the religion of Islam tells us several things that are worth bearing in mind before retaliating.

The first and possibly the most important reason to forgive rather than retaliate is that the Quran and the traditions of Prophet Muhammad encourage us to do so.  Forgiveness means to relinquish the right of retaliation that you have over somebody for something wrong done to you.  God offers innumerable rewards for those who do forgive.  It is in fact among the good morals and the noble characteristics that all believers should aim for.  Even in the agony of despair these rewards are extremely valuable and if one can exercise patience and think before retaliating they might find that indeed forgiveness is better.

God exhorts us over and over to think, be patient, overcome our anger and forgive.  One of Prophet Muhammad’s companions once said that in any dispute regarding retaliation he never saw the Prophet command anything but remission.  When someone is unjust to us or commits evil against us, we are encouraged to respond with kind and good actions, so that the hatred between us will evaporate.

"The good deed and the evil deed cannot be equal.  Repel (the evil) with one which is better (i.e.  God orders the faithful believers to be patient at the time of anger, and to excuse those who treat them badly) then verily he, between whom and you there was enmity, (will become) as though he was a close friend." (Quran 41:34)

"And if you punish, then punish them with the like of that with which you were afflicted.  But if you endure patiently, verily, it is better for the patient." (Quran 16:126)

Islam allows retaliation as a tool to achieve justice, to calm anger, to relieve emotional suffering, to prevent oppression of the criminal and to put an end to excessive force.  At the same time, it encourages the wronged person to forgive and pardon the one who did wrong.   However, having said that, when trying to decide between permissible retaliation and forgiveness, it is worth remembering that God Himself is the Most Just.

"And We shall set up balances of justice on the Day of Resurrection, then none will be dealt with unjustly in anything.  And if there be (even) the weight of a mustard seed, We will bring it.  And Sufficient are We to take account." (Quran 21:47)

Another good reason to think about forgiveness before retaliation or anger is that there is a direct connection between the way we treat others and the way God treats us.   Prophet Muhammad used this parable to illustrate this.   "There was a merchant who used to extend credit to people.  If he found one of his customers to be in straightened means, he would say to his assistants: ‘Forgive them their debt, perhaps God will forgive us.’ God did forgive him."[2]

God describes the believers as:

"…those who avoid the major sins and immoralities, and when they are angry, they forgive" (Quran 42:37)

The inability to forgive can affect us deeply, emotionally, spiritually and even physically.  It causes stress and ill health.  When you forgive someone you not only give up your right to retaliation but you also give up feelings of revenge and resentment.  Recent research specifically on the health benefits of forgiveness shows that people who can make this mental shift between retaliation and forgiveness may benefit in ways they didn’t anticipate[3].  One study even makes the claim that people who forgive live longer.[4]

Forgive and forget is a saying that is often heard and while forgetting might be near impossible for some wrongs that are committed against us, forgiving is tantamount to trusting in God alone.  God will lift the burden from our minds and our hearts.  Withholding forgiveness is often based on an unconscious attempt to keep us safe and in control of the own little sphere of influence.  A believer knows however that this is only an illusion of safety and control.  It is God that keeps us safe and He is the one with the power to control all events, from a leaf falling from a tree to the time of our death.

"And with Him are the keys of the unseen; none knows them except Him.  And He knows what is on the land and in the sea.  Not a leaf falls but that He knows it…" (Quran 6:59)

Perhaps the most amazing example of forgiveness rather than retaliation happened when Prophet Muhammad conquered the city of Mecca.  He and his followers left the city after being abused, and tortured, driven from their homes, starved and humiliated, and murdered and maimed.  When he rode into Mecca humbly, on a donkey, Prophet Muhammad had the power to exact any revenge he wanted.  He could have retaliated in any way that he saw fit, yet he chose forgiveness.  He said to the people of Mecca the same words that Prophet Yusuf said to his brothers.

"No blame will there be upon you today.  May God forgive you; and He is the Most Merciful of those who show mercy." (Quran 12:92)

Previous: Forgiveness vs. Retaliation (part 1 of 2): To Forgive or not to Forgive; that is the Question