Forgiveness vs. Retaliation (part 1 of 2): To Forgive or not to Forgive; that is the Question

Description: A brief explanation of the law known as Qisas and its connection to forgiveness. 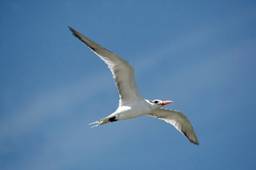 Islam is a religion that takes into account the nature of humankind; after all, the One who created us knows us best.  We were not created perfect, we make mistakes, we forget, we sin, we fall prey to our emotions and hormones, and our sense of justice may not be as finely tuned as we might desire or think.  Thus the doctrines of Islam, the two main sources of jurisprudence, the Quran and the Sunnah (sometimes called the authentic traditions of Prophet Muhammad), set out for us the guidelines under which the law is applied.  Unlike modern secular societies there is no separation between religion and state.  For the Islamic society to function, the laws of God must be applied.

Islam repeats the Torah or Old Testament’s eye for an eye principle and uses both capital and corporal punishment for many crimes.  However what is often overlooked is that the Quran and the traditions of Prophet Muhammad call for forgiveness instead of retaliation. Islam and its legal principles support forgiveness and peaceful arrangements between all parties.  The second of three categories of crime in Islamic law is Qisas.  Islamically qisas means the law of retaliation, however it is derived from the root qess meaning to track down the effect or trace of something, it may also be defined as tracking the footsteps of an enemy.

"…punish with an equivalent of that with which you were harmed. But if you are patient - it is better for those who are patient." (Quran 16:126)

"And We ordained for them therein a life for a life, an eye for an eye, a nose for a nose, an ear for an ear, a tooth for a tooth, and for wounds is legal retribution.  But if anyone remits the retaliation by way of charity, it shall be for him an expiation. And whosoever does not judge by that which God has revealed, such are the wrongdoers." (Quran 5:45)

Qisas is specifically for murder or serious assault.  Whenever a person causes physical harm or death to another, the injured or a representative of the deceased has the right to retaliation.  In crimes covered under the laws of Qisas the victim or his representative have three options, to insist upon the punishment, accept monetary recompense, or forgive the offender. Forgiveness is even able to avert the death penalty.[1]  Quran urges forgiveness and mercy even in the direst of circumstances.

As mentioned above the law of retaliation or qisas refers to a particular set of crimes that may be lawfully punished in the same way and to the same degree. In the case of serious assault for example, the victim has the right to choose an eye for an eye, an ear for an ear or a leg for a leg. Qisas also allows for the victim or his representative to choose a different outcome. He may accept compensation also known as blood money or in Arabic, diya. Payment of the diya is calculated on a scale proportionate to the degree of incapacity or injury caused. On the other hand the victim or his representative may also choose to forgive, and despite the legality of all three choices, Quran makes it clear that the better option is to choose to forgive.  In Islam reconciliation is always preferable to retaliation.

A renowned psychologist once said that without forgiveness life is governed by an endless cycle of resentment and retaliation.  No matter which of the three outcomes the victim chooses the aim is to put an end to the cycle of retribution and retaliation, and not let the repercussions of the crime persist and damage the Islamic community. In other words, qisas limits the consequences.  The victim’s need for justice is satisfied while preventing unnecessary harm to the perpetrator.

The combination of diya and forgiveness produces a powerful material and spiritual inducement to forgo retribution.  When the victim has the right to choose, in many cases he chooses to forgive because God’s reward is more desirable then any earthly benefit, or the fleeting pleasure of seeing earthly punishment inflicted.

Prophet Muhammad consistently chose forgiveness over retaliation. His behaviour is the best example of forgiveness and compassion.  The crimes against him were often vile and demeaning yet he took God’s words literally and chose kindness over anger.  He had the power and means to retaliate yet the harsher the crime against him the more lenient he became.

"Keep to forgiveness (O Muhammad), and enjoin kindness, and turn away from the ignorant." (Quran 7:199)

In this article we have examined the law of qisas and discovered that forgiveness is the best course of action.  Nevertheless God knows the human need for justice in this world and thus He has provided us with a method of retaliation that is fair and just.  However, throughout the Quran and the traditions of Prophet Muhammad we are told that forgiveness is better and in the next article we will discover why.  Do you not wish to be forgiven by God?

"Let them forgive and overlook: do you not wish that God should forgive you? For God is Oft-Forgiving, Most Merciful." (Quran 24:22)

"But if someone is steadfast and forgives, that is the most resolute course to follow." (Quran 42:43)

Next: Forgiveness vs.  Retaliation (part 2 of 2): Overcome Anger and Forgive