The Psychology of Self-Control in Islam (part 2 of 2): The Cool Cognitive Approach

Description: How Islam teaches self-control and thus sets us up for success. 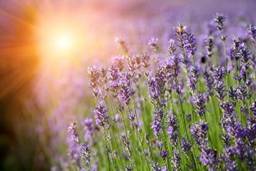 Prophet Muhammad, may the mercy and blessings of God be upon him, had a great deal to say on the subject of anger.  His thoughts and recommendations resonate perfectly with the discussion of resisting short term temptations to meet long term goals with which we ended part 1.  In many of his sayings and traditions Prophet Muhammad tells us to use self-control and respond to the source of our anger with a cool cognitive approach rather than a hot over emotional response.  The hot or emotional response is often the one we resort to most easily and just as often it usually leads to a less desirable outcome.  Increasingly modern studies suggest that people who consistently have a hot response should be offered ways to cool down their response.  Let us examine some of the hadith from the perspective of self-control.

·       "The strong person is not he who has physical strength but he that can control his anger."[1]  Prophet Muhammad is telling us that it takes a strong person to have self-restraint when he or she is angry and that self-control is obviously a desirable quality for a believer to aspire to.

·       "If one of you gets angry and he is standing, then he should sit down until his anger subsides.  If it does not, then he should lie down."[2]  When a person is overcome by anger it is hard to keep a cool head and to make a considered response.  However the act of sitting down, delaying the response allows the person to cool down, and think clearly.  If sitting down is not enough then we are told to lie down.  Metaphorically pouring water on the hot response.

·       "When anyone of you gets angry, let him perform ablution because anger arises from fire."[3]  Performing ablution literally rather than metaphorically pours water over a hot unconsidered response.

Self-control can be described as what people use to restrain their impulses and desires.  It is the capacity to override one response with another.  The 21st century world of psychology sees this as being a very desirable trait and one that those who wish to be successful should cultivate, and silly as it might sound, exercise.  In more than one study self-control has been compared to a muscle.[4]  Engaging in acts of self-control draws energy from a limited resource and once it is depleted there is less energy to be used for self-regulation.  This is much the same as a muscle that requires strength and energy to exert force and after some time it gets tired.  However it seems that the more you exercise self-control the easier it becomes.

People start out refreshed but over the course of the day their willpower starts to diminish.  Making many choices and self-regulation makes them weary.   Researchers have observed that self-control tends to break down late in the day, especially on demanding or stressful days.  Most diets are broken in the evening, sexual misdeeds and addictive behavioural relapses occur at the end of long and stressful days.  Studies have shown that people are more willing to cheat and steal when there willpower reserve is depleted.[5]

Islam has long held the view that people need more reminders as the day goes on.  If we look at prayer as a reminder, we can see that it serves this purpose as people get tired over the course of the day.  We start the day with Fajr, the Morning Prayer and then have a big block of time in which to get the productive work done.  Any moral or self-regulating choices we have to make are tackled with ease.  At the noonday prayer we have time to be thankful, to rest our weary brains and remember that our lives are dedicated to pleasing God.  But it is still a long day, we are hungry and tired.

Those reminders from God however just keep coming; there are three more obligatory prayers before bedtime.  Prayer, as we should not forget, is a little kick start, we leave it feeling refreshed, a tiny bit closer to God and determined to stay away from anything that displeases Him.  We have the antidote to muscle fatigue both physically and mentally.  Who would be inclined to get up from there place of prayer to cheat, lie or steal?

Prophet Muhammad said that the first thing that will be judged among a person’s deeds on the Day of Resurrection is the prayer.  If that is in good order, he will prosper, and it that is defective, he will fail.[6]  If a person’s connection to God is maintained throughout the day it allows him to strive against all kinds of evil and temptation and it gives him the fortitude to make good choices using willpower and self-restraint.

Like any good muscle, the more we use it the stronger it becomes and not only that, we develop what is called muscle memory. These are memories of frequently enacted tasks that are stored in the brain.  Through repetition you can become extremely good at something; self-control for example.  The evidence suggests successful people spend relatively less time struggling with temptations and choices.  Successful people are they who, with God’s permission and help, have developed strong self-control.  No one is suggesting that it is easy but it is doable and it is desirable.

God explains in the Quran that human beings have a weakness that impedes their success.  This weakness is a lack of willpower or the inability to sustain their sense of purpose.  As believers we know what to do but often we lack the self-control to keep heading in the right direction.  We build no muscle memory.  Our way of life, Islam, gives us countless opportunities to build up our strength and countless ways to use our self-control.  The newly discovered psychology of self-control has been embedded in the religion of Islam for quite some time; from the time of Adam in fact.

"And, indeed, We made a covenant with Adam before, but he forgot and We found on his part no firm willpower." (Quran 20:115)

"But whoever desires the Hereafter and exerts the effort due to it while he is a believer – it is those whose effort is ever appreciated (by God)." (Quran 17:19)

A good way to leave our discussion of Islam and self-control is with a saying from Prophet Muhammad.   It is a reminder that even the smallest effort can be huge in the reckoning of God.

"..the deeds most loved by God (are those) done regularly, even if they are few."[7]

Previous: The Psychology of Self-Control in Islam (part 1 of 2): Choices and Challenges