The Psychology of Self-Control in Islam (part 1 of 2): Choices and Challenges

Description: Free will, self-control and the path to success. 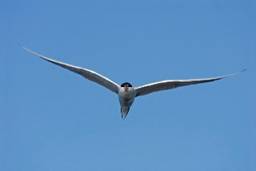 I often begin articles or essays about Islam reminding readers that Islam is a way of life.  Yes it is a religion but not one that can be put away only to be dusted off at the end of the week and paraded around a centre of worship.  Islam permeates everything a believer does; it influences his behaviour on both conscious and unconscious levels. For those looking at Islam from the outside it might appear to be a very strict religion, as it is an ongoing exercise in self-control, and a daily fight against temptation, but the reality is that Islam is not strict. In order to understand this further the concept of free will in Islam must be explained.

Dictionary.com defines free will as a free and independent choice.  The British dictionary goes a little further and says free will is the apparent human ability to make choices that are not externally determined.  Free will is our ability to choose the way we respond to outside stimuli, we can choose to act righteously or wrongfully. In other words we are responsible for our own actions.

Every day we are faced with choices and challenges and every believer knows that this life is full of tests.  These tests are designed by God not to ‘trip us up’, as some might suggest, but to give us more chances to choose the right thing.  We can choose to use our voices to praise God or we can use them to swear and lie; we can choose to walk to a mosque or an Islamic centre or we can choose to walk instead to places of vice.  There is nothing to stop people making the wrong choice except a little thing called self-control.

Self-control is something that is sadly lacking in the developed world.  Many psychologists and researchers are beginning to suggest that it is lacking because we have concentrated on developing the quality of self-esteem rather than self-control. We have convinced ourselves and our children that self-confidence is the key to success.  According to Jean Twenge, one psychologist amongst many with the same idea, self-confidence is not the key to success.  She says, "What’s really become prevalent over the last two decades is the idea that being highly self-confident – loving yourself, believing in yourself – is the key to success.  Now the interesting thing about that belief is it’s widely held, it’s very deeply held, and it’s also untrue."[1]  Florida State University Professor Roy Baumeister, who has studied the topic of self-esteem versus self-control for many years, believes that self-esteem does not lead to success. "Self-control is much more powerful and well-supported as a cause of personal success," he says.

Self-control is a quality that is embedded in the religion of Islam and surely that is not a coincidence.  Is it not obvious that the trait of self-control is something that God wants us to strive for?  We are faced with choices and temptations in every direction. We are asked to lower our gaze, to control our anger, and to consider our words before speaking.  The fasting month of Ramadan is an exercise in self-control.  We refrain from food and liquids from dawn to sunset.  We might be hungry and thirsty but we exercise self-control in order to please God and to build our resilience.  Following our own desires is not something that Islam encourages.

"…they only follow their own lusts.  And who is more astray than one who follows his own lusts, without guidance from God..." (Quran 28:50)

Islam asks us to follow a path to success and it defines success as pleasing God and being rewarded with a blissful life in the Hereafter.  If we do not exercise self-control eternal success will be very very difficult to achieve.  Islam does not ask us to live a miserable life waiting for an eternally blissful one but it does ask us to delay immediate gratification that sometimes comes from giving in to temptation, in favour of a bigger reward later.

"But as for him who feared standing before his Lord, and restrained himself from impure evil desires and lusts. Verily, Paradise will be his abode." (Quran 79:40-41)

Around 50 years ago a psychologist at Stanford University in the USA conducted a series of experiments into delayed gratification in children.  This experiment has come to be known as the Marshmallow experiment and it went something like this.  A group of children aged 4-6 years old were each given a marshmallow. Each child was told that he or she could eat the marshmallow as soon as the experimenter left, i.e. straight away, or they could wait until the experimenter returned approximately 15 minutes later at which time they could have two marshmallows.

Later when the children were revisited as adolescents it was found that those who delayed gratification scored higher in exams.  They were described by their parents as having the ability to plan, handle stress, and concentrate without becoming distracted, and they exhibited self-control in difficult situations.  When they were revisited again in their 40’s, those children who were unable to delay gratification in the marshmallow test performed poorly on set self-control tasks.

The marshmallow – delayed gratification experiments have been ongoing, even in 2014 research and experiments are being published and added to the body of work. We, the psychologists and amateur psychologists of the world, have learned a lot about will power and self-control.  Self-control, according to Professor Roy Baumeister, means the ability to delay gratification, but that is not all.  It also entails resisting short term temptations to meet long term goals and the ability to employ a "cool" cognitive system of behaviour rather than a "hot" emotional system.  Self-control, Professor Baumeister says is synonymous with self-regulation, and self-regulation means changing responses based on some rule, value or ideal.[2]  For Muslims that value or ideal is the way of life known as Islam.

In the next article we will continue the discussion by looking at concepts of hot and cold behaviour in self-regulation, and in Islam, and the idea that self-control, like a muscle gets tired.

Next: The Psychology of Self-Control in Islam (part 2 of 2): The Cool Cognitive Approach

Salam, I really liked your discussion about the importance of self- control in human growth as Quran emphasises . I also a psychologist and I do believe Quran has answers and cures to human 'struggles and pains . However, Quran always advises us to keep practicing those right behaviors if we want the desirable result , so every cure or growth comes with constant practice of right choices, self- control, daily prayers, giving, kindness, and many others. I have been studying Quran to find some of these connection and answers such as the impact of human behavior on nature, or how to develop theories based on Quran for treating addiction. I am very blessed to came across your article in these website; you are bright and thoughtful and I encourage you to keep on. Thanks