The Partnership Between Body and Soul

Description: The worship in Islam involves both body and soul and develops a person to become a better human being. 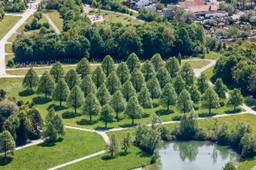 The dualism between the body and soul is very clearly evident in the physical world.  The body is subservient and the soul is in charge; however both are indispensable.  It is just that the soul is the master while the body is the obedient servant.

People have a habit of letting themselves become fully absorbed in fulfilling their physical needs to the utter disregard of their spiritual ones, which are rarely so much as contemplated.

We need only look at the vast number of institutions that exist to deal with the material aspects of our lives compared to the paucity of those that focus on the needs of the soul – the mosque being one of those.

The body has its rights and its demands upon us.  However what worth does the body have without the soul?  It is a mere corpse, no matter how powerfully or beautifully it is constructed.  If the soul departs from it, it becomes a wasted husk.  Its beauty can only be realized in partnership with the soul.

If we look to apply this concept within an Islamic context, we immediately notice that all our acts of worship (including prayer, fasting, Zakah, and Hajj) require the participation of both the body and soul.

However, the regrettable thing that overwhelmed the People of the Scripture – the followers of Moses and Jesus (peace be upon them both) – as well as many of the followers of Muhammad, may the mercy and blessings of God be upon him – is that of being overly concerned with outward appearances at the expense of substance.  There is more concern about physical appearance than there is with the soul.  Concern for the outward aspects of worship is something good (though at times it can get out of hand), but such concern should not result in the inner meaning of our worship being forgotten.

The physical aspects of our prayers are our standing, bowing, sitting, and prostrating.  These are the aspects of prayer that most Muslims learn and commit to memory.  These are the matters that they generally ask about, sometimes in great detail.

The spiritual aspects of prayer are our devotion, humility, and submission to God in full sincerity and devotion.  It entails our recognition of God’s greatness and divinity that inspires us with a sense of reverence and awe.

Is there any relationship between our concern for the physical aspects of prayer and our concern for the spiritual?  Indeed, there is!  When we carry out the outward aspects of prayer, we are, without doubt, obeying our Lord and fulfilling His command by upholding one of the pillars of our faith.  At the same time, we realize that there is an infinite wisdom behind these acts of worship; at times, we comprehend that wisdom!

The same can be said for fasting.  Why do we fast?  Surely God does not need our fasts.

The Prophet said: "Whoever does not leave off false speech and evil deeds, then God has no need of his leaving off his food and drink."[1]

We know that God has no need for us to abstain from eating and drinking.

Surely fasting was not prescribed to punish us and make us suffer from hunger and thirst, for God says:

"What can God gain by your punishment if you are thankful and you believe, and God is grateful and all-knowing." (Quran 4:147)

The Prophet, during the pilgrimage, saw an old man being supported on both sides by his two sons.  The Prophet asked: "What is the matter with him?"

They said: "He had taken an oath to walk."

The Prophet said: "God is in no need of this man’s punishing of himself." Then he ordered the man to ride.[3]

Was fasting, then, prescribed for us to attain blessings and rewards?

Without doubt, God bestows immense rewards upon His servants for their fasts.  The Prophet said: "Whoever fasts in faith seeking reward, all of his previous sins will be forgiven."[4]

However, the rewards and blessings that we receive for our fasts, our prayers, and our charity are God’s reward to us to encourage us to do these good deeds.

The question remains: Why do we fast?  Why do we get such a great reward for doing so?  Why do we pray and embark upon the pilgrimage?

As I see it, we do so for two purposes:

The first is to develop our faith and build our moral character on a basis of piety and certainty.  God says about fasting:

About the Hajj, He says:

"And let there be no obscenity, wickedness, or wrangling in the Hajj." (Quran 2:197)

"Take alms of their wealth, wherewith you may cleanse them and purify them." (Quran 9:103)

This meaning can be seen in all acts of worship.  They all seek to build a person’s character and perfect his moral conduct, his beliefs, and his faith.  Our worship aims to cleanse and renew our hearts, making them free from base qualities like deception, avarice, rancour, and unbridled lust.

The second purpose of our worship is to reform the relationship between the person and others.  By developing a person’s character and cultivating within him certain values, a person’s worship results in his safeguarding the rights of others on every possible level of interaction.

This includes the relationship between husband and wife, parent and child, and likewise between neighbours and between the governed and the one who governs them.  Even the rights of animals and the environment are safeguarded in this way.  Islam brings with it values governing a Muslim’s conduct towards everything that surrounds him.

All the acts of worship that were prescribed to humanity in the previous manifestations of the religion and in Islam are part of a single program designed to fulfill these two purposes: to build the individual and to develop his relationship with others.

What meaning does fasting have for a person who merely eschews food and drink and other pleasures that are lawful under normal circumstances, only to engage in forbidden acts like speaking falsehood and mistreating others?  How much worse is it to engage in unlawful things in the month of Ramadan, and possibly even during the day while fasting?  How is it for such a person who lives a dual life, his worship completely divorced from his everyday life, having no effect on his dealings with others?

We have a right to ask ourselves in earnest: When will our worship change from being merely an outwardly act into a reality that is rich in meaning and that carries with it a deep and noble purpose?  When will our worship start to affect our personalities, building us into people of integrity who fulfill their duties, recognize their own shortcomings, and work to improve themselves before rushing to judge others?

Only then will our worship take on its full meaning.