Description: The rights of guests and the responsibilities of the guests towards their hosts. 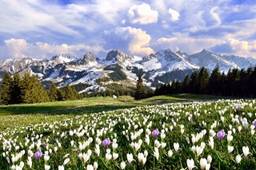 All actions performed daily and all actions carried out during the course of life can be raised to the status of worship simply by doing them as taught by Prophet Muhammad, may the mercy and blessings of God be upon him, and to seek the pleasure of God.

In this article we are going to look at the Islamic way to treat guests.  Prophet Muhammad reminded us of the high status of one who treats his guest well when he said, "…Let the believer in God and the Day of Judgment honor his guest."[1]  Honoring, or treating a guest well is coupled with two of the most important beliefs in Islam, belief in God and belief in the Day of Judgment.  In Islam, the hospitality relationship is triangular; it consists of host, guest, and God.  Hospitality is a right rather than a gift, and the duty to supply it is a duty to God.

When a guest arrives at your home, whether he or she is expected or not, if you remember a few simple things it is easy to provide your guest with a pleasurable experience and to reap the rewards attained by pleasing God.  Greet the guests warmly, welcome them to your home and show them into a comfortable and appropriate room.  Hasten to provide them with food and drink so that they do not have to ask for these things.  Prophet Muhammad showed respect to his guests by offering them the choicest food and delivering it in a timely manner.

The guest also has responsibilities.  One of them is to announce his or her visit in advance whenever possible.  Another is to hasten to taste the refreshments and to pray for and ask blessings upon the host.   After seeing to the initial needs of his guest the Muslim should take interest in his or her conversation.  However, if the guest should speak about or engage in unlawful activity, the Muslim has every right to ask him to refrain from doing so.

It is the host’s duty to make the guest feel comfortable.  One way of doing this is by identifying his or her possible needs in advance.  It is better to offer a guest something before he or she has the chance to ask for it because a courteous guest may hesitate to mention any need.  Out of his or her thoughtfulness, such a guest would even try to prevent the host from offering anything.   The Quran offers the example of Prophet Abraham anticipating the guest’s needs and hastening to fulfill them.

Has the story reached you of the honored guests of Abraham? Behold, they entered his presence and said: "Peace!" He said: "Peace!" (and thought: "They seem) unusual people." Then he turned quickly to his household, brought out a roasted fattened calf, and placed it before them.  He said: "Will you not eat?" (Quran 51: 24-27)

Prophet Muhammad also said, "...And it is not lawful for a guest to stay with his host for such a long period as to put him in a critical position."[3] Again the responsibility of the guest is to bear in mind the conditions of his host and not burden him with what he cannot afford.  Everybody has various duties and obligations that must be attended to, many of which may not be obvious or visible to the guest.  By prolonging one’s stay one might inadvertently put his or her host under unbearable pressure.

One of the great Islamic scholars of Islam, Abu Hamid Muhammad ibn Muhammad al-Ghazali (1058–1111 CE) wrote a beautiful paragraph in one of his books about the generosity of Prophet Muhammad to his guests.  "(He) used to honor his guests; he even spread his garment for a non-relative guest to sit on it.  He used to offer his guest his own cushion and insist on him to accept it until the latter accepts [sic] it from him.  No one came to him as a guest but thought that he was the most generous of people.  He gave each one of his companions sitting with him his due portion of his attention, so he directed his listening, talking, looks and attention to all his companions.  His meeting [sic] were characterized by modesty, humbleness and honesty.  He used to call his companions by their favorite nickname to honor them..."[4]

The companions were eager to emulate the ways of Prophet Muhammad.  A verse in the Quran was revealed highlighting the hospitality shown to a guest by the companions Abu Talha and his wife Umm Sulaim.  Abu Talha welcomed a hungry traveler into his home even though they had very little to eat.  Thus he asked his wife to bring whatever provisions they had and give it to the guest.  As the guest ate his fill, they pretended to eat in the dim candlelight.  The following day Prophet Muhammad gave them the great news that God had revealed a verse about them and their generosity.

"…but give them preference over themselves, even though they were in need of that.   And whosoever is saved from his covetousness such are they who will be successful." (Quran 59: 9)

A guest enjoys a special place in Islam.  Honoring the guest is tied to the faith of a true believer.  Our righteous predecessors understood that and toiled hard to implement it, even the poorest of them, sometimes causing their own personal deprivation.  Across the world you will find Muslims doing their best to offer hospitality to the guest in their home or their community.  Entertaining a guest is important - it signifies the respect and concern of a host towards his guest and towards God.  Hospitality in Islam is a triangle that links God, the guest and the host.

[4] Taken from The Message of Islam, by Abdul-Rahman Al-Sheba. Translated by Ghalib Masri.

This is truly the best web site, really devoting for muslim!

May Allah always guide you and bless you and keep firm you in Islamic faith.

I was fortunate to be invited to dine in an Egyptian household. I was treated as an honored guest, who could do no wrong. The family was working class; the father a boatman; but hospitality was beyond anything I had ever experienced in America. For those of Islamic faith, guests are truly treated as a gift from Allah. I will never forget my visit. Alhamdulillah.

This is one of the best article I came across when I was searching to make an article for honouring guests. May Allah bless the team.