Why do Muslims Call others to Islam?

Description: Muslims want to share their perspective on life with everybody they encounter.  They want others to feel as light hearted as they do and here is why. 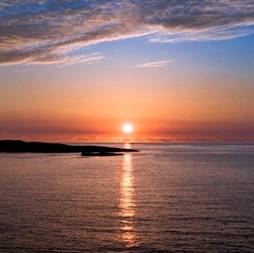 If you discovered something so amazing you felt like jumping up and down in excitement, what is the first thing that you would want to do?  If you worked out the answer to a puzzle and knew others were trying to do the same thing, how would you feel, how would you react?  If you discovered the meaning of life or the secrets of the universe, what would you do with that knowledge? If you worked out a way of banishing fear and sadness and replacing it with eternal happiness what would you do?

Most people would not be able to contain their excitement and would want to tell as many people as possible.  They would want to tell everyone what they had discovered in the hope that they would be just as thrilled and just as excited.  And that is the short and concise answer to why Muslims call others to Islam.  Because they are convinced without a shadow of a doubt that Islam is the meaning of life, the secret of the universe and the key to eternal happiness are all rolled into an attainable and understandable package and they want every single person on the face of this earth to know that.

But there is a longer answer and it involves obeying the commands of God, following in the footsteps of the prophets, and gathering rewards in the hope of attaining eternal peace and happiness in the Afterlife.

Islam is what is sometimes called a proselytizing religion.  That means it is a religion that attempts to convince people that its belief system is the correct belief system.  Islam is a religion that not only holds all of the answers to life’s big questions but it is also inclusive in that there are no restrictions on who can be a Muslim.  Islam is a religion for all places, all time and all people.  No one can be barred from learning the truth no matter what their religious background is, or what ethnicity or nationality they belong to.

Once a person is a Muslim, he or she is fully equal to every other Muslim and it does not matter where they are from, what they look like or what the state of their lives and hearts was before they embraced Islam.   The truth about God and His purpose for us, His creation, is something everybody should have access to.  Thus those of us who know are commanded by God, to tell others.

"Let there be a group among you who call others to good, and enjoin what is right, and forbid what is wrong: those who do this shall be successful." (Quran 3:104)

"Call to the way of your Lord with wisdom and fair preaching, and argue with them in the best manner possible…" (Quran 16:125)

Most people want to spread the exciting news about Islam and at the same time fulfill the commands of God.  The scholars of Islam agree that calling others to the way of God is a communal obligation, that is that every believer should undertake this great work, however if in a particular place there are a sufficient number of people doing this,  the others are released from this obligation.

This work is called da’wah and the person who engages in it is called a da’ee.   However it would be wrong to assume that only specialized people can do da’wah.  Of course, preaching to a large crowd would require training, but the reality is that all practicing Muslims do some form of da’wah every day.  Their manner of living and dealing with others is often the best forms of da’wah.  Islam is a way of life and when people see the contentment, modesty and justice imbedded in a Muslims’ everyday life - it must, and does, look very appealing.  Being a good example is an easy way to call the people to Islam.  A religion of mercy and forgiveness where the people behave that way every day is attractive, to those whose lives are not so grounded.

From the reasons that people like to call others to the way of Islam is that they wish to follow in the footsteps of the prophets of God.  Their mission was to call the people out of darkness and into light.  They tried to take the people from disbelief to belief in the Oneness of God.  Prophet Muhammad, the last in a long line of prophets was sent to humankind by God to tell them, among other things, about the immense rewards in the Hereafter for those who believe in One God and worship Him correctly.

"We have not sent you (O Muhammad) but to all mankind as a giver of good news and as a warner, but most people do not know." (Quran 34:28)

"O Prophet, indeed We have sent you as a witness, and a bearer of glad tidings and a warner.  And as one who invites to God by His leave and as a lamp spreading light.  And announce to the believers the glad tidings, that they will have from God a great bounty." (Quran 33:45-47)

Another reason to do da’wah is that it is a source of unlimited goodness and reward.  When a person embraces Islam because of another’s influence the caller to Islam takes rewards every time that person worships God.   Prophet Muhammad said, "Whoever calls to guidance will have a reward similar to that of those who follow it, without the reward of either of them being lessened at all."[1] He also said, "If God guides one person through you, this will be better for you than possessing red camels."[2]  In the time of Prophet Muhammad, camels were very valuable and the red variety were the most valuable of all.

Muslims believe that the only way to be successful in this life and in the next is by living the religion that is Islam.  They believe that all of life’s big questions, the one’s that keep you up at night and the ones that make you day dream about an eternity of enlightenment, can be answered by Islam.  Sincerity is an important concept in Islam; those who are insincere know their rewards will dwindle rapidly.  Those believers who sincerely want to spread the good news of Islam can see their rewards multiply even if their efforts are unsuccessful.  Muslims sincerely want everybody on this planet to know and to love God the way they know and love God.  And that is why Muslims call others to Islam.