Luqman’s Advice to His Son (part 1 of 2): Solutions for 21st Century Parents

Description: Luqman’s advice to his son has a timeless quality and we begin a discussion of each point. 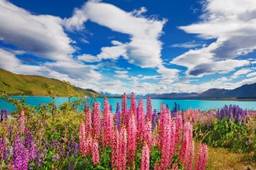 Bringing up children in the 21st century is no easier, nor is it any harder, than bringing up children in any century.   Of course each time period has its unique problems but generic advice will always offer the best solutions because the nature of the human being remains unchanged.  When God sent down the Quran He filled it with advice and reminders that would be equally useful for all time periods.

Luqman’s advice to his son can be found in the Quran in the chapter named after him, chapter 31, verses 12 - 19.  In addition to this  Ibn Kathir, the renowned Islamic scholar and historian of the 14th century CE, wrote about Luqman in his book ‘Stories of the Quran’.   He used information obtained from the most reliable sources of the time.   According to Ibn Kathir and most Islamic scholars Luqman was not a prophet but a wise man that God had blessed with wisdom.  The earlier scholars, according to Ibn Kathir, were of the opinion that wisdom means discretion and religious understanding.  In some traditions it is said that Luqman himself said  that he maintained his honourable and noble qualities by, "Lowering my gaze, watching my tongue, eating what is lawful, keeping my chastity, undertaking my promises, fulfilling my commitments, being hospitable to guests, respecting my neighbours, and discarding what does not concern me.  All these made me the one you are looking at."[1]

The wise man known as Luqman gave 10 pieces of advice to his son.  Advice that is applicable now and can be followed and used by any parent wanting to raise a child in the light of Islam.  It is said that if all parents implemented Luqman’s advice then there would be no need to worry about the fate of the children in the Hereafter because they have been shown the path that leads to Paradise.  In the few short verses of the Quran that contain Luqman’s advice to his son is the key to success in this life and on the Day of Judgement.

The advice a parent gives or chooses not to give their child is very important.  One the Day of Judgement it would be devastating to hear your child say to God, "But my mum (or dad) didn’t tell me that."  Choosing the right words can be a difficult task so taking the advice of the prophets or our righteous predecessors such as Luqman is an excellent idea.  Therefore let us examine just what Luqman said to his son and note that Luqman chose to speak in a respectful manner.   Respect is important between any people engaging in a conversation but it is extremely important between family members.  Nobody likes to be dictated to or to be yelled at especially when the unacceptable way of speaking comes from a beloved family member.

Luqman calls his son "my son" rather than by name so as to emphasis the familial bond.  He catches his attention encouraging him to listen carefully to what he is about to say.  He then calls his son’s attention to what is the most important thing in the eyes of God.   The one who associates others with God, he says, does the biggest wrong or injustice to the Creator and Sustainer of the universe.  That person also does a great wrong to himself because he offers himself up to the possibility of God’s anger and an eternal punishment.

"Indeed God does not forgive that partners are associated with Him but He forgives anything besides that to whomsoever He wills." (Quran 4:48)

In the Quran God mentions the rights of parents in the same sentence as the most important aspect of Islam, worshipping God alone.   This indicates that being kind to parents, honouring and respecting them, is extremely important in the way of life that is Islam.

"And your Lord has decreed that you worship none but Him and that you be dutiful to your parents…" (Quran 17:23)

Prophet Muhammad reinforced the duty to be kind to parents.   A companion of the Prophet once asked him which of the many good deeds a man can do is the most loved by God.   Prophet Muhammad answered him by saying, "To offer the prayer in its proper time".   The companion then asked, "And what is next?" to which Prophet Muhammad replied, "To be good and dutiful to your parents…"[2]

In the following part of Chapter Luqman, verse 14 God clarifies the difficulties mothers in particular go through raising their children and demands that the child gives thanks to his parents.  God reminds us then that it is to Him that we will return so our first allegiance is to God alone, followed by devotion and kindness to our parents.

"And We have enjoined on man (to be dutiful and good) to his parents.  His mother carried him, (increasing her) in weakness upon weakness, and his weaning is in two years - give thanks to Me and to your parents.  Unto Me is the final destination." (Quran 31:14)

Luqman then advises his son to remember the might and power that belongs to God.  God’s knowledge is perfect, anything that happens or will happen in this world is already known by God.  God’s might is absolute and should not be questioned, challenged or ignored by anyone.

[1] Narrated Ibn Wahb in  Chapter 16, Stories of the Quran by Ibn Kathir.

Next: Luqman’s Advice to His Son (part 2 of 2): Begin with a Strong Foundation