Description: An analysis of the famous biblical verse “For God so loved the world that He gave His only begotten Son, that whoever believes in Him should not perish but have everlasting life.”  Part 4: A discussion on the Christian concepts of sacrifice, atonement and redemption by faith. 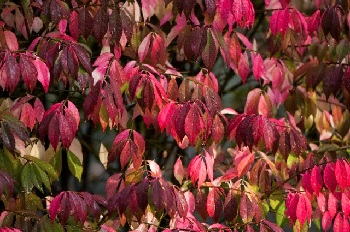 The lynchpin of John 3:16 and, for that matter, of the entire Christian concept of redemption by faith, is the atoning sacrifice of Jesus Christ.  John 3:16 tells us: "For God so loved the world that He gave His only begotten Son, that whoever believes in Him should not perish but have everlasting life." On the other hand, a huge number of Religious Scholars tell us this isn’t true.  So who should we believe – the Bible, or Them?  To begin with, we know who The Scholars are, whereas we have no idea who authored any of the gospels (as discussed in Part 1 of this series).  Secondly, the Bible translators illegitimately capitalized ‘him’ in John 3:16 to make Jesus look like God (as discussed in Part 2 of this series).  If you’re paying attention, you noticed I did the same thing above, capitalizing ‘Religious Scholars,’ ‘Them,’ and ‘The Scholars.’ It makes these scholars look special, doesn’t it?  But that’s just one way in which Bible translators deceive their audience.  I admit, I did it as a ploy; they don’t.

Lastly, what I have presented so far conforms both to reason and to common sense, unlike the Bible, which is internally inconsistent and factually unreliable (Parts 2 & 3 of this series).

In this episode I address the concepts of sacrifice and atonement, and the effortless salvation people seek through the Christian concept of redemption by faith.

The foundation of this concept rests upon the validity of Original Sin—the church’s doctrine that children are born with the guilt of Adam’s first sin, which we know is false, because Jesus taught the exact opposite: "Let the little children come to me, and do not forbid them, for of such is the kingdom of heaven" (Matthew 19:14).  Now, how can "of such" be "the kingdom of heaven" if the un-baptized are hell‑bound?  Children are either born with original sin or are bound for the kingdom of heaven.  The church can’t have it both ways.  Ezekiel 18:20 records, "The son shall not bear the guilt of the father, nor the father bear the guilt of the son.  The righteousness of the righteous shall be upon himself, and the wickedness of the wicked shall be upon himself," and Deuteronomy 24:16 repeats the point.  This is Old Testament, but it’s not older than Adam! If original sin dated from the beginning with Adam and Eve, we wouldn’t find the concept disavowed in any scripture of any later age!

Moving on to the concept of belief in Jesus’ self-sacrifice as being sufficient for salvation, Jesus reportedly refutes this claim as follows: "Not everyone who says to me, ‘Lord, Lord,’ shall enter the kingdom of heaven, but he who does the will of my Father in heaven" (Matthew 7:21) and "But if you want to enter into life (eternal life, that is—i.e., salvation) keep the commandments" (Matthew 19:17).  ‘James’ was at odds with Paul over this doctrine, and reportedly taught the importance of righteous works: "For as the body without the spirit is dead, so faith without works is dead also" (James 2:26).

But where in the New Testament did Jesus counsel his followers that they could relax, for in a few days he would pay the price and they could all go to heaven on nothing more than belief?  Nowhere.  For that matter, when Jesus was allegedly resurrected why didn’t he declare the atonement?  Why didn’t he announce that he had paid for the sins of the world, past, present and future?  But he didn’t, and we should wonder why.  Could it be the atonement isn’t true?  Could it be that someone scribbled wishful thoughts into the margins of scripture?

It wouldn’t be the first time.

So where did the ‘Atonement’ come from in the first place?  And would anyone be surprised to hear the name, "Paul"?  Another questionable doctrine coming from the same questionable source?  So it would seem.  Acts 17:18 reads, "Then certain Epicurean and Stoic philosophers encountered him [Paul].  And some said, ‘What does this babbler want to say?’ Others said, ‘He seems to be a proclaimer of foreign gods,’ because he preached to them Jesus and the resurrection."

Paul directly claims to have conceived the doctrine of resurrection as follows: "Remember that Jesus Christ, of the seed of David, was raised from the dead according to my gospel" (2 Timothy 2:8).  Sure enough, the concept of Jesus Christ dying for the sins of humankind is found in the epistles of Paul (e.g., Romans 5:8–11 and 6:8–9), and nowhere else.  Nowhere else?  Not from Jesus?  Not from the disciples?  Is it possible that they neglected the critical details upon which Christian faith rests?  Not likely.

What can we imagine Jesus will say, upon his return, when he finds a group of his "followers" preferring Pauline theology to his own teachings?  Perhaps Jesus will quote Jeremiah 23:32—"‘Behold, I am against those who prophesy false dreams,’ says the Lord, ‘and tell them, and cause My people to err by their lies and by their recklessness.  Yet I did not send them or command them; therefore they shall not profit this people at all,’ says the Lord."

When Jesus does return, one thing we can be sure he is not going to do is congratulate his "followers" for throwing away everything he taught and doing the exact opposite, on the authority of Paul.

In the next episode, we will question why Christians believe John 3:16 in the face of so much evidence against it.

Laurence B. Brown, MD, has authored several articles and books and his official website is www.leveltruth.com where he can also be contacted through the ‘Contact’ page.