Description: An analysis of the famous biblical verse “For God so loved the world that He gave His only begotten Son, that whoever believes in Him should not perish but have everlasting life.”  Part 3: More reasons to doubt the reliability of the Bible. 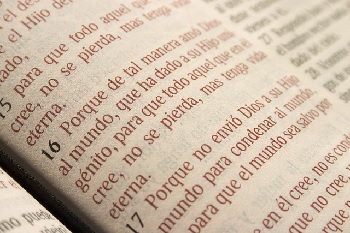 The following is a summary of what we have covered to date in this series of articles:

1)   Episode 1: The gospel known as ‘John’ almost certainly was not written by the disciple John;

2)   Episode 2: Bible translators illegitimately capitalized ‘him’ in John 3:16 ("For God so loved the world that He gave His only begotten Son, that whoever believes in Him should not perish but have everlasting life") to make Jesus look like God;

3)   Also in Episode 2: The Bible does not stand up to the basic requirements of reliability, and hence does not satisfy the standards of sacred scripture.

The last item in this list – number three – is critical.  In order to give credence to the claims of John 3:16, the Bible itself has to stand up to critical analysis.  It is that analysis that I continue here.  The previous article was more scholastic; what follows is more common sense.

Let’s start with the obvious.  If the Bible is the word of God, then what should we make of verses that tell us they are not the word of God? Paradoxically, this is precisely what we find in 1 Corinthians 7:12: "But to the rest I, not the Lord, say .  .  ."—indicating that what follows was from the author (in this case, Paul), and not from God.  So if nothing else, this section of the Bible, by Paul’s own admission, is not the word of God.  1 Corinthians 1:16 points out that Paul could not remember if he baptized anybody other than Crispus, Gaius, and the household of Stephanas: "Besides, I do not know whether I baptized any other." Now, does this sound like God talking? Would God say, "Paul baptized Crispus, Gaius, and the household of Stephanas, and there may have been others.  But that was a long time ago, and, well, you know, so much has happened since then.  It’s all kind of fuzzy to Me right now"?

1 Corinthians 7:25–26 records Paul as having written, "Now concerning virgins: I have no commandment from the Lord; yet I give judgment as one whom the Lord in His mercy has made trustworthy.  I suppose therefore that this is good because of the present distress .  .  ." (italics mine).  2 Corinthians 11:17 reads, "What I speak, I speak not according to the Lord, but as it were, foolishly .  .  ." Again, does anybody believe that God talks like this? Paul admitted that he answered without guidance from God and without divine authority, and that he personally believed himself to be divinely trustworthy in one case but speaking foolishly in the other.  Paul justified his presumption of authority with the words, "according to my judgment—and I think I also have the Spirit of God" (1 Corinthians 7:40).  The problem is that a whole lot of people have claimed the "Spirit of God," while all the time doing some very strange and ungodly things.  So should Paul’s confidence be admired or condemned? However we answer this question, the point is that whereas human confidence wavers at times, such is not the case with the all-knowing, all‑powerful Creator.  God would never say, "I suppose .  .  ." as Paul does.

In essence, the Bible is its own worst critic.

If we view the Bible as revelation, including telling the story of Jesus Christ, then we have to wonder why it is so inconsistent.  For example, when celebrities die, their final words are frequently immortalized.  And yet, the Bible gives us two different accounts of Jesus’ last words – Luke 23:46 states: "And when Jesus had cried out with a loud voice, he said, ‘Father, ‘into Your hands I commit my spirit.’ Having said this, he breathed his last." But John 19:30 says something completely different: "So when Jesus had received the sour wine, he said, ‘It is finished!’ And bowing his head, he gave up his spirit."

This is a bold and undeniable contradiction.

Hmm.  Jesus Christ’s most famous prayer, and the two Gospel writings that tell the tale disagree.  The discrepancy is so great that The Jesus Seminar, a body of prominent biblical scholars, announced the only word of the Lord’s Prayer that can be directly attributed to Jesus is "Father" (Newsweek.  October 31, 1988.  p.  80).  This conclusion is startling, for it not only shakes one of the most accepted trees in the forest of Christian faith, but it questions that very tree’s legitimacy.

Regarding the law, "Rabbi" Jesus taught Old Testament law.  Furthermore, he taught the law would endure (till heaven and earth pass away): "Do not think that I came to destroy the Law or the Prophets.  I did not come to destroy but to fulfill.  For assuredly, I say to you, till heaven and earth pass away, one jot [Greek Iota—the ninth letter of the Greek alphabet] or one tittle [a stroke or dot] will by no means pass from the law till all is fulfilled" (Matthew 5:17–18).  Add to that: "But if you want to enter into life, keep the commandments" (Matthew 19:17).  So that is what Jesus taught.  Now, what did Paul teach? Answer: justification by faith – the vain concept that belief in Jesus Christ cancels a person’s sins.  Paul didn’t change just a jot or a tittle.  No, he cancelled the entire law: "And by him [Jesus Christ] everyone who believes is justified from all things from which you could not be justified by the law of Moses" (Acts 13:39).  A more permissive blanket statement would be hard to conceive.  We can easily imagine the voice of the collective public screaming, "Please, let’s have more of that!" And here it is: "But now we have been delivered from the law, having died [i.e., suffered] to what we were held by, so that we should serve in the newness of the Spirit and not in the oldness of the letter" (Romans 7:6).  Or, if I may freely paraphrase: "But now I tell you to forget this old law, the inconveniences of which we have lived with for too long, and live by the religion of our desires, rather than by the old, uncomfortable mandates of revelation." According to Paul, God’s law was good enough for Moses and Jesus, but not for the rest of humankind.

Punch the ‘skip’ button.  Nowhere in the Bible did Jesus teach the Trinity.  In fact, he taught tawhid (divine unity).  Read Mark 12:30, Matthew 22:37 and Luke 10:27: "The first of all the commandments is: ‘Hear, O Israel, the Lord our God, the Lord is one.’" But presto, change-o, Pauline theologians adopted the Trinity.

So Jesus’ most important teachings – his last words, his prayer, the oneness of God, and our Creator’s law for mankind – are all cancelled elsewhere in the Bible by Paul, or by Pauline theologians who followed in his wake.  Which of Jesus’ teachings, precisely, are not contradicted in the Bible?

Unreliability is such a common problem, the unindoctrinated audience doesn’t know what to believe: II Samuel 24:1 reads, "Again the anger of the LORD was aroused against Israel, and He moved David against them to say, ‘Go, number Israel and Judah.’" However, I Chronicles 21:1 states, "Now Satan stood up against Israel, and moved David to number Israel." Well, which was it? The Lord, or Satan? Both verses describe the same event in history, but one speaks of God and the other of Satan.  There is a slight (like, total) difference.  If a book of ‘scripture’ can’t differentiate between God and Satan, the only thing we know for sure is that it’s not pure, unadulterated revelation.

There are so many contradictions in the New Testament that authors have devoted books to this subject.  For example, Matthew 2:14 and Luke 2:39 differ over whether Jesus’ family fled to Egypt or to Nazareth (in Palestine).  Matthew 6:9-13 and Luke 11:2-4 differ over the wording of the "Lord’s Prayer." Matthew 11:13-14, 17:11-13 and John 1:21 disagree over whether John the Baptist was Elijah.

These are only a few of a long list of scriptural inconsistencies, but they underscore the difficulty in trusting the New Testament as scripture.  And if we can’t trust the Bible as a whole, how can we trust any particular part of it, like, say .  .  .  John 3:16, upon which Christians base their salvation?

Laurence B.  Brown, MD, has authored several articles and books and his official website is www.leveltruth.com where he can also be contacted through the ‘Contact’ page.