Description: An analysis of the famous biblical verse “For God so loved the world that He gave His only begotten Son, that whoever believes in Him should not perish but have everlasting life.”  Part 1: The reliability of the Gospel of John. 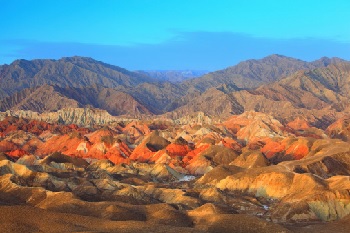 For many, the Christian-Muslim debate revolves around the issue of biblical inaccuracy.  I am one of many authors who have addressed this topic in everything from brief pamphlets to full-length books.  For the purpose of this article, however, I would like to focus on just one scriptural example – a verse that brings to light many of the pertinent issues and arguments.

Evangelical Christians—as the keystone of their religion—showcase John 3:16: "For God so loved the world that He gave His only begotten Son, that whoever believes in Him should not perish but have everlasting life." This is the verse you see promoted on everything from Tim Tebow’s eyeblack to t-shirts, bumper stickers and, most famously, placards at sporting and other public events.

What is the charm of John 3:16?  Well, Evangelical Christians want us to believe this verse promises humankind an effortless salvation, based solely upon Christian belief – what they call redemption by faith.  But as we all know, the beauty or appeal of a proposition does not make it true.  I can propose a lot of wonderful ideas, but a person would be foolish to believe them without verifying their validity.

So, let’s do just that with John 3:16 – let’s take a close look and see if we should believe it.  If it is true, the cheap salvation it offers would be the deal of a lifetime.  On the other hand, if nothing supports its validity, we would be crazy to risk our salvation on false "scripture."

To begin with, who is the author of this New Testament "book" or individual writing of Christian scripture called "John"? The disciple? Contrary to what we might expect, no.  Bart D. Ehrman tells us, "Matthew, Mark, Luke, and John did not write the Gospels."[1]  Furthermore, "Of the twenty-seven books of the New Testament, only eight almost certainly go back to the author whose name they bear: the seven undisputed letters of Paul (Romans, 1 and 2 Corinthians, Galatians, Philippians, 1 Thessalonians, and Philemon) and the Revelation of John (although we aren’t sure who this John was)."[2]

The famous biblical scholar, Graham Stanton, agrees: "The gospels, unlike most Graeco-Roman writings, are anonymous.  The familiar headings which give the name of an author (‘The Gospel according to .  .  .’) were not part of the original manuscripts, for they were added only early in the second century."[3]  Added by whom?  "By unknown figures in the early church.  In most cases, the names are guesses or perhaps the result of pious wishes."[4]  Which is hardly the level of scholastic accuracy expected of a book of revelation.

The fact that "The gospel according to John" was not written by John, the disciple, is not common knowledge among laity.  Nonetheless, Ehrman tells us, "Most scholars today have abandoned these identifications, and recognize that the books were written by otherwise unknown but relatively well-educated Greek-speaking (and writing) Christians during the second half of the first century."[5]

Multiple sources acknowledge there is no evidence, other than questionable testimonies of second-century authors, to suggest that the disciple John was the author of the Gospel of "John."[6],[7]  In addition, Acts 4:13 tells us that John was "unlettered." In other words, he was illiterate.

Stanton poses this compelling question: "Was the eventual decision to accept Matthew, Mark, Luke, and John correct?  Today it is generally agreed that neither Matthew nor John was written by an apostle.  And Mark and Luke may not have been associates of the apostles."[8]

Professor Ehrman is more blunt: "Critical scholars are fairly unified today in thinking that Matthew did not write the First Gospel or John the Fourth, that Peter did not write 2 Peter and possibly not 1 Peter. No other book of the New Testament claims to be written by one of Jesus’ earthly disciples."[9]  Why, then, do our Bibles label the four gospels as Matthew, Mark, Luke, and John? Some scholars suggest something similar to branding—the modern advertising term for the commercial practice of soliciting celebrity endorsements to sell a product.[10]  Second-century Christians who favored these four gospels had a choice—either acknowledge the gospels’ anonymous authorship or fake it.  The bluff proved irresistible, and they chose to assign the gospels to apostolic authorities, thereby illegitimately "branding" the gospels as authoritative.

In the end, we have no evidence any book of the Bible, gospels included, were authored by Jesus’ disciples.  Furthermore, most scholars accept Paul’s authorship in only half of the works attributed to him.  Regardless of who authored what, corruptions and inconsistencies have resulted in more manuscript variants than words in the New Testament!  Lastly, even scholars of textual criticism fail to agree.[11]  Why? Because "considerations depend, it will be seen, upon probabilities, and sometimes the textual critic must weigh one set of probabilities against another."[12]  Furthermore, with regard to the more complex textual problems, "the probabilities are much more evenly divided and the critic must sometimes be content with choosing the least unsatisfactory reading or even admitting that there is no clear basis for choice at all."[13]

So perhaps we shouldn’t be surprised that, just as Jeremiah bemoaned the "false pens" of the Old Testament scribes, the third-century church father, Origen, bemoaned the "false pens" of New Testament scribes: "The differences among the manuscripts have become great, either through the negligence of some copyists or through the perverse audacity of others; they either neglect to check over what they have transcribed, or, in the process of checking, they make additions or deletions as they please."[15]  Now, that was the voice of a third-century church father, commenting on just the first couple hundred years of Christianity.  We have to wonder how much worse the situation has degenerated since then.  And that will be the subject of the next article in this series.

About the author:
Laurence B. Brown, MD, has authored several articles and books and his official website is www.leveltruth.com where he can also be contacted through the ‘Contact’ page.