Fine-Tuning of the Universe − Summarized (part 2 of 2)

Description: Why does fine-tuning need an explanation?  2. What is the most reasonable explanation of fine-tuning?  3. What about Multiverse Hypothesis?  4. Conclusion of the argument for God’s existence by fine-tuning.  The original articles with detailed citations can be read here.

Does fine-tuning need an explanation? 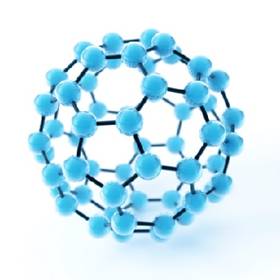 Someone might say, ‘the universe just is, why is an explanation needed for fine-tuning?’

Imagine a universe-creating machine, like a giant safe with two types of dials.  There are dials that fix the settings for laws of physics, the constants, and the initial conditions, like gravity, electromagnetism, and the nuclear forces.  Initially, all dials have been set and fixed at particular numbers.  These numbers are the constants of nature and they produce the universe we live in.

Let us say that you can change the dials of this universe generating machine.  There is also a screen which shows you what would happen if you were to change the dials even by a little bit.

You change the dials and hit the preview button to see what might happen.  You weaken the force of electromagnetism and the force of gravity just a little.  Then you touch the preview button and see the results on a screen.  Suddenly, stars, galaxies, and planets start falling apart! Then you increase the dial of the electromagnetic force and suddenly, the planets are not the right size.  They are too big for life.  Also, stars burn up quickly.

What will you infer about the origin of these finely tuned dial settings? Could it be there by chance or did someone set it up by design for a purpose?

What is the most reasonable explanation of fine-tuning?

To many fine-tuning implies design, but the two are separate ideas. Therefore, we will discuss all possible explanations for fine-tuning and see that divine creation is the only reasonable choice:

Some say the universe is its own explanation, i.e.  it is self-explanatory.

Don’t worry if you don’t understand what it means because the idea contradicts itself.  It is logically impossible for a cause to bring about an effect without being in existence.

There are no good answers to these questions; therefore, physical necessity is implausible since there is no evidence that life-permitting universes are necessary.

Universe Was Either Created by Physical Laws or Was Self-Generated

If a cake cannot generate itself, how can a universe generate itself? It is hard to believe, but some atheists suggest that the universe was brought into existence by a theory, or laws of physics, or mathematics.

First, ascribing intelligence to mathematical laws and believing they could be intelligent is non-sense.

Second, explanations of physical phenomenon like the rising of the sun from the East with laws of physics are descriptive and predictive, but not creative.  Who created these laws? Replace the universe with a jet engine.  Laws of physics can explain how a jet engine works, but not how it came about in the first place.

Could the fine-tuning be due to chance? Could it be an accident that all constants and initial conditions just fell into the range that allows life? The problem is that the chances of a life-permitting universe to exist are so remote that this alternative becomes unreasonable.  No respectable physicist (including atheists), believes that fine-tuning can be explained by pure chance.

Let us say you are dragged in front of a firing squad of 100 trained shooters standing at point-blank.  You hear ‘Ready! Aim! Fire!’ You then hear the sound of guns, but, amazingly, you are still alive! Did all the 100 shooters miss? What conclusion will you reach?

Would you say, ‘guess I shouldn’t be surprised they all missed! After all, had they not missed, I would not be here! There is nothing more to explain!’

No person in their right mind will accept this explanation.  In light of the enormous improbability that all shooters missed, a reasonable conclusion will be they all missed on purpose.

What about Multiverse Hypothesis?

Therefore, due to the fact that no natural explanation has been found for fine-tuning, some physicists make recourse to a multiverse (multiple universes) - a naturalistic explanation.

According to this idea, there are an enormous number of universes with different initial conditions, values of constants, and even laws of physics.  Our universe is just one member of this ‘multiverse’ out of an infinite random universes.  If all these other worlds really exist, then, by chance, life-permitting universes will have observers in them and they will observe their world to be finely tuned.  Therefore, there is no need to say our universe was fine tuned for life, simply by chance, some universe will have the ‘winning combination’ for life.  It is just like you produce lottery tickets.  Even if it is 1 in a 10 million chance, the winning ticket will eventually come up.  According to this idea, human beings are winners of a ‘cosmic lottery.’ When it comes up, humans evolve and look back and say, ‘we were lucky!’

First consideration: There is no shred of evidence to prove the existence of these multiple universes.  As a matter of principle, we cannot even observe them.  That is why the idea has been severely criticized by leading scientists.

Second consideration: it violates the principle of Ockham’s Razor which states that the most plausible explanation is one with the least number of assumptions and conditions.

Third consideration: All known multiverse theories actually have significant fine-tuning requirements.  Consequently, the fine-tuning of a "multiverse" will need an explanation.

Forth consideration: Since, a multiverse cannot be observed, how can anyone know that the other worlds are less ordered and more chaotic and fruitless than ours?

Fifth consideration: Even though at the present time there is no scientific evidence that a multiverse exists, there does not seem a need to deny it’s possibility.  Interestingly, there is actually an important theorem which states that even if a multiverse that generated our universe existed, it must have a beginning! Consequently, it will best be explained by the design of a powerful Creator, not chance.

To sum it up, multiverse hypothesis is purely speculative.  Even if it turns out to have any scientific merit, it is fully compatible with belief in God.

After exhausting all possible mutually exhaustive causative explanations, fine-tuning of our universe is best explained to be the "design" of an immensely knowledgeable and powerful Creator.  Divine creation, not chance, is the most compelling and reasonable explanation for the fine-tuning of the universe.

Previous: Fine-Tuning of the Universe − Summarized (part 1 of 2)