Fine-Tuning of the Universe − Summarized (part 1 of 2)

Description: A two article summary of fine-tuning by design, an argument from physics for the divine creation of the universe.  The original articles with detailed citations can be read here.  This article will summarize the types and examples of fine-tuning.

What is Fine Tuning? 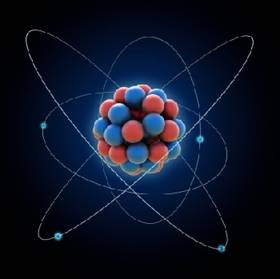 Over the past century, scientists have discovered that if certain properties of the universe were changed very slightly from what they are, we would not be here.  They have to be within a very narrow range for our universe to make life possible and be habitable.

The universe is fine-tuned for the existence of intelligent life with a complexity and delicacy that literally defy human comprehension.

2.     Fine-tuning of the constants of physics.

3.     Fine tuning of the initial conditions of the universe.

1. Fine tuning of the laws of nature

There are two ways to look at this aspect of fine-tuning:

A.   Precisely the right laws are needed for highly complex life to exist.  If one of these were missing, such life would not be possible.  An example is the the law of gravity.  Without it, there won’t be any stars or planets.  Another example is the electromagnetic force without which there would be no atoms because there would be no force to hold the negatively charged electrons with the positively charged protons that allow for chemical bonds.

B.   Harmony between nature and mathematics: Only in the 20th century have we come to understand that what we observe in nature can be described by only a few physical laws, each of which is described by simple mathematical equations.

2. Fine-Tuning of the Constants

The ‘constants’ are the unchanging numbers that appear in the mathematical equations that express the laws of nature.  The laws of nature do not determine the value of these constants.  There could be a universe governed by the same laws, but with different values of these constants.  Depending on the values of those constants, a universe governed by the same laws of nature will look very different.  An example is G, the Gravitational Constant.  If one increased the strength of gravity by one part in 1034, even single-celled organisms would be crushed, and only planets less than around 100 feet in diameter would sustain life with our brain-size.  A 400-fold measure in G would result in any such planet having a surface force at least 10 times as large.  Such a planet would be far less ideal than earth for humans.

3. Fine-Tuning of the Initial Conditions of the Universe

Scientists have discovered that that these constants and initial conditions must fall into an extremely narrow range of values for the universe to exist.  This is what is meant by ‘the universe has been fine tuned for life.’

An Example of Fine Tuning

This is an example of fine-tuning that allows a habitable planet.   A number of factors must be fine-tuned in order to have a planet that supports life:

·       It must be a single star solar system, in order to support stable planetary orbits.

·       The sun must have the right mass.  If it was larger, its brightness would change too quickly and there would be too much high energy radiation.  If it was smaller, the range of planetary distances able to support life would be too narrow; the right distance would be so close to the star that tidal forces would disrupt the planet’s rotational period.  Ultraviolet radiation would also be inadequate for photosynthesis.

·       The distance from the earth to the sun must be just right.  Too near and water would evaporate, too far and the earth would be too cold for life.  A change of only 2% and all life would cease.

·       Earth must have sufficient mass in order to retain an atmosphere.

·       Surface gravity and temperature are also critical to within a few percent for the earth to have a life-sustaining atmosphere – retaining the right mix of gases necessary for life.

·       Earth must rotate at the right speed: too slow and temperature differences between day and night would be too extreme, too fast and wind speeds would be disastrous.

A rough but conservative calculation of the chance that such a planet exists in the universe is about 1 in 1030.

The Most Extreme Example of Fine Tuning

According to standard cosmology model, the initial state of the space-time, and thus gravity, of the early universe had very low entropy[1].  The ‘mass-energy’ of the initial universe had to be precise to get galaxies, planets, and for us to exist.  The most extreme example of fine-tuning has to do with the distribution of mass-energy at that time.

The odds of a low-entropy state to exist by chance alone are one out of 1010^123 - the Penrose number.  Let us try to get an idea of what type of a number are we talking about? You don’t have enough particles in the universe (that we know of) to write down all the zeroes!  This number is so large, that if every zero were 10 point type, it will fill up a large portion of our universe! That is why we will explain it with three illustrations:

First, balancing a billion pencils all simultaneously positioned upright on their sharpened points on a smooth glass surface with no vertical supports does not even come close to describing an accuracy of one part in 1060.

Second, this is much more precision than would be required to toss a dart and hit a penny across the universe!

Third, cover America with coins in a column reaching to the moon (380,000 km or 236,000 miles away), then do the same for a billion other continents of the same size.  Paint one coin red and put it somewhere in one billion of the piles.  Blindfold a friend and ask her to pick the coin.  The odds of her picking it are 1 in 1037.

All these numbers are extremely small when compared to the precise fine-tuning of the Penrose number, the most extreme example of fine-tuning that we know of.

In summary, the fine-tuning of many constants of physics must fall into an exceedingly narrow range of values for life to exist.  If they had slightly different values, no complex material systems could exist.  This is a widely recognized fact.

[1] Entropy is a measure of disorder.

Next: Fine-Tuning of the Universe − Summarized (part 2 of 2)