Fine-Tuning of the Universe (part 7 of 8): Multiple Universes

Description: An explanation is given of how naturalism leads to multiverse hypothesis followed by a critique of ‘many-world’ hypothesis by top scientists.  Nevertheless, belief in many worlds does not conflict with belief in God even if the hypothesis develops into a future theory. 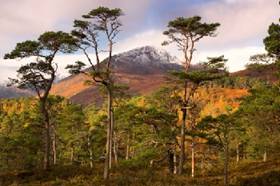 First, it is important to know what naturalism is.  Naturalism is the belief that only natural explanations (as opposed to supernatural ones) should be considered.  Because a designer/Creator is supernatural and beyond nature, naturalism rules out this explanation, regardless of evidence.

Therefore, due to the fact that no natural explanation has been found for fine-tuning, some physicists make recourse to a multiverse (multiple universes) - a naturalistic explanation.

The idea is that if there exists a vast multiverse, the probabilistic resources available to account for our finely-tuned universe by chance are increased.  Therefore, many atheist scientists have come to the conclusion that fine-tuning needs explanation unless many worlds are assumed.

According to this idea, there are an enormous number of universes with different initial conditions, values of constants, and even laws of physics.  Our universe is just one member of this ‘multiverse’ out of (probably) an infinite random universes.  If all these other worlds really exist, then, by chance, life-permitting universes will have observers in them and they will observe their world to be finely-tuned.

Therefore, there is no need to say our universe was fine-tuned for life, that is, the laws, constants, and initial conditions were precisely set to allow life.

Thus, simply by chance, some universe will have the ‘winning combination’ for life.  It is just like you produce lottery tickets.  Even if it is 1 in a 10 million chance, the winning ticket will eventually come up.  According to this idea, human beings are winners of a ‘cosmic lottery.’ When it comes up, humans evolve and look back and say, ‘we were lucky!’

First consideration: There is no shred of evidence to prove the existence of these multiple universes.  As a matter of principle, we cannot even observe them.[1]  That is why the idea has been severely criticized by leading scientists:

John Polkinghorne of Cambridge, a former professor of mathematical physics, has called the idea "pseudo-science" and "a metaphysical guess."[2]

In another place, he had this to say, ’The many universes account is sometimes presented as if it were purely scientific, but in fact a sufficient portfolio of different universes could only be generated by speculative processes that go well beyond what sober science can honestly endorse."[3]

Arno Penzias, an American physicist and Nobel prize winner who co-discovered the cosmic microwave background radiation which helped establish the Big Bang theory, put the argument this way, ‘Some people are uncomfortable with the purposefully created world.  To come up with things that contradict purpose, they tend to speculate about things they haven’t seen.’[4]

Martin Rees is a British cosmologist and astrophysicist from Cambridge and past President of the Royal Society.  In a 2000 interview with a science journalist, he admitted the calculations are "highly arbitrary", and that the theory itself "hangs on assumptions," remains speculative, and is not amenable to direct investigation.  ’The other universes are unavailable to us, just as the interior of a black hole is unavailable,’ he said.  He added that we cannot even know if the universes are finite or infinite in number.[5]

Richard Swisburne, a leading philosopher, comments, ‘To postulate a trillion-trillion other universes, rather than one God, in order to explain the orderliness of our universe, seems the height of irrationality.’[6]

Second consideration: it violates the principle of Ockham’s Razor which states that the most plausible explanation is one with the least number of assumptions and conditions.[7]

Third consideration: All known multiverse theories actually have significant fine-tuning requirements.  Consequently, the fine-tuning of a "multiverse" will need an explanation.  In order to be credible, a plausible mechanism must be suggested for the many worlds.  Where did the "multiverse generator" come from? A ‘multiverse generator’ will require ‘design.’ It would need to be ‘well built’ with just the right laws and have the right ingredients (initial conditions) to function and produce life sustaining universes.  For example, examining the inflationary superstring multiverse, it requires at least five special mechanisms or laws.  Who or ‘what’ designed this hypothetical generator remains unanswered.

Therefore, the universe generator hypothesis does not undercut the fine-tuning argument; instead it kicks the issue of fine-tuning up one level.

Forth consideration: Since, a multiverse cannot be observed, how can anyone know that the other worlds are less ordered and more chaotic and fruitless than ours?  If the only world we know and we can use as clue for the structure of others is the one we live in, and it is fine-tuned, then by analogy the other worlds must have been at least as well designed as this one.  That would require even a more powerful Creator.[8]

Fifth consideration: Even though at the present time there is no scientific evidence that a multiverse exists, there does not seem a need to deny it’s possibility.[9]  Just like there are many dead planets in our universe, maybe, just maybe, there are many dead universes as well.  Interestingly, there is actually an important theorem[10]  which states that even if a multiverse that generated our universe existed, it must have a beginning!  Consequently, it will best be explained by the design of a powerful Creator, not chance.

To sum it up, multiverse hypothesis is purely speculative.  Even if it turns out to have any scientific merit, it is fully compatible with belief in God.

[1] 1.  "Originally the many-worlds hypothesis was proposed for strictly scientific reasons as a solution to the so-called quantum measurement problem in physics.  Though its efficacy as an explanation within quantum physics remains controversial among physicists, its use there does have an empirical basis.  More recently, however, it has been employed to serve as an alternate non-theistic explanation for the fine-tuning of the physical constants.  This use of the [hypothesis] does seem to betray a metaphysical desperation." Michael J.  Behe, William A.  Dembski, and Stephen C.  Meyer, Science and Evidence for Design in the Universe, 104, referencing Clifford Longley, "Focusing on Theism."

2.  Yaran, Cafer.  2003.  Islamic Thought on the Existence of God.  Washington: The Council for Research in Values and Philosophy.  74.

[5] Even so, he said the multiverse theory "genuinely lies within the province of science." Brad Lemley, "Why Is There Life?" In a subsequent interview, Rees said it’s helpful for physicists to contemplate the possibility of other universes.  He added: "I don’t believe, but I think it’s part of science to find out." See Overbye, Dennis 2002.  A New View of Our Universe: Only One of Many.  New York Times.  October 29.

[7] Paul Davies, a theoretical physicist, wrote: "Another weakness of the anthropic argument is that it seems the very antithesis of Ockham’s razor, according to which the most plausible of a possible set of explanations is that which contains the simplest ideas and least number of assumptions.  To invoke an infinity of other universes just to explain one is surely carrying excess baggage to cosmic extremes…It is hard to see how such a purely theoretical construct can ever be used as an explanation, in the scientific sense, of a feature of nature.  Of course, one might find it easier to believe in an infinite array of universes than in an infinite Deity, but such a belief must rest on faith rather than observation." (Davies, Paul.  1983.  God and the New Physics.  New York: Simon and Schuster.  173-174)

Also, see Yaran, Cafer.  2003.  Islamic Thought on the Existence of God.  Washington: The Council for Research in Values and Philosophy.  73.

[8] Yaran, Cafer.  2003.  Islamic Thought on the Existence of God.  Washington: The Council for Research in Values and Philosophy.  75.

[9] ‘…the holy texts are not alien to the concept of the worlds…first chapter of the Qur’an, which every practicing Muslim recites several times a day start with a few words that combine the concept of worlds with God: "Praise be to Allah the Cherisher and Sustainer of the Worlds.’ It is interpreted as ‘Allah cares for all the worlds He has created.’"

Yaran, Cafer.  2003.  Islamic Thought on the Existence of God.  Washington: The Council for Research in Values and Philosophy.  75-76.

[10] Known as the Border-Guth-Vilenkin (BGV) theorem.