Fine-Tuning of the Universe (part 5 of 8): Objections to Fine-Tuning

Description: 1. Three objections to fine-tuning are answered.  2. Why does fine-tuning need an explanation?  3. An illustration of fine-tuning with a universe generating machine.  4. Awe of atheists on how fine-tuned the universe is. 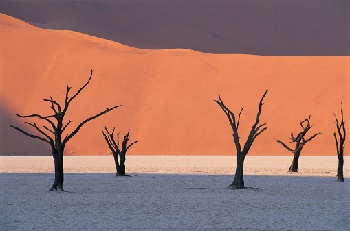 Someone might say, ‘but if the constants and initial values had been different, maybe different forms of life might have evolved.’

By ‘life’ scientists mean the property of organisms to take food, convert it into energy, grow, adapt to their environment, and reproduce.  In order for life to exist, constants and initial conditions have to be fine-tuned otherwise even the precursors of life – planets, galaxies, chemistry – would not exist! Again, the question is purely speculative.

2.     Another objection might be, ‘what about universes governed by different laws of nature that allow radically different forms of life than those in our universe? Maybe constants and initial conditions in those universes aren’t fine-tuned?’

The answer to that question is irrelevant to explaining the fine-tuning of our universe.  We do not understand our universe well enough to delve into pure speculation about other universes that we do not know exist.

3.     Someone might object, ‘you cannot change one parameter while holding all others constant.  Changing another parameter might compensate for the life-inhibiting effects of a particular parameter change.’

Why does Fine-Tuning need an Explanation?

Someone might say, ‘the universe just is, why is an explanation needed for fine-tuning?’[3]

It will be distinctly odd, as Keith Ward comments, ‘to think that there is a reason for everything, except for that most important item of all – that is, the existence of everything, the universe itself.’[4]

Imagine a universe-creating machine, like a giant safe with two types of dials.  There are dials that fix the settings for laws of physics like gravity, electromagnetism, and the nuclear forces.  It also has dials for Planck’s constant, one for the ratio of the neutron mass to the proton mass, one for the strength of the electromagnetic attraction, and so on.  Initially, all dials have been set and fixed at particular numbers.  These numbers are the constants of nature and they produce the universe we live in.

Let us say that you can change the dials of this universe generating machine.  There is also a screen which shows you what would happen if you were to change the dials even by a little bit.

You change the dials and hit the preview button to see what might happen.  You weaken the force of electromagnetism and the force of gravity just a little.  Then you touch the preview button and see the results on a screen.  Suddenly, stars, galaxies, and planets start falling apart! Then you increase the dial of the electromagnetic force and suddenly, the planets are not the right size.  They are too big for life.  Also, stars burn up quickly.

What will you infer about the origin of these finely tuned dial settings?[5]

Most people find it hard to believe that a fine-tuned universe is just a fact that neither has nor requires an explanation.  The universe just sprang into existence sounds about as scientific as answering the question why apples fall to the ground, by saying that they just do.[6]

Furthermore, fine tuning is a well established scientific fact admitted by physicists who are no friends of theism.  Even they cannot hide their awe of how finely-tuned our universe is:

Stephen Hawking: ‘It would be very difficult to explain why the universe should have begun in just this way, except as the act of a God who intended to create beings like us.’[7]

‘The remarkable fact is that the values of these numbers (i.e.  the constants of physics) seem to have been very finely adjusted to make possible the development of life.’[8]

Steven Weinberg: ‘There may be a cosmological constant in the field equations whose value just cancels the effects of the vacuum mass density produced by quantum fluctuations.  But to avoid conflict with astronomical observation, this cancellation would have to be accurate to at least 120 decimal places.  Why in the world should the cosmological constant be so precisely fine-tuned?’[9]

Dr.  Dennis Sciama: former director of Cambridge University Observatories, said, ‘If you change a little bit the laws of nature…it is very likely that intelligent life would not have been able to develop.’[10]

Martin Rees: ‘The possibility of life as we know it depends on the values of a few basic physical constants and is, in some respects remarkably sensitive to their numerical values.  Nature does not exhibit remarkable coincidences.’[11]

Paul Davies: ‘There is for me powerful evidence that there is something going on behind it all...It seems as though somebody has fine-tuned nature’s numbers to make the Universe...The impression of design is overwhelming.’[12]

[1] I am grateful to Dr.  William Lane Craig, Dr.  Robin Collins, Dr.  John Lennox, and Dr.  Guillermo Ganzalez.  Many of these questions and answers were compiled from their lectures and written works.

The research paper explores two-dimensional tuning: what happens when you change the size of the up and down quarks simultaneously? They found that 9 distinct effects are produced by the simple change in the masses of up and down quarks.  Up and down quarks are fundamental particles of nature that make up protons and neutrons.

[3] Bertrand Russell wrote, ‘The universe is just there, and that’s all.’

Tryton echoed Russell, ‘Our universe is simply one of those things which happen from time to time.’ Tryton, E.  1971.  Is the Universe a Vacuum Fluctuation? Nature 246:396.