Fine-Tuning of the Universe (part 1 of 8): Physical Laws 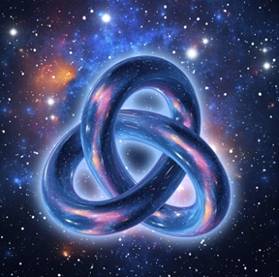 Over the past century, scientists have discovered that if certain properties of the universe were changed very slightly from what they are, we would not be here.  They have to be within a very narrow range for our universe to make life possible and be habitable.

The universe is fine-tuned for the existence of intelligent life with a complexity and delicacy that literally defy human comprehension.  The sensitivity of the ‘habitability’ of the universe to small changes is called ‘fine-tuning.’

This was recognized about 60 years ago by Fred Hoyle who was not a religious person at the time he made the discovery.  Scientists like Paul Davies, Martin Rees, Max Tegmark, Bernard Carr, Frank Tipler, John Barrow, and Stephen Hawking, to name a few, believe in fine-tuning.  These are prominent names in cosmology as they are heard in the media whenever a news headline is made.

1.  Fine-tuning of the laws of nature.

2.  Fine-tuning of the constants of physics.

3.  Fine-tuning of the initial conditions of the universe.

We will explore each category below:

1.  Fine-Tuning of the Laws of Nature

There are two ways to look at this aspect of fine-tuning:

1.    Precisely the right laws are needed for highly complex life to exist.  If one of these were missing, such life would not be possible.  To say that the laws are fine-tuned means that the universe must have precisely the right set of laws in order for highly complex life to exist.  Perhaps this type of fine-tuning is the easiest of the three to understand.

Example 1: The law of gravity states that all masses attract each other.  What would the universe be like if gravity did not exist? There wouldn’t be any stars or planets.  Matter would be equally distributed around the universe with no place for life to form or energy sources like the sun that provide food to plants through photosynthesis that in turn become food for animals.

Example 2: One type of force can play multiple roles in this very well designed system.  For example, the electromagnetic force refers to the combination of electric and magnetic forces.  James Clerk Maxwell unified the two forces in 1800’s.

The electromagnetic force plays another role in light which is a type of electromagnetic radiation.  It allows energy to transfer from the sun to our planet.  Without this energy we would not exist.

2.    Harmony between nature and mathematics: Only in the 20th century have we come to understand that what we observe in nature can be described by only a few physical laws, each of which is described by simple mathematical equations.  Just the fact that these mathematical forms are so simple and few in number that they can all be written on one sheet of paper is amazing.

Table1.  The Fundamental Laws of Nature

For life to exist, we need an orderly and intelligible universe.  Furthermore, order at many different levels is required.

For instance, to have planets that circle their stars, we need Newtonian mechanics.

For there to be multiple stable elements of the periodic table to provide a sufficient variety of atomic "building blocks" for life, we need the atomic structure given by the laws of quantum mechanics.

We need the orderliness in chemical reactions that is the consequence of Boltzmann’s equation for the second law of thermodynamics.

And for an energy source like the sun to transfer its life-giving energy to a habitat like Earth, we require the laws of electromagnetic radiation that Maxwell described.[1]

Physicist and Nobel Prize winner Eugene Wigner in his widely quoted paper, The Unreasonable Effectiveness of Mathematics in the Physical Sciences notes that scientists often take for granted the remarkable - even miraculous - effectiveness of mathematics in describing the real world.  He says:

"The enormous usefulness of mathematics is something bordering on the mysterious…There is no rational explanation for it…The miracle of the appropriateness of the language of mathematics for the formulation of the laws of physics is a wonderful gift which we neither understand nor deserve."[2]

[1] Bradley, Dr.  Walter.  Is There Scientific Evidence for the Existence of God?  How the Recent Discoveries Support a Designed Universe.  On-line.  Available from Internet, http://www.leaderu.com/real/ri9403/evidence.html, accessed 10 March 2014.

[2] Wigner, Eugene.  1960.  The Unreasonable Effectiveness of Mathematics in the Physical Sciences.  Communications on Pure and Applied Mathematics, vol.  13: 1-14.

Next: Fine-Tuning of the Universe (part 2 of 8): Constants & Initial Conditions