The Muslim Roots of American Slaves (part 1 of 2): From Africa to America

Description: A brief look at the evidence suggesting that many Muslims were amongst the millions of slaves sent to North America. 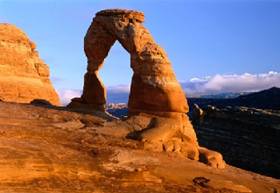 Most of the African slaves sent to North America came from West Africa.  They were men, women and children captured and sold to slave traders, forced on to ships, and kept in appalling conditions for the long journey to the Americas. [1]  It is thought by modern historians that at the height of the slave trade, the 18th century, up to 7 million Africans had undertaken this voyage. [2]  It is also estimated that up to 30% of the enslaved in North America were Muslim. [3]

To understand the history of Muslim slaves in North America it is necessary to know something about slavery as it previously existed in Africa and the history of Islam in Africa, particularly in West Africa.  Islam first reached West Africa by way of traders from North Africa and the Middle East.  They settled in the area from as early as the tenth century BCE and thus began a slow and peaceful process brought about by trade.  The journey from North Africa across the Sahara was done in stages.  Goods passed through a chain of Muslim traders and were purchased finally by non-Muslims at the southern end of the route.   Until the first half of the 13th century the kingdom of Ghana was a key trading partner with the Muslim North.  Over the next five hundred years, assorted West African rulers and local merchants who wanted to do business with the Muslim traders adapted themselves to Islam and its customs.[4]  Islam itself had a reputation of absorbing local customs thus the transition was smooth.  However the majority of West African people did not convert to Islam until well into the 18th century[5], which just happened to be at the height of the trans-Atlantic slave trade.

Across Africa, prisoners of war were taken as slaves, and others were enslaved in payment for debt or as punishment for crime.  This enslavement was usually on a small scale.  Africans usually enslaved ‘other’ people, not their own particular ethnic, or cultural, group. [6]  This small scale slave trade was enough to supply the demand for slaves within Africa, but not enough to supply the demand from outside particularly from Europeans thus warfare and raids to get slaves and the kidnapping of individuals increased.  Europeans wanted the slaves to work on the land they owned on the Caribbean islands and in the Americas.  They were a more plentiful source of labor than indentured servants.  It is possible that Muslims were amongst the 20 Africans brought to the settlement at Jamestown Virginia in 1619.

For the thousands of Muslims that were captured and eventually settled in North America maintaining their religion was difficult and often impossible.  Many were forcibly converted to Christianity.  Any effort to practice Islam or keep their traditional names or clothing was quashed and had to be done in secret. [7]  However evidence of Muslim origins can be found throughout documented history.  Handwritten verses from the Quran have been found and reveal the high levels of education attained by the authors in Africa prior to enslavement. [8]  It is known that slave masters often placed Muslim slaves as supervisors over their fellow bondsmen.  In addition to this Muslim names can be found in reports of runaway slaves and among the rosters of soldiers in the American war of Independence.

In 1984 the noted scholar of antebellum black writing and history Dr.  Allan D.  Austin  published a book called African Muslims in Antebellum America: A Sourcebook.  It explores, via portraits, documents, maps, and texts, the lives of 50 Muslim Africans caught in the slave trade between 1730 and 1860.  This book was updated and republished in 1997 and entitled African Muslims in Antebellum America: Transatlantic Stories and Spiritual Struggles.  What follows are several brief biographies or snapshots of some of the Muslims captured and enslaved in the then fledgling nation of the USA.

Job Ben Solomon was born Ayyub ibn Sulayman ibn Ibrahim around 1702 in what is now Senegal.  He was from a family of religious scholars, and by age 15 was a co-Imam with his father.  While on a trading expedition, Job was captured in enemy territory and sold to the British.  He was then sold on to work in the tobacco fields of Maryland.  He did not convert to Christianity but prayed openly and adhered to Islamic dietary guidelines.  Job ran away from his plantation only to be captured and put in jail and later returned to his master.  Filled with sadness he wrote a letter to his father and this letter found its way into the hands of a British philanthropist named James Oglethorpe.  This man helped free Job who then started his journey home via England.  On the ship journey to England Job was taught to write English and whilst in England he wrote the Quran three times from memory, and is reported to have helped with the famous George Sale translation.  He called people to Islam by refuting their claims of Jesus’ divinity and was also elected to the Spalding Gentlemen’s Society, which may have put him in the company of Sir Isaac Newton and Alexander Pope.

The story of Yarrow Mamout has been bequeathed to us via conversations he had with the artist painting his portrait.  His life in Africa is unknown but due to his good and well-mannered behaviour he was freed after laying the bricks for his master’s home.  As a free man he bought his own home in Georgetown and was known for praying in the streets and for his sobriety.

In December of 1807, a man known as S’Quash was brought to South Carolina.  He was known to be an excellent horseman and literate in Arabic.  Historians point to his marriage to a Muslim slave from Sudan to indicate that he was also a Muslim.

To be continued in Part 2.

I thank Allah for allowing me the opportunity to discover website. As an African-American Muslim I am learning things about my people that have helped to remove a veil of ignorance from my intellectual awareness of my social and historical being in the world.

The 30 % number is wrong! The Tweed reference says: A small but significant proportion of African slaves, some estimate 10 percent, were Muslim.