Hijab in the Bible and Torah (part 2 of 2): Hijab in Torah

Description: The history of veiling and head covering in Judaism. 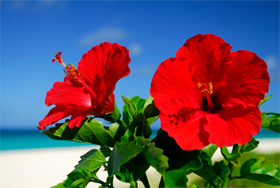 Modern Jewish women who cover their hair ascribe various meanings to the act.  For some it is a sign of marriage, for others it is a symbol of piety and humility, perhaps an act of deference to the will of God.  It is also thought of as a sign of modesty.  In Biblical times, in the Middle East and the ancient Greco Roman worlds it was customary for the hair to be covered, at least by married, respectable and free women.  The Old Testament (Torah) mentions head or hair covering only briefly but these few words have evolved into a complex hijab ritual practiced by devout Jews across the globe.

The claim that covering the hair was a biblical injunction comes from a small passage in the Book of Numbers referring to the priest uncovering or loosening a women’s hair as a punishment or humiliation.  It describes a ceremony that tests the fidelity of a woman accused of adultery.  According to the Torah, the priest uncovers or unbraids the accused woman’s hair as part of the humiliation that precedes the ceremony and can be found in the Book of Numbers 5:18.

Other orders calling for the Jewish woman to wear hijab or to cover her hair come from the body of literature known collectively as the Talmud.  Accordingly women ‘going about’ with uncovered hair were engaging in an unacceptable act, so unacceptable that it was considered grounds for divorce.  In a society so highly conscious of sexuality and its dangers, veiling was considered an absolute necessity to maintain modesty and chastity.  Some rabbis even considered the exposure of a woman’s hair to be as socially unacceptable as the exposure of her private parts.  Thus married women were enjoined to cover their hair in communal spaces and many rabbis even forbade the recitation of blessings in the presence of a bareheaded woman.

The modesty laws found in the Talmud acted to render the woman inaccessible and unavailable to all but her husband.  The covering of the hair was a warning signifying that the wearer was a respectable married woman.  So although the Jewish hijab is a symbol of submission it is also a badge of honour.  When a married woman covers her head it is a symbol of the greater dignity now attributed to her.  Many women regard their head coverings as a queen does her crown.

In biblical and post biblical Judaism the wearing of hijab came to represent part of a women’s life cycle, symbolizing the move from maidenhood to womanhood.  By the Middle Ages, across the Jewish world, hair covering was a firmly entrenched religious obligation.  Interestingly this was the same obligation that at the time, existed in both the Christian and Muslim spheres of influence.

The first serious challenge to traditional hair covering came from the wearing of wigs.  A practice that began in the French court soon swept over Europe and into the Jewish communities.  The practice was at first denounced by Jewish authorities who inveighed against what appeared to be inappropriate emulation of the ways of the non-Jews.  Many maintained that the traditional prohibition against women displaying their hair was to prevent feminine attraction from giving men sinful thoughts.  The wig, they claimed, could evoke the same feelings as the women’s own hair.  Nonetheless the wearing of wigs soon crept into Jewish communities and was eventually accepted.

Despite this many Jewish women continued to find it difficult to wear a wig instead of the more traditional scarves and veils and some wore the wig but covered it in the usual manner.  The wearing of wigs as a hair covering also had a comeback in the 19th and 20th centuries when Jewish women needed to participate in secular life but did not want to compromise religious edicts.  When the external pressures of the European life forced many Jewish women to go out bare-headed some found it more convenient to replace their traditional veil with a wig.

While not inexorably linked with the wearing of wigs the practice of shaving a woman’s hair upon marriage became prevalent in central Europe in what is known as the early modern period Jewish law.  Thus many women chose to shave their heads in order that no hair could escape the confines of her wig or scarf.

Into the 20th and 21st centuries there is widespread disregard for the practice of hair covering itself.  However religiously oriented Jews continue to confront the problem.  There are rabbis who tolerate the lapse of the custom with the understanding that society had changed and it is no longer considered immodest to keep one’s hair uncovered but for the most part head covering continues to be problematic.  Today, the majority of Jewish women do not cover their hair except in the synagogue.

For Jewish and Muslim women modesty is an important part of their faith, influencing their daily lives in many ways such as how they walk, dress, and interact with others.  Both religions encourage modesty primarily to channel a woman’s beauty to where it truly belongs, within her marriage.  Both religions take their laws of modesty very seriously and hijab is considered a way of living rather than just a scarf, wig, or veil.  At one time, and as little as 100 years ago, most Christian denominations considered covering their hair and dressing modestly an integral part of their religious beliefs too.  In the 21st century this behaviour is generally restricted to fringe denominations yet to a certain extent both Christianity and Judaism still consider modest dress and behaviour to be the norm.

Previous: Hijab in the Bible and Torah (part 1 of 2): Hijab in Christian Denominations