Description: A discussion of prohibitions in intimate relationships.. 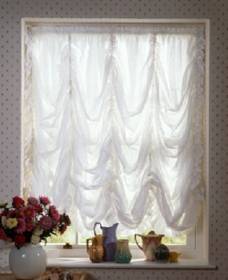 Islam offers clear guidelines for all worldly matters.  God did not create us and then abandon us to the cosmos.  He set out all that we need to know in the Quran and followed it up with the traditions of Prophet Muhammad. God did not leave us floundering about in a sea of misconceptions and misunderstandings; Prophet Muhammad educated us and taught us that one should ask if they do not know. Of course this indicates that one should be open and truthful and never shy away from asking difficult or embarrassing questions.  Thus a lot of what we understand about bedroom etiquette comes from the questions asked by the people around the Prophet, may God praise him.

God says to enjoy each other’s intimate company, to take pleasure, comfort and delight in the intimacy of marriage but He also sets out a few rules about unacceptable behaviour.  We learned in article 1 that refraining from sexual intercourse when the woman is menstruating or still bleeding after childbirth is essential.  Both husband and wife should satisfy each other’s sexual needs and take into consideration the guidance of the Quran and the traditions of Prophet Muhammad, may God praise him. God, the Exalted, says:

And they ask you concerning menstruation.  Say, “It is a harmful thing, so keep away from women during menstruation, and go not in unto them until they are pure.  And when they have purified themselves, then come to them from where God has ordained for you.  Indeed, Allah loves those who are constantly repentant and loves those who purify themselves.” (Quran 2:222)

Post natal bleeding is treated in the same way as menstruation.  A couple should refrain from intercourse during this time and only recommence once the wife has performed the ritual bath.

Homosexuality (sex between members of the same gender) is also forbidden.  Homosexuality is not accepted in Islam and this website can provide you with more information on the reasons for this prohibition.

As far as the issue of oral sex is concerned, it is also a part of enjoying each other’s company and it is governed by two conditions; it must not cause harm or degradation to either spouse, as well impurities must not be swallowed.

Having sex, even lawful sex will invalidate a fast.  Thus a couple must abstain from it while fasting. This may pose as a problem during the month of Ramadan, wherein a Muslim fasts around 30 days, but God has allowed married couples to engage in it after the fast has been broken.

“It has been made permissible for you the night preceding fasting to go to your wives [for sexual relations].  They are clothing for you and you are clothing for them.  God knows that you used to deceive yourselves, so He accepted your repentance and forgave you.  So now, have relations with them and seek that which God has decreed for you.  And eat and drink until the white thread of dawn becomes distinct to you from the black thread [of night].  Then complete the fast until the sunset…” (Quran 2:187)

The issue of sex education is often debated in Muslim communities but there is no doubt that Islamic education must include a component that explains intimate matters.  It is the responsibility of parents to prepare and educate their children about all aspects of their lives, including the physical and emotional changes that take place at puberty, and the Islamic position on sexuality.

Sadly within the Muslim community there are many misunderstandings about sexuality.  Many husbands neglect the right of sexual fulfillment that is owed to their spouses. They may even believe that a wife cannot be virtuous and sexual at the same time.  Feeling desire does not mean that a woman is promiscuous and Prophet Muhammad advised husbands to let their wives achieve sexual fulfillment.  He spoke about the importance of foreplay and using loving words during intimacy.  Sexual dissatisfaction is considered legitimate grounds for divorce on the part of either the wife or husband.  Such issues can be overcome with age appropriate sex education.

The relationship between a husband and wife is the foundation on which a family is built and good strong families are what make a strong community of believers.  Intimate issues between the husband and wife should always be seen as something special and private.  It is a right for both men and women. God alludes to it in the verse, “…They are clothing for you and you are clothing for them …” (Quran 2: 187) The word clothing symbolises a covering; just as a garment protects one’s body spouses, as well, act as a covering for each other by protecting one another’s secrets, honour and shortcomings.  In intimate situations words are spoken, secrets told, souls are laid bare.  These issues must be kept between the married couple except in circumstances of dire need such as medical matters.

Previous: Intimate Issues (part 1 of 2): Sex and Marriage in Islam