Description: A beautiful advice by Prophet Muhammad regarding using the tongue wisely and showing kindness to neighbors and guests. 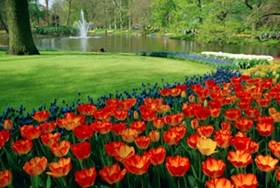 The importance of this Hadith[2]

This hadith discusses some of the ways a Muslim’s faith should affect the way he relates to others.  Ibn Hajar al-Asqalani writes: “This hadith speaks about three matters, and in doing so it brings together everything that good manners entail with respect to both word and deed.”

Whoever believes in God and the Last Day…

This is a conditional sentence.  It is repeated three times in this hadith, each time with a different condition.  The first of these three conditions is to either speak a good word or remain silent, the second is to show hospitality to one’s neighbors, and the third is to show hospitality to one’s guests.  This hadith is showing us that these three qualities are among the many qualities of faith.  A person who fails to fulfill any of these conditions is a person whose faith is incomplete and in want of improvement.

This is an encouragement to speak what is good and beneficial; at the same time it is a warning, cautioning us to be careful in what we say, lest we say something that is harmful or false.

It is part of a Muslim’s faith to speak the truth and to say things that bring about benefit to others.

“O you who believe! Fear God and speak a word that is right.  He will set right for you your deeds and forgive you your sins.  And whoever obeys God and His Messenger has certainly attained a great achievement.” (Quran 33:70-71)

God informs us in the Quran some of what constitutes good in our speech and benefits other people.

“No good is there in much of their private conversation, except for those who enjoin charity or that which is right, or bring reconciliation between people.  And whoever does that seeking God’s pleasure, then we shall grant him a great reward.” (Quran 4:114)

When we have nothing beneficial to say, silence is golden.  Once, Mu`âdh b.  Jabal asked the Prophet to inform him of some good work that would admit him into Paradise and distance him from the Hellfire.  The Prophet mentioned to him the virtues of many good deeds, then said:

“Shall I inform you of the foundation of all of that?”

The Prophet took hold of his tongue and said: “Restrain yourself from this.”

Muadh then asked: “O Prophet of God!  Are we held to task for the things that we say?”

The Prophet replied: “May your mother be bereaved of you, O Mu`âdh! Does anything topple people headlong into the Hellfire save the harvests of their tongues?”[3]

We should avoid speaking ill of others.  We should rather remain silent unless we are seeking justice for some wrong that has been perpetrated against us.

“God does not like that evil should be mentioned in public except by one who has been done injustice.  And God is all-hearing, all-knowing.” (Quran 4:148)

Our tongues are like double-edges swords.  They can work for us and against us, both in this world and the Hereafter.  We will be held accountable for what we say.

“He does not utter a statement except that there is an observer by him ready to record it.” (Quran 50:18)

We must be vigilant not to speak falsehood.  We must think about what we are saying and the possible consequences of our words before we go ahead and speak.

The Prophet said: “A man might speak a word without thinking about its implications, but because of it, he will plunge into the Hellfire further than the distance between the east and west.”[5]

Al-Nawawi comments on the meaning of this hadith, saying: “This hadith encourages us to guard our tongues.  A person who wants to speak should think upon what he is about to say before he utters it.  If it then shows itself to have some benefit to it, he may speak it; otherwise he should refrain from doing so.”

Showing hospitality to the neighbor and the guest

From the perfection of a person’s faith is his showing kindness to those with whom he has dealings, especially his neighbors and his guests.

“Worship God and associate nothing with Him, and show kindness to parents, relatives, orphans, the poor, the near neighbor, the distant neighbor, the companion at your side, the traveler, and those whom your right hands possess.  Indeed, God does not like those who are conceited and boastful.” (Quran 4:36)

There are many forms that this hospitality can take.  It can take the form of help in times of need.  The Prophet said: “He is not a believer who lets himself be satiated while his neighbor goes hungry.”[7]

It can mean making allowances for the neighbor’s needs, even by waiving some of one’s own rights.  The Prophet said: “None of you should prevent his neighbor from placing his rafter in his wall.”[8]

It can take the form of gift giving.  The Prophet said: “O Muslim women!  None of you should consider insignificant a gift that you give to your neighbor, even if it is but the trotters of a sheep.”[9]

The Prophet said: “Whoever believes in God and the Last Day should show hospitality to his guest according to his right.”

He was asked: “What is his right, O Messenger of God?”

The Prophet answered: “It is (to offer the best) for a day and a night, and hospitality extends for three days.  What is beyond that is charity.”[10]

[2] Hadiths are narrations of the words, deeds, appearance, and tacit approvals of Muhammad, may the mercy and blessings of God be upon him.