Hajj in the Bible

Description: A cursory analysis into the word “Hajj” as found in the Old Testament. 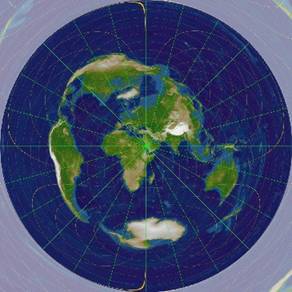 When many Jews and Christians view Islam from the outside, they find parallels to their own faiths that usually inspire a great deal of curiosity.  These parallels are often doctrinal, sometimes regarding the biographies of Prophets shared between the three Abrahamic faiths like Moses and Jesus (peace be upon them).  Yet, sometimes striking parallels are found by the more discerning eye.  Deep inquests often reveal textual and lexical similarities that are difficult—if not impossible—to explain by mere theories of one tradition borrowing from another.

As millions upon millions of Muslim devotees engage in the rites of the Hajj pilgrimage, one of the 5 pillars of Islam, we can peer into the terms used in this age-old practice that lead us to a time long before the Prophet Muhammad, may the mercy and blessings of God be upon him, was even born.  Let us look at the word al-Hajj itself:

Typically, the entire Arabic vocabulary, like its sisters in the Semitic linguistic group, consists of words structured from triliteral triconsonantal roots.  In this case the root is Hajaj (حجج).   According to the classical Arabic lexicon Lisān al-`Arab it is defined:

“Purpose.  As in, ‘So-and-so did Hajj unto us,’ which means he presented himself before us.”[1]

So the general lexical meaning of the word is “intended purpose”.  In the context of the Hajj, the Ka`bah within the Meccan Sanctuary is the intended destination and purpose.  To list usages of this word in an Islamic context would be, for most Muslims, an appeal to the very obvious as stories of its wonder and splendor that have been related to them since childhood.  However, if we peer beyond the context of Islamic rites and deep into the past, do we find this word used in the previous traditions of the Old Testament?

The answer is in the affirmative.  The book of Exodus contains the following verse in reference to a Hajj in the time of Moses:

In this verse the King James translators rendered the uninflected noun Khag (חג) as “feast”.  This word Khag is wholly cognate to the Arabic Hajj (حج).  Elsewhere in the verse the word Khag is inflected as Khagotem and taKhaguhū.  One must pay attention to the fact that the Hebrew phonetic “kh” (ח) is the pharyngeal fricative “h” (ح) in Arabic.  Also, one must note that the phonetic “g” (ג) is cognate to the Arabic “j” (ج).  So for analytical purposes in this context the verse would be rendered:

Another verse using this root is the following:

“And afterward Moses and Aaron went in, and told Pharaoh, Thus saith the LORD God of Israel, Let my people go , that they may hold a feast unto me in the wilderness.” (Exodus 5:1)

The inflected word that the King James translators rendered “feast” is yakhuggū (יחגו) which is cognate to the Arabic “yuhajjū” (يُحَجّوا) so for analytical purposes the verse would be rendered in this context as:

“And afterward Moses and Aaron went in, and told Pharaoh, Thus saith the LORD God of Israel, Let my people go, that they may hold a Hajj unto me in the wilderness.”

This is not to suggest that Moses and Aaron went to Mecca and performed Hajj as Muslims know it today.  It is merely to exemplify that a consecrated journey and pilgrimage unto God at His Temple did, indeed, precede the rise of Islam in the 7th Century CE.

An additional and astonishing dimension to this that makes the concept of lexical borrowing between the Old Testament and the Quran improbable, if not outright impossible, is found in an alternate form of the root in Hebrew, Khug (חוג).  Friedrich Wilhelm Gesenius (1846) defines this word:

Let us look at the verses he has cited above:

“When he prepared the heavens, I was there: when he set a compass (חוג) upon the face of the depth.” (Proverbs 8:27)

“Thick clouds are a covering to him, that he seeth not; and he walketh in the circuit of heaven (וחוג שמים).” (Job 22:14)

“It is he that sitteth upon the circle of the earth (חוג הארץ), and the inhabitants thereof are as grasshoppers; that stretcheth out the heavens as a curtain, and spreadeth them out as a tent to dwell in.” (Isaiah 40:22)

Thus, this word not only means sacred pilgrimage and feast unto God in the Bible, it also means to encircle.  To any Muslim this will be a striking discovery.

Semitic languages have been, since time immemorial, broad and deep systems of expression where one word’s many variant, but supplementary, meanings all coalesce to a greater understanding of that lexeme.  So in this case we have a root which has a form meaning a feast, also meaning a pilgrimage, and in one form meaning to encircle! The Hajj pilgrimage, which is at its core an encircling of the Ka`bah called Tawāf, is concluded with none other than the Feast of the Sacrifice, Eid al-Adha, to commemorate Abraham’s willingness to sacrifice his son at God’s command.  Borrowing all these meanings buried in lexica that did not even exist until hundreds of years after the life of the Prophet Muhammad would require no short of a Semitic linguist and Biblical scholar.  It should be noted that the Bible itself would not be available until 200-300 years after the passing of the Prophet Muhammad[3].  Such lexical depth and lucidity is consistently found throughout the Quran as God has stated therein:

“And this Quran is not such as could ever be produced by other than Allah (Lord of the heavens and the earth), but it is a confirmation of (the revelation) which was before it [i.e. the Torah, and the Gospel, etc.], and a full explanation of the Book (i.e. laws and orders, etc, decreed for humankind) - wherein there is no doubt from the the Lord of the Worlds” (Quran 10:37)

I am always appreciate you and your colleagues for created this beautiful website for us and those who find out the knowledge that blinded to us...