Description: A description of Arabian society at the advent of Islam and a brief look at the people around Prophet Muhammad. 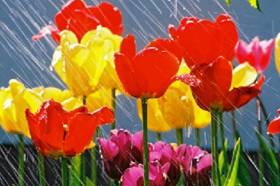 The most widely accepted definition of a companion of Prophet Muhammad is someone who met the Prophet, believed in him and died as a Muslim.  The Arabic translation of the word companion is sahabi, thus companions (plural) become sahaba.  As with all Arabic words there are many shades and levels of meaning.  The root of the word is sa-hi-ba and means physical nearness or to sit with, thus a sahabi is generally considered someone to have been close to Prophet Muhammad; someone who spent considerable time in his company or presence.  The companions, men, women and children loved Prophet Muhammad dearly and anyone of them would have given their lives in his defence or in defence of the fledgling religion.

Both God and Prophet Muhammad reciprocated the companions love and devotion.

The companions are considered the best generation of the Islamic nation, both then and now.  We learn about their etiquettes and manners, we read their stories and marvel at their exploits; we admire their religious zeal and their utter devotion to God and His Messenger.  However, we often lack a holistic understanding of their lives.  Who were these men, women and children? What were their lives like before the advent of Islam? What sort of people were they before they chose to love and follow Prophet Muhammad? And in addition to this what was it about Prophet Muhammad that produced such complete devotion?

In pre-Islamic Arabia there was no system of government thus there was no law and order.  If crimes were committed the injured party took justice into his own hands.  A person felt secure only amongst his own tribe and it seems that the peninsula was in a constant state of warfare.  Disputes were settled in battles and old and gallant codes and honour systems were recognised and used.  Caravan trade was an important fixture in Arabia and fortunes were won and lost via the trading of things as diverse as camels, raisins and silver bars.

Islam was able to take the very best of Arabian society and use it.  Their innate traits of valor, strength and fierceness were harnessed and tamed by Islam.  A connection to God changed the lives of the companions of Prophet Muhammad.    Islam took an undisciplined people and used them to establish a system of rule unlike any other known to humankind.  Love for Prophet Muhammad changed lives then, just as it does now.  Let us take a look at some of the changes to the lives of the companions and we will see that this, the first generation of Muslims was very similar to the people converting to Islam now, in the 21st century.

Hamzah lbn Abdul Muttalib, the Prophet’s paternal uncle was of a similar age to Muhammad, they played together as children.  However as they grew older they parted ways.  Hamzah preferred a life of leisure trying to secure a place amongst the leaders of Makkah while Muhammad chose a life of contemplation.  Hamzah enjoyed his life; he was strong and well respected.   He seemed to be on a path of leadership but soon all his acquaintances were talking about Muhammad and how he was destroying the lifestyle they had come to enjoy.  Hamzah found himself having to make a decision when one day he learned that Muhammad had been insulted by the men Hamzah had been friends with in his quest for the good life.  He chose Muhammad and converted to Islam and in doing so turned his back on a life of luxury and indolence.  Hamzah knew Muhammad well, loved him like a brother and found that his decision was not a hard one to make.

Omar Ibn Al Khattab’s path to Islam began with a vehement hatred of Muhammad but that hatred soon turned into a fierce love.  When Muhammad’s teachings became a problem for the men of Makkah, Omar pronounced his hatred for Islam openly and took part in the abuse and torture of many of the weaker converts to Islam.   His hatred of Islam and the way it was able to change lives was so strong that he volunteered to kill Prophet Muhammad.   On taking the decision and without a second’s hesitation, he strode down the streets of Makkah intent on drawing his sword and ending the life of the Prophet of God.  Omar was a man of strength, he was feared and admired for his boldness but he too was overcome by the sublime beauty of the Quran and his recognition of the innate goodness and justice of the man Muhammad.

The Makkan leader known as ‘Abu Jahal’ (i.e. father of ignorance) was actually named Amr ibn Hisham and he was commonly known as ‘Abu Hakam’ (Father of Wisdom).  His relentless hostility and belligerence towards Islam however, earned him the name Abu Jahal among the Muslims.  He was a staunch polytheist and hated Prophet Muhammad.  He took every opportunity to curse and humiliate him.  If he discovered a convert he would reprimand and humiliate him.  If he discovered a trader had converted to Islam he would give orders that no one trade with him thereby ruining his livelihood and causing him to become impoverished.  Abu Jahal perished in the first battle fought against the Makkans, the Battle of Badr.  His son Ikrimah however, became one of the important military and civil leaders of the Islamic nation.  After years of hatred towards Islam he embraced the new faith when he observed Prophet Muhammad’s justice towards the people of Makkah.  When Makkah was conquered Prophet Muhammad could easily have put his most hated enemies to death however his sense of righteousness caused him to bestow a general pardon and amnesty.

These three men were very strong in both character and physicality.  They were not easily dominated in fact they were usually the ones with the upper hand.  They made quick and firm decisions to embrace Islam and follow Prophet Muhammad.  In the next article we will look at the qualities and character traits of Prophet Muhammad and ask what was it that made people endure torture and trials in order to support their new religion and follow their Prophet.

Next: The Love of the Companions for Prophet Muhammad (part 2 of 2): Devotion Beyond Compare