Description: How to achieve profound happiness and satisfaction or ‘flow’.  Part 2: The ingredients of flow are present in almost all forms of Islamic worship.  Flow-producing activities require an initial investment and self discipline. 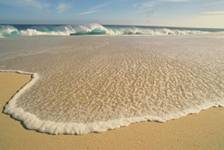 Let us take fasting as an example.  At some point when a person fasts they begin to feel thirsty and hungry.  What we call hunger and thirst are basic biological processes that cause signals to be sent to our brain, which basically tell us “eat”, “drink”, but we consciously choose to over ride these signals, to reject basic biological functions and commands because we have consciously chosen that there is a more important objective.  The factors that motivate us are very important, since the more they are connected with basic needs the less positive effect it will have and less optimal the experience will be.  For example, a person who fasts out of fear of getting caught eating or drinking, or for health reasons, will not benefit on the same level as one who, for example, does it completely with the intention to please God.  The former reasons are based on externalities, where as the latter is autotelic.  Even so, whatever the reason, fasting teaches us we can override our impulses, that we are not complete “victims” of our biology.  The fasting Muslim is given an added interesting dimension, in that the time for fasting is prescribed, from dawn to sunset, and that not delaying in eating and drinking or breaking the fast is also part of the discipline.  The fast is defined.  One is encouraged to break the fast with others, and provide food and drink for the fasting person.  The fasting Muslim, then has in the fast all the ingredients for flow.  The action is defined, not too easy or too difficult, it is autotelic and one feels that one has improved as a person and participated in or contributed to the group.  These conditions actually also apply to the five regular daily prayers, the obligatory charity and the pilgrimage to Makkah, indeed almost any act of worship.

The key to success in the inner struggle is intention.  It is intention that gives focus to consciousness and whatever the consciousness, or mind is occupied with is the direction one will inevitably go.  What we think about we become!

This can act as positive loop or downward spiral.  If, for example, when you focus constantly on negative things, one’s consciousness becomes preoccupied with that, and then one focuses more on those negative things, which itself makes one more negative and more depressed.  The opposite is also true.

Intention is the firm resolve to do something.  It is a decision.  These intentions are very important, and key to controlling consciousness, and directing oneself in the way one needs to go.  It is here that the key to self control and self discipline lies.  It is also important to understand that we have limited mental energy.  It gets depleted like anything else.  Also we get distracted away from those things we intend.  We may be trying to set ourselves resolutely on a path but become distracted with doubts and worries.  These drain our energy, weaken our determination and can sometimes completely divert our attention.  Flow experiences actually increase our mental energy.  Why then do people often leave optimal experience for experiences that do little if anything to enhance the quality of one’s life? For example, U.S.  teenagers experience flow about 13 percent of the time that they spend watching television, 34 percent of the time they do hobbies, and 44 percent of the time they are involved in sports and games.  Yet these same teenagers spend at least four times more of their free hours watching TV than doing hobbies or sports.  Similar ratios are true for adults.  Why would we spend four times more of our free time doing something that has less than half the chance of making us feel good?

Flow-producing activities require an initial investment of attention before it begins to be enjoyable.  If a person is too tired, anxious, or lacks the discipline to overcome that initial obstacle, he or she will have to settle for something that, although less enjoyable, is more accessible.  Many avoid them and instead involve themselves in passive experiences like sitting around and watching TV, because of the initial effort required to do flow activities.

People with self discipline learn to be resolute in their decisions and act on them, and then find ways to get optimal experience from those actions.  They will overcome this initial reservation and bring flow into their lives.

One of the most useful things in this regard are the five daily ritual prayers that a Muslim must make.  There is a tradition that states that if anyone prays two units of the ritual prayer, or salah, and thinks of nothing except Allah (God) all their sins will be forgiven.  This is in fact very difficult.  It is probably easier to climb Mount Everest! This is because it is very hard to keep out random mental activity, unless one trains oneself to have focus.  This is the difference between the prayer of a person who makes the movements and says the words and one who prays properly, with understanding, attentiveness, awe and humility.

This inner struggle is called “jihad an-nafs” in the Islamic tradition and a great deal has been written about it.  It is said to be the best jihad, or the best struggle and that is fighting against one’s desires and passions for the sake of God.  It is more than interesting that much of what modern psychologists have come to understand about the human condition has already been expounded upon by Muslim scholars!  Indeed anyone familiar with the spiritual tradition in Islam who reads some of the writings on psychology would imagine that these psychologists had cut and pasted from the Islamic writings.

Flow can be experienced in negative and destructive things also.  It is not enough to merely link lots of optimal experiences together, if your life as a whole has no meaning or objective.

It is fascinating then that the Quran teaches that God, Allah, the Creator has made life a test and that He has created us in toil and struggle.  The successful ones are those who’s intention is most pure and action most correct.  It is our intentions, the state of our hearts that God looks at, not our outer appearance such as the colour of our skin, or wealth or status.  Purifying this heart, directing our minds towards the noblest goal of serving God, is the key to success (falaah), and indeed the very purpose of life.  Serving God of course does not just mean prayer, glorification and remembrance of God, but it also means caring for the needs of His creatures.  Prophet Muhammad, may God praise him, said:

“Verily, Allah, the Exalted and Glorious, would say on the Day of Resurrection: “O son of Adam, I was sick but you did not visit Me.”

He would say: “O my Lord; how could I visit Thee whereas You are the Lord of the worlds?”

Thereupon Allah would say: “Didn’t you know that such and such servant of Mine was sick but you did not visit him and were you  to visit him, you would have found My reward in that visit? O son of Adam, I asked for food from you but you did not feed Me!”

He would say: “My Lord, how could I feed You whereas You are the Lord of the worlds?”

He would say: “My Lord, how could I provide You whereas You are the Lord of the worlds?”

Thereupon Allah would say: “Such and such of servant of Mine asked you for a drink but you did not provide him, and had you provided him drink you would have My reward in that deed.””[2]

The paradox of happiness is that once you start to look for it, it will escape you.  It is only by embracing the inner struggle that we can find ourselves on the road to true happiness.

Watch out for my forthcoming book (inshallah – God Willing): “Embracing the Inner Struggle on the Path to True Happiness”.

Very Nice and Beautiful. Your articles are like Sunshine. Jazakallahkhair.