The Wisdom behind the Postures and Phrases of Prayer (part 1 of 2): Can certain positions really bring a person closer to God?

Description: The benefits that come from following the guidelines. 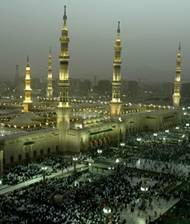 Prayer is the second pillar of Islam.

“...so let the first thing to which you will invite them be the Oneness of God.   If they learn that, tell them that God has enjoined on them, five prayers to be offered in one day and one night.”[1]

After a person testifies to or affirms their belief in Allah and His messenger Mohammad the next important step is to pray.  To pray in the way that has been prescribed for us by God and taught to us by Prophet Muhammad, may the mercy and blessings of God be upon him .

“…glorify the Praises of your Lord, before the rising of the sun and before (its) setting.   And during a part of the night (also) glorify His praises …” (Quran 50:39-40)

Prophet Muhammad said, in his authentic traditions “Pray as you have seen me pray”.[2]

Today we are going to look a little closer at the way we pray and try to understand the significance of the positions we assume and the order in which we assume them.  Before we begin it is worth remembering that Islam is a religion that is actually more than a religion.  It is a way of life.  While for many religion is something practiced on a weekly basis, for Muslims it is a way of life that flows into every aspect of their being.  Islam is concerned with healthy believers; healthy in mind, body and spirituality.   The way we pray demonstrates this.

“Verily, the prayer is enjoined on the believers at fixed hours”.  (Quran 4:103)

“And I did not create  Jinn and humankind except to worship Me Alone” (Quran 51:56)

Muslims pray in the early morning before sunrise, in the middle of the day, in the afternoon, at sunset and at night.  Muslims pray in obedience to God because they believe God created humankind for no other purpose except to worship Him.  Thus the epitome of worship is prayer.  God is the most kind and the most merciful so, as we would expect, the benefits embedded in the prayer are for us and us alone.  God does not need our prayers but we surely need the benefits we attain from praying.  The benefits are spiritual, emotional and physical and the most important is establishing a connection to our Lord, the Most Merciful.

The Arabic word for prayer is salah and interestingly it is a word that denotes connection.  Prayer is our way of connecting with and maintaining a connection with God.  Prayer at fixed times serve as a reminder of why we are here and helps to direct a person’s thoughts and actions away from sin and onto  the remembrance of God.

Prayer comprises of both physical movement and mental concentration.  It includes the posture of standing, deep bowing, kowtowing (touching the forehead on the ground) and sitting.  The movements or postures have been compared to other exercise regimes and there is no doubt that five times per day, a Muslim is engaging in a moderate exercise regime that encourages good blood circulation, regular calm controlled breathing and general suppleness.  Although not physically over demanding it is a mild form of physical exercise done consistently.

It is important to perfect all of the movements of the prayer, rather than haphazardly rushing through them because each movement has a purpose.  From the opening Takbir (saying Allahu Akbar or God is Great) to begin the prayer the movements and postures are of both physical and spiritual benefit for us.  Standing calmly and gathering our thoughts improves posture, balance, and self-awareness, as well as normalising blood pressure and breathing.  However, takbir also denotes that the prayer has begun and all matters relating to this world are left far behind.   A calm meditative state is achieved and a connection is made.   In the few minutes it takes to pray, each person stands before God in full submission.  We gain peace, tranquility and numerous health benefits a few of which are mentioned below.

Bowing stretches and tones the muscles of the lower back, thighs, legs and calves, and abdomen.  The physical benefits of prostration are many; prostration can help maintain the lymph and skeletal systems and the prostrate, bladder and adrenal glands.   The placement of the forehead upon the ground causes an increased blood supply to the brain and has been cited as having a good effect upon memory, vision, hearing, concentration, and other cognitive abilities. As the person praying moves through the positions of prayer, standing, bowing, prostrating and sitting, it assists in general good health by stimulating the large intestine and aiding detoxification and digestion.

The position of prostration, when the forehead touches the ground is exclusively associated with the Islamic form of prayer.  It is the apex of a person’s prayer and it is mentioned in the authentic traditions of Prophet Muhammad as the position in which a believer is as close to God as it is possible to be.  "The nearest one comes to his Lord is when he is kowtowing.”[3]  This is the supreme benefit in the different postures of prayer and it is a mercy from God that so many other physical benefits are also associated with prayer.  God asks us to worship Him and then rewards us with countless blessings beyond the supreme benefit of pleasing our Creator.

Over the years many have suggested that the Islamic prayer contains benefits associated with yoga and tai chi however it would be more correct to say that these health regimes incorporate many of the health benefits contained in the prayer.  It is logical to think that the One who created us also gave us the means with which to keep ourselves healthy and strong both in belief and physical attributes related to the mind and body.

In the next article we will take a look at the words we use while praying and discover that they too have benefits for the body, mind and spirit.  They too not only fulfil our obligation to worship God but they also have by-products designed to make our lives easier and bearable in the good times and in the times of stress and strife.

Next: The Wisdom behind the Postures and Phrases of Prayer (part 2 of 2): Perfect the postures and seek aid from your tongue

Aisha! May Allah increase your knowledge and wisdom for the benefit of Islam and Humanity. Ameen