Description: This series of articles provide a conceptual framework for answering the ‘big questions’ related to our existence.  Part 1 discusses the need for searching for the truth. 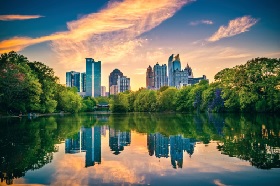 These philosophical reflections are my thoughts on; truth, success, purpose, death, thinking, and worldview.  They were written with the intention to express my initial thinking that led to my current conclusions on life.  I have deliberately ended on questions rather than answers, as I wanted to provide a conceptual framework for readers who may not share my worldview, and to seek the answers for themselves.  Relevant Quranic verses have been included as introductory literary devices to evoke thought and set the mental scene.  This approach is a major theme in the Quran, as it frequently mentions, “Do you not reflect?”

There is an African proverb that states “He who asks questions, cannot avoid the answers”, so I hope these reflections will evoke thought and facilitate guidance for all those who seek it.

The question of truth has perplexed the mind of nearly every human being that has lived on this planet.  What is truth? How do we get to know truth? Is there such a thing as truth? This type of thinking dates back to the ancient Greek Philosopher Socrates, as a young man he endlessly questioned and sought after the truth.  However, in our day and age we do not really think about concepts such as truth.  We may have argued, “tell me the truth!” if we suspect our friends of betrayal, or we “swear to tell the truth” in a court of law, but when it comes to our existence, and questioning what it means to be a human being, we forget about truth and adopt skepticism as a philosophy.

Skepticism answers in the negative the following question: can we know anything? It essentially implies the belief that the truth about life and the universe will never be known.  Founded by Pyrrho of Elis, Skepticism was advocated and put into writing by the Greek Philosopher Sextus Empiricus who was the first to detail and codify the doctrine.  This school of philosophy is common in today’s society, however, its approach regarding truth is unwarranted because we can discover it, and the only way to do that is by endless, insistent questioning.  Socrates was great at questioning and by doing so he would bring his opponents to realise the truth, and this is because he believed the truth was already within us.  For example, there are many universal principles that we can never deny, and to deny them would deny knowledge itself.  For instance, take two planks of wood that are equal in length: do we know they are equal because they are the same length or do we know what the concept of equality is prior to our experience? It is because we have the innate, inbuilt concept of equality that enables us to see that the planks of wood are the same length.  Also, we know that half of something is less than its whole, and we know the truth of the fact that all fathers are men.  These innate ideas and concepts are known in epistemology as a priori, which means knowledge independent from experience.

From a practical perspective the skeptic’s position is untenable, because we know the truth of the laws of physics that enable bridges to withstand heavy loads, including the laws that keep boats afloat.  If a skeptical position was assumed when building our houses, would we agree to implement the architect’s design? The Polish Philosopher Leszek Kolakowski writes,

“We might say: well, since we know nothing, what is the point of constructing theories that have no foundation? But if philosophers and scholars had seriously attempted to achieve such self-satisfied serenity, would they have been able to build our civilization? Would modern physics have been invented?”

So there are some universal truths that we can feel secure in accepting, and the way to find out further truths is to use these universal truths as a starting point, which is called epistemic foundationalism in the language of philosophy.

The importance of truth has been emphasized by many thinkers past and present.  Plato the ancient Philosopher said “And isn’t it a bad thing to be deceived about the truth, and a good thing to know what the truth is? For I assume that by knowing the truth you mean knowing things as they really are.” So why is the search for truth important? The significance of truth is not only intuitive; it is something that gives us a sense of reality, that things are real.  In absence of truth life on occasions can seem unreal and illusory in a certain sense.  Additionally, many psychologists have acknowledged that human beings want to be right and seek to learn from social norms when they are unsure about things, this psychological process is known as ‘Normative and Informational Social Influence’.  In this view the search for truth is very important as it has the possibility of shaping who we are or the person we want to be.

Another way of looking at this is that not searching for truth is tantamount to lying to ourselves, or even accepting a lie, because anything other than truth will be accepting it’s opposite.  So the search for truth would be a means of trying to be more sincere with our own existence, as we would be seeking to establish the truth of who we are and the life we are living.  Finally, holding on to the skeptical view that there is no truth is self-defeating, because the claim that there is no truth is actually a truth claim, so how can anyone claim that skepticism is true but everything else is not? This is the inconsistency of the skeptical view; a skeptic would claim the truth of skepticism but would deny all other truths! Consequently no matter what position we hold we still have to accept a truth, and in this light, let the search for truth begin!

Next: Philosophical Reflections (part 2 of 5)