Description: A comparison between modern methods of recording history and that used in hadeeth.  Part two: Modern, Western Historical Methodology and internal criticism. 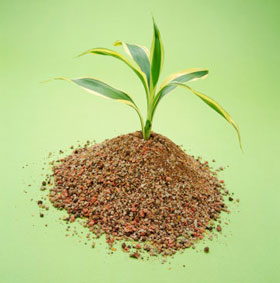 Internal criticism is concerned with the content of the source and naturally follows its external criticism (Lucey 24).  The goal in this step is to establish the credibility of the testimony.  To start with, the historian must be sure to understand what the witness meant by his testimony.  Only then can the historian be able to properly determine the credibility of the witness under question.  Establishing the credibility of the witness means establishing both his competence (that he speaks out of knowledge) and veracity (that he is truthful).  In practice, some testimonies are rejected on the basis of the aforementioned tests, though a considerable amount of testimonies are established as reliable (Lucey 24).

Given that language is constantly in a state of change, determining the true meaning of a testimony is not an easy task.  Oftentimes words are not used literally and new meanings become attached to them.  The historian needs to figure out the meaning which the author or witness attaches to particular words in order to properly understand the testimony.  He also needs to be familiar with the idioms used at the time of the sources origin.  Obviously the historian must be fluent in the language used in the source and trained in philology to undertake this task.

In order to properly understand a source or testimony, it is also necessary to know what kind of person or people created the source; in other words, what their attitudes and interests were (Marwick 223).  One should inquire into their education, position in life, political views, and character (Lucey 73).  Also important is their age and temperament (Lucey 78).  This knowledge will also prove useful in determining the credibility of the witness.  Furthermore, it is important to know how and why the particular source came about as well as for whom it was intended.  After the historian has correctly understood the content of the testimony and what the witness intended to say, he can move on to examine the credibility of the witness.

The next step is to establish if the person or people behind the source were indeed in a position to know first-hand about the matter under investigation and whether they were honest.  It is said that the proper attitude at this juncture is to be neither gullible nor skeptical in order to do justice to the source in question (Lucey 73).  A witness’s testimony should not be discounted unless he has been completely discredited.  It is acceptable for a witness to make some mistakes so long as his testimony remains substantially true.  In the words of one historian,

“The credibility of testimony, then, derives from the competence and veracity of the witness, and these two qualifications must not be taken for granted.  His ability to observe must be established, the opportunity to observe verified, his honesty ascertained, his testimony compared with that of other witnesses to discount the errors any one witness may make” (Lucey 73-4).

Also among the items that help establish the credibility of a source is knowledge of the type of source, including its nature and purpose (Lucey 77).  Each type of source will have its own criteria of evaluation.  For example, a political platform would not be looked at in the same way as an editorial (Lucey 77).  In addition, certain witness’ veracity, moral character, and competence are already well established, particularly those in public life (Lucey 78).  Therefore, the testimonies of such witnesses need not be challenged unless proven otherwise.

There are a few matters that the historian must be careful of at this step.  He should be careful not to assume that a witness’s opportunity to observe means that he is competent.  Not only does it need to be established that the opportunity was real, but it also must be established that a competent witness took advantage of it.  Another matter to note is the common sources of error.  At the top of the list are faulty memory and prejudices, though weaknesses such as a defective sense of observation also pose a serious challenge (Lucey 75).  Such weaknesses on the part of the witness or author of a source can easily lead to misunderstandings on the part of the historian.

Although historians are reluctant to accept the testimony of one witness, they are justified in doing so as long as the witness is qualified.  Naturally more than one witness is preferred, and the more the better.  Of course the witnesses should be competent and honest, and should have been near the reported event or at least took their knowledge from those who were (Lucey 79).  The more qualified witnesses there are, the easier the task of the historian.  He can then compare testimonies and eliminate errors in them, as well as use his reliable sources in determining the reliability of any new witnesses.

In comparing one source with others to determine credibility, there are three possibilities.  They can agree with the source in question, they can disagree, or they can be silent.  Agreement between the sources is not enough to establish the credibility of a source in question.  It needs to be determined if the sources are independent, as otherwise one can suspect a conspiracy or dependence on one original source (Lucey 80).  Especially if an event was public, then there should be many independent accounts of it.  However, if the sources disagree or contradict, then one needs to examine the degree of the difference and the nature of the sources.  Differences on minor points and details are not enough to discredit the source in question, and in fact they are common and expected (Lucey 81).  One should be careful not to confuse between flat or apparent contradictions and real ones, and realize that carefully and patiently sticking to the rules of criticism will probably resolve an apparent contradiction (Lucey 83).  However if there is a real contradiction, then none of the sources can be used until one of them gains credibility on some other grounds.  If the subject happens to be a controversial problem, then the testimonies of interested parties and extremists must be handled with great care.

The third possible scenario is that of the sources being silent on the testimony in question.  The attitude towards such a testimony is negative, though it is not immediately rejected.  In order to reject the testimony, it must be established that the silent witnesses were capable of knowing about the event and were in a position where they needed to report it (Lucey 84).  However, these are hard to establish matters.

After the historian has sifted through his sources and rigorously applied the rules of external and internal criticism, he is ready to write.  The ordering and synthesizing of all the materials into the correct reconstruction of an event is a challenging task that involves interpretation on the part of the historian.  The manner in which he interprets his reliable sources shapes his reconstruction of a particular event.