Description: A comparison between modern methods of recording history and that used in hadeeth. Part One: Modern, Western Historical Methodology and external criticism. 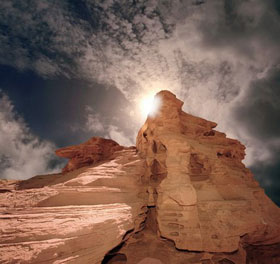 The study of hadeeth is one that goes back centuries and has been the subject of much discussion among both Muslims and non-Muslims alike.  Some scholars deem the collections of hadeeth as unauthentic and something to be disregarded, while others claim the opposite.  Where exactly does the truth lie?  As a starting point, it is helpful to examine criticism according to hadeeth methodology compared to criticism according to modern, western historical methodology.  Therefore the purpose of this paper shall be to first explain the general guidelines for authenticating and verifying historical sources, then to explain the general guidelines used in authenticating and verifying hadeeth, and finally to compare the two processes.

When events occur, they can be known by contemporaries who then pass on their knowledge and understanding (Lucey 20)[1].  In daily life, people accept that knowledge of events can be passed on from the witnesses of those events, and that they can be transmitted exactly.  Indeed, in a court of law, through the testimonies of witnesses to a particular event, facts are established beyond a reasonable doubt (Lucey 22).  According to one historian, “Testimony, sufficient, reliable testimony, is a source of unimpeachable, indisputable knowledge of historical events” (Lucey 20).  It is from the reliable testimony of contemporaries of events that historical knowledge is derived (Lucey 18).  Therefore, the aim of historical methodology is to determine if the various testimonies that reach us today can be accepted as sound evidence.

Once a historian has collected his sources anything that directly or indirectly provides information about a particular event (e.g. a book, a scroll, a broken piece of pottery, a picture, a radio clip, an oral tradition)he must then evaluate them using the techniques of criticism.  These historical sources or “witnesses” provide information or testimony.  It is the role of external criticism to establish the authenticity of a source (the fact of testimony) and its integrity (the freedom from corruption during transmission).  In comparison, internal criticism is concerned with establishing the true meaning of a testimony and the credibility of a witness (Lucey 23).  Ultimately, the basic principles of source criticism are what lead to the establishment of facts, or to the debunking of previously established ones (Marwick 196)[2].

External criticism involves investigating the origin of a particular source – as opposed to its content, which is the concern of internal criticism.  The historian needs to seek out all possible information regarding the sources origin, as well as possibly restore the source to its original form (Lucey 23).  This is in order to establish the authenticity of the source.  Determining the authenticity of a source means establishing that the testimony is indeed that of the person to whom it is attributed, or that it belongs to the period to which it claims to belong, and that it is what it claims itself to be.  Seeking out all possible information regarding the sources origin is also necessary for establishing the integrity of the source; i.e., that it has not been corrupted during its transmission to the present time, and if it has, that the changes are identified.

There are many different kinds of questions that need to be answered in order to establish the fact of testimony, the first step of external criticism.  One needs to determine the origin of the source as well as where it was originally found (Marwick 222).  For example, if one finds Egyptian pottery in excavations in Yemen, then where it was found would be of great significance in that it would hint at trade between the two countries.  Additionally, one needs to know the date of the source and determine how close its date is to the dates pertaining to the topic under investigation (Marwick 222).  Another important matter to determine is how it relates to other important dates.  All this information pertaining to the origin of the source will also prove useful in determining its credibility by way of internal criticism later on.

It is worth noting here that historians distinguish between authorship and authenticity, even though “identifying the author is the first step in establishing authenticity” (Lucey 47).  It is possible for an anonymous document to be authentic, such as the early writings that appeared under pseudonyms, as long as it is known to what year or period and place the document belongs.  However, in certain cases the author of a document must be established in order to determine the authenticity of a source.

The second and last step in external criticism consists of an examination of the sources integrity.  In other words, it must be ascertained that the source or testimony has reached the historian uncorrupted.  Only then is the fact of testimony absolutely established (Lucey 62).  If changes have been made in the testimony, he must be able to distinguish the original from the changes in order for the source to remain authentic.  Although there may be unintentional or intentional additions and deletions made to the original source or its copies, it must be established that the source or testimony is at least substantially integral.  It is worth noting here that corruption resulting from careless copying is quite a common occurrence and can potentially lead to great misunderstanding (Lucey 62).  With this much being established, the historian can now move on to evaluate the testimony.

This is a wonderful topic!!!! Thanks for bringing this on!