Description: The first part of a logical argument proving that the truth is absolute and not relative, through examination of morals and ethics in various times and places. 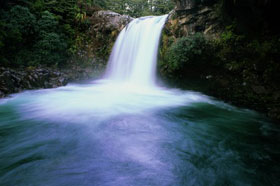 Often when discussing religion, one hears the statement that none has the right to judge anyone else’s beliefs, or that religion is a person’s private matter and we can not say that it is wrong or right.  Throughout history, societies have based their laws and ethics upon “absolute truths” which they deem to be “right”, and this is either a result of an exterior text regarded as supreme, or of the trait found in the innate nature of humans that causes them to see certain things as good and others as evil.  Humans, to a limited scale, can see certain things as good and evil.  For example, all humans, left to their natural state without perversion of the mind, will see feces and urine as filthy.  Also, certain deeds, like stealing, killing and lying are also known to be evil, while truth, sincerity, and honor are seen to be lofty.  This is a result of a trait that was created in all humans, but as mentioned above, this sense is limited.

If one says that they do not have the right to judge other’s beliefs or actions, they are, in fact, contradicting themselves.  If you were to ask many of these people whether killing infants or suicide is correct and acceptable, they will naturally answer that it is not.  But when we look into certain societies, such as some religions found in Central America, infanticide was seen to be a way to draw near to their gods.  Also today, in Hindu religion, it is praiseworthy for a wife to kill herself after the death of her husband.  If they truly believe that religion is something left to the individual and that none have the right to interfere or judge them, then this would necessitate allowing that killing babies is something which is correct to those who believe it is praiseworthy, and that people have no right to judge them.

If we were to bring this issue to an individual level, we would see that each person has their individual perception of good and evil, whether this perception is based upon religion, law, culture, or individual contemplation.  One might believe that it is perfectly acceptable to commit adultery while another might think it to be wrong.  One might believe that it is permissible for them to indulge in narcotics since it is their own body, and others might believe it to be a crime.  None would be able to say that anything is right or wrong, and all people would be left to their own devices to believe and practice what they perceive as “correct.”

If we were to implement this belief in society, we would have a community based upon anarchy, where no laws could be legislated nor executed, for law is based upon the principle that certain things are to be good and others are evil.  If one were to say that there are certain truths agreed to by all humans which can be used to legislate laws, this statement is true to a certain limit, as we stated that all humans do naturally have a trait to know right from wrong in a limited sense.  But as seen, this trait many times becomes perverted through environmental, psychological, or religious factors, in that certain acts which were at one time seen as evil and immoral are later seen as sound and acceptable, and some things which do not accord to human nature are seen to be the keys to salvation.  This can be clearly observed in democratic societies which base their laws on the majority.  We see that many things which were considered to be outright absurd or immoral are now socially acceptable, to the extent that if one holds a different opinion in regards to the issue, they are seen as outcasts.

For this reason, humans cannot be left to their own accords to legislate what is correct and incorrect.  Even in societies of the same religion which have instituted the separation of religion and state, although they are in agreement to those things which they maintained from their religion, they differ greatly in regards to what is deemed correct and incorrect in their societies.  What is considered as the legal age of consent to sex in France is considered rape in America.  While abortion is legal in one country, it is a crime in another, and when homosexuality is seen as a valid way of life in one society, it is seen as a grave sin in another.

So if we now say that the truth is absolute and one and is not relative to each individual and society, then the next question is what are the morals which make truth manifest and who is to decide them?  What are the laws which should be implemented in society?  Should they be decided by lawyers and judges who have reached a level of “legal enlightenment”, politicians who usually make decisions for their own benefit or the benefit of their own countries, or philosophers which have come to know the universal truths through their own contemplation?  As seen earlier, humans cannot be left to decide these issues, lest there be catastrophic results, as seen today in many societies ridden with numerous ills.  The only One who has the right to legislate right and wrong is the One who created us and knows what is best for us, and that is God Almighty.  It is God who created the world and it is God who set the scales of justice.  It is God who is perfect and it is God who has no faults whatsoever.

Most of our discussion has dealt with the issues of belief which deal with morality and deeds, but what is even more important is those beliefs which deal with God, and this will be discussed in the following article.

Description: The second part of a logical argument proving that the truth is absolute and not relative, through examination of various religious principles in various times and places.

Those who believe that the truth is relative and that all beliefs are correct deem that it is not possible to say that a person’s beliefs are wrong, because religion to them is a purely individual belief.  The falsehood of this statement is quite apparent and we do not need to delve into great detail to prove it.  If one religion believes that Jesus was a false prophet, another maintains he is God, and yet another that he was a human specially chosen to be a prophet, how can they all be true?  Jesus, may the mercy and blessings of God be upon him, must inevitably be one of the three things mentioned above, and all three statements cannot be correct.  Therefore, as only one of these statements can be correct, whichever is established as true determines that  the others must then be considered as false.

This does not, however, mean that a person does not have the right to believe as they wish, as this is a right that God has invested to all humans.  But at the same time, it does not mean that one must take the other extreme and say that they are all correct, and that one does not have the right to form a judgment about them.  Also, giving a person the right to believe what he wishes does not necessitate that they have right to openly practice or publicize these beliefs, for laws implemented in society always look at the effects of actions at the greater societal level and whether those actions are advantageous or harmful to the society at large.

From what we have discussed, we can unequivocally come to the conclusion that all the religions found today in the world are either all false, or that there exists one among them which is the comprehensive Truth; for although various religions do contain similarities, they also have fundamental differences.

If we were to say that no religion in the world today is correct, then this would entail believing that God is unjust because He left us to wander about on earth in sin and transgression without showing us the right way to do things, and this is impossible for a Just God.  Therefore the only logical conclusion is that there is One True Religion, which contains guidance in all spheres of life, religious, moral, societal, and individual.

How do we know what this one true religion is?  It is upon each and every human to investigate this matter.  Humans were created to fulfill a great purpose, not just to eat, sleep and go about finding their daily sustenance and satiate their desires.  In order to fulfill this purpose, one must try to find what their purpose is, and this can only be done by investigation.  If one believes that there is a God, and that God must not have left humans to wander in misguidance, then they must search for the religion and way of life which God revealed.  Furthermore, this religion would not be hidden or hard for humans to find or understand, for that would defeat the purpose of guidance.  Also, the religion must contain the same message throughout time, since we mentioned that everything returns to one absolute truth.  Also, this religion cannot contain any falsities or contradictions, for falseness or contradiction in one matter of the religion proves the falsity of the religion as a whole, since we would then doubt the integrity of its texts.

There is no other religion which fulfills the conditions mentioned above except for religion of Islam, the religion which is accordance to human nature, the religion which has been preached by all prophets since the dawn of man.  Other religions found today, such as Christianity and Judaism, are the remnants of the religion brought by the prophets in their time, which was Islam. However, over time, they have been altered and lost, and what is left today of these religions is a mix of truth and falsehood.  The only religion which has been preserved and preaches the same message brought by all prophets is the religion of Islam, the one true religion, which rules all sphere’s of humans’ lives, religious, political, societal, and individual, and it is upon all humans to investigate this religion, to ascertain its truth, and to follow it.