Description: Taken from a lecture that was given at McGill University in Canada on how Islam elevated the status of women.  Part One: An explanation of the fundamental difference in world views between the West and Islam in regards to women, and a glimpse of Greek and Early Christian views on women. 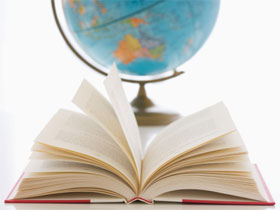 Islam has elevated the status of women in Islam.  Many, upon hearing this, might assume it to be an oxymoron because the prevalent idea - at least in the West - is that Islam does not elevate the status of women, but that Islam oppresses and suppresses women.  In relation to this, it must be said that today, there are basically two world views.  These two views are often in conflict - not only on the personal level where individual human beings are making choices, but also on the international level in terms of the debate over the authenticity and correctness of these two world views.

The first world view is the Western liberal view.  A view which claims to draw its roots from the Judeo-Christian tradition that probably, upon investigation, is more well rooted in the ideas that appeared after the reformation; ideas that are rooted in secularism and the world view that appeared thereafter during the ‘era of enlightenment’.

The second view is that of the Muslims - the Islamic world view, and this view says that its roots and ideas lie in the revelation given by God (or Allah in Arabic) to Prophet Muhammad, may the mercy and blessings of God be upon him.  Those who proclaim this view say that it can be used by humanity during all ages and times, and that its relevance and benefit is not restricted to a certain period of time, geographic area or certain race of human beings.  Likewise, the adherents of the first view, that of Western secularism and the liberal tradition, believe that their world view, ideas, culture and civilization are the best for humanity.  An American author of Japanese decent (Francis Fukuyama) wrote a book entitled, “The End of Time”.  In this book he basically put forth the theory that human development in terms of its ideas has concluded with this final period of liberal secular thought and nothing more will come to humanity.  However in his book he adds that that the only part of the world which has not adopted this secular human view is the Islamic world and proposes that there will be a conflict in terms of this ideology in the Islamic world.

With that brief introduction, one of the topics of contention between these two world views, that of the secular liberal view in the West and the Islamic tradition, concerns women.  What is the position and status of women?  How are women looked at?  Are women elevated in one culture and oppressed in another?

The Western view is that women are elevated only in the West and that they are getting more and more rights with the passage of time, while their sisters - they say - in the Islamic world are still being suppressed.  The Muslims who they encounter say that in actuality it is the Islamic system that provides the true freedoms for men and women alike, and women in the West as well as men, are deceived into an idea of freedom which really doesn’t exist.

How women are understood in Islam cannot be properly understood - and this is more significant, I feel - unless one understands exactly what we might call the philosophical basis or ideological understanding - since this is really a theological concept.

First, let’s review how exactly women were thought of and understood in the western tradition, to compare and contrast perspectives.  We know that the western tradition sees itself as the intellectual inheritors of the Greek tradition that existed before Prophet Jesus Christ, peace be upon him, and so therefore many of the intellectual traditions of the West are found to some degree in the writings of the early Greek philosophers like Aristotle, Plato, etc.

How did they view women?  What were the ideas of Aristotle and Plato regarding women?  When one reviews the works of these early Greek philosophers, he finds that they had very disparaging views of women.  Aristotle in his writings argued that women were not full human beings and that the nature of woman was not that of a full human person.  As a result, women were by nature deficient, not to be trusted and to be looked down upon.  In fact, writings describe that the free women in many aspects of the Greek society - except for the very few women of the elite classes - had positions no better than animals and slaves.

This Aristotelian view of women was later carried on into the early Christian tradition of the Catholic Church.  Saint Thomas of Aquinas in his writings proposed that women were the trap of Satan.  The issue of Adam and Eve added a dimension to the earlier Greek ideas of Aristotle; women were the cause of the downfall of man and therefore were Satan’s trap and should be looked at with caution and weariness because they caused the first downfall of humanity and all thus evil precedes from women.  This type of thought was persistent within the writings of the Church fathers throughout the Middle Ages.  In their writings we find this theme proposed in one aspect or another.  However, after the Protestant reformation Europe decided to free itself from the shackles and chains of the Catholic Church.  Ideas which have been entitled as the Age of Enlightenment or thought of as such, caused them to feel that they needed to free themselves from many of these ideas.  Some of these ideas were scientific in nature that the earth goes around the sun, instead of the sun going around the earth; theological in nature, as in the writings of Martin Luther; and also social in nature, like the position of women in society.  However, the writers of the Enlightenment still carried this basic theme that was not much of a switch - women where not full human beings.  French writers during the revolution, like Rousseau, Voltaire and others, looked at women as a burden that needed to be taken care of.  Due to this Rousseau in his book “Emile”, proposed a different form of education for women based upon the fact that women were unable to understand what men were able to understand.

Next: Elevation of Women’s Status (part 2 of 5): Between Two Extremes