“Who Will Save You from Me Now?”

Description: An example of how a great leader dealt with those who showed him enmity. 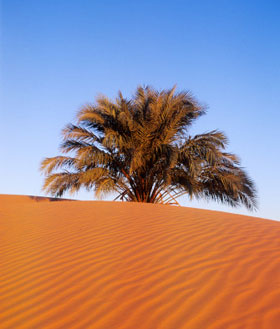 There was a small community in an isolated area.  Weak and defenseless, the people of this community lived in fear and anxiety, because they were being relentlessly attacked by a gang of bandits.

We can scarcely imagine their fear.  It is the fear of a helpless person in the face of a strong and merciless abuser.  These bandits knew only the law of the jungle.  Like lions, they recognized no code of ethics besides their own hunger and lust.  Anyone they could subdue was fair game.

Though the community lived in the desert, before the arrival of the gang, they enjoyed peace and security and managed to prosper.  Now they were being stripped of their lives, their liberty, and their honor.  In desperation, they appealed to the authorities to come save them.

The head of state decided to take it upon himself to lead his forces into the area and punish the ones who were spreading terror and violating the lives and security of his people.  News of this mobilization spread quickly and soon the bandits knew that the authorities were coming after them in force.  They were compelled to flee the area and seek refuge in the surrounding mountains.  They hid among the highest peaks they could find, hoping to save themselves.  They knew that they could very well meet their fate in the very place they were fleeing to, but they hoped to at least be able to scope out the forces that were being sent against them.

The forces arrived under the command of the head of state to find that the bandits had abandoned the area and taken up positions on a nearby mountain to survey the situation from a safe vantage point.

As soon as the forces arrived, a thunderstorm struck, flooding the valleys near the mountain.  The head of state was soaked through.  After the storm passed, he went off to find a place to remove his clothes and allow them to air out.  He found a tree, took off his outer garments, and hung them on a branch to dry.  He sat beneath the tree to rest from the tiring journey.  Fatigue defeated him and he soon drifted off to sleep.

One of the bandits was watching this with interest, and said to himself: “This is an excellent opportunity to subdue the leader while he is sleeping.  Then no one will stand in our way.”

Exercising the utmost stealth, he climbed down from the mountain and snuck across to where the leader was sleeping.

As he approached the tree, he noticed the leader’s sword beside him.  He looked left and right to make sure that no one else was around.  Then, with his skill as a thief, he quickly snatched up the sword and then pointed it in the leaders face.

The bandit sneered and exclaimed: “Who will save you from me now?”

The leader woke up at these words to see the bandit standing, threateningly above his head, sword in hand.  He realized immediately that the glowering bandit had disarmed him and was threatening to kill him.  Imagine what you would do in such a situation.

The leader kept his composure, straightened himself up where he was sitting, and regarded his assailant calmly.  After listening patiently to the bandit’s threats, he answered his assailant’s question, and said: “God will save me.”

The bandit felt a shudder go through his body and down his arm.  He dropped the sword.  As swiftly as it fell, the leader snatched it up and came upon the bandit with it, repeating the same question that the bandit had asked him moments before: “Who will save you from me now?”

Imagine that you found yourself in this leader’s position.  What would you do with the bandit? Would your state of mind give you any chance to think before acting? Would anyone blame you if you struck the thief down in self defense?

However, this leader had a strong, magnanimous heart, a heart that knew neither rancor nor vengefulness.  He regarded vindictiveness to be a sign of weakness.  Imagine that the leader not only pardoned the bandit, but offered him the opportunity to join with his forces in their campaign.  Moreover, he promised him that if he took the offer, he would receive all of the entitlements and rewards that the other soldiers would get.

We would suspect the bandit to eagerly take up this offer, at least as an act of deception.  However, the bandit did the unthinkable.  He refused, and the ruffian did so with all the coarseness and impertinence that he could muster.

The bandit began to hasten away, but then stopped and said: “I will not fight against you, nor will I ever join with any group who fights you.”  This, in and of itself, was an acceptable enough outcome.

When the bandit returned to the rest of his gang, they could see that he was elated to have survived the encounter.  He said to them: “I have come to you from a leader like no other.”  He then related to them everything that had happened and how fortunate he was to still be alive.”

It remains for us to reveal the identity of this leader.  He was the same person who is often maligned and depicted in a most ignoble light.

Yes, he was none other than Muhammad, the Prophet of God.