The Bible Denies the Divinity of Jesus (part 3 of 7): Jesus is Not All-Powerful, and Not All-Knowing

Description: The Bible clearly shows that Jesus was not all-powerful and all-knowing as the true God should be. 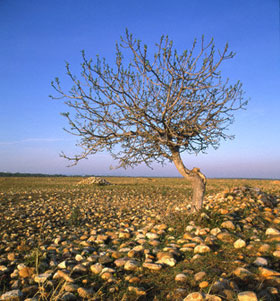 Christians and Muslims agree that God is all-powerful and all-knowing.  The Gospels show that Jesus was not all-powerful, and not all-knowing, since he had some limitations.

Mark tells us in his gospel that Jesus was unable to do any powerful work in his hometown except few things: “He could not do any miracles there, except lay his hands on a few sick people and heal them.” (Mark 6:5).  Mark also tells us that when Jesus tried to heal a certain blind man, the man was not healed after the first attempt, and Jesus had to try a second time (see Mark 8:22-26).

Therefore, although we hold a great love and respect for Jesus, we need to understand that he is not the all-powerful God.

Mark’s Gospel also reveals that Jesus had limitations in his knowledge.  In Mark 13:32, Jesus declared that he himself does not know when the last day will occur, but the Father alone knows that (see also Matthew 24:36).

The Gospel of Luke also reveals that Jesus had limited knowledge.  Luke says that Jesus increased in wisdom (Luke 2:52).  In Hebrews too (Hebrews 5:8) we read that Jesus learned obedience.  But God’s knowledge and wisdom is always perfect, and God does not learn new things.  He knows everything always.  So, if Jesus learned something new, that proves that he did not know everything before that, and thus he was not God.

Another example for the limited knowledge of Jesus is the fig tree episode in the Gospels.  Mark tells us as follows: “The next day as they were leaving Bethany, Jesus was hungry.  Seeing in the distance a fig tree in leaf, he went to find out if it had any fruit.  When he reached it, he found nothing but leaves, because it was not the season for figs.” (Mark 11:12-13).

Can he become God later?  No! Because there is only one God, and He is God from everlasting to everlasting (see Psalms 90:2).

Someone may say that Jesus was God but he took the form of a servant and therefore became limited.  Well, that would mean that God changed.  But God does not change.  God said so according to Malachi 3:6.

Jesus never was God, and never will be.  In the Bible, God declares: “Before me no god was formed, nor will there be one after me.” (Isaiah 43:10).