Let There Be No Compulsion in Religion

Description: In no way does Islam preach forced conversions, rather, this is something forbidden by clear texts. 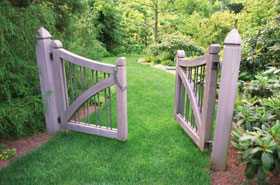 Among the many decisive pieces of evidence in this regard are the following.  God says:

“Let there be no compulsion in religion.  Truth has been made clear from error.  Whoever rejects false worship and believes in God has grasped the most trustworthy handhold that never breaks.  And God hears and knows all things.” (Quran 2:256)

“If it had been your Lord’s will, all of the people on Earth would have believed.  Would you then compel the people so to have them believe?” (Quran 10:99)

“So if they dispute with you, say ‘I have submitted my whole self to God, and so have those who follow me.’  And say to the People of the Scripture and to the unlearned: ‘Do you also submit yourselves?’  If they do, then they are on right guidance.  But if they turn away, your duty is only to convey the Message.  And in God’s sight are all of His servants.” (Quran 3:20)

“The Messenger’s duty is but to proclaim the Message.” (Quran 5:99)

It is important to note that these last two verses were revealed in Medina.  This is significant, since it shows that the ruling they gave was not just contingent on the Muslims being in Mecca in a state of weakness.

Some people might be wondering that if Islam indeed advocates such an approach, then what is all this we hear about jihad?  How can we explain the warfare that the Prophet, may the mercy and blessings of God be upon him, and his Companions waged against the pagans?  The answer to this is that jihad in Islamic Law can be waged for a number of reasons, but compelling people to accept Islam is simply not one of them.  As for conversion, this is to be done peacefully by disseminating the Message with the written and spoken word.  There is no place for the use of weapons to compel people to accept Islam.

The Prophet, said in his letter to the Roman governor Heraclius:

Once people have heard the Message without obstruction or hindrance and the proof has been established upon them, then the duty of the Muslims is done.  Those who wish to believe are free to do so and those who prefer to disbelieve are likewise free to do so.

Even when the Muslims are compelled to fight and then, as a consequence, subdue the land, their duty thereafter is to establish God’s law in the land and uphold justice for all people, Muslim and non-Muslim.  It is not their right to coerce their subjects to accept Islam against their will.  Non-Muslims under Muslim rule must be allowed to remain on their own faith and must be allowed to practice the rights of their faith, though they will be expected to respect the laws of the land.

Had the purpose of jihad been to force the unbelievers to accept Islam, the Prophet would never have commanded the Muslims to refrain from hostilities if the enemy relented.  He would not have prohibited the killing of women and children.  However, this is exactly what he did.

During a battle, the Prophet saw people gathered together.  He dispatched a man to find out why they were gathered.  The man returned and said: “They are gathered around a slain woman.”  So God’s Messenger said:

“She should not have been attacked!”  Khalid b. al-Walid was leading the forces, so he dispatched a man to him saying: “Tell Khalid not to kill women or laborers”. (Sunan Abi Dawud)

Therefore, even in the heat of battle against a hostile enemy, the only people who may be attacked are those who are actually participating in the fighting.

Had the purpose of jihad been to force the unbelievers to accept Islam, the rightly guided Caliphs would not have prohibited the killing of priests and monks who refrained from fighting.  However, this is exactly what they did.  When the first Caliph, Abu Bakr, sent an army to Syria to fight the aggressive Roman legions, he went out to give them words of encouragement.  He said: “You are going to find a group of people who have devoted themselves to the worship of God (i.e. monks), so leave them to what they are doing.”