What is the Sunnah? (part 1 of 2): A Revelation like the Quran

Description: A brief article outlining what constitutes the Sunnah, and its role in Islamic Law.  Part One: The definition of Sunnah, what it constitutes, and the types of revelation. 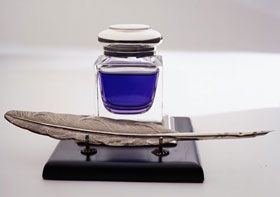 The Sunnah, according to the scholars of hadeeth, is everything that has been related from the Messenger, may the mercy and blessings of God be upon him, of his statements, actions, tacit approvals, personality, physical description, or biography.  It does not matter whether the information being related refers to something before the beginning of his prophetic mission, or after it.

Explanation of this definition:

The statements of the Prophet include everything the Prophet said for various reasons on different occasions.  For example, he said:

“Verily deeds are but by intentions, and every person will have only what he intended.”

The actions of the Prophet include everything that the Prophet did that was related to us by his Companions.  This includes how he made ablutions, how he performed his prayers, and how he made the Hajj pilgrimage.

An example of this is the approval that was given to the Companions when they used their discretion in deciding when to pray during the Battle of Bani Quraydhah.  God’s Messenger had said to them:

“None of you should perform your afternoon prayers until you arrive at Bani Quraydhah.”

The Companions did not arrive at Bani Quraydhah until after sunset.  Some of them took the Prophet’s words literally and postponed the afternoon prayer, saying: “We will not pray until we get there.”  Others understood that the Prophet was only indicating to them that they should hurry on their journey, so they stopped and prayed the afternoon prayer on time.

The Prophet learned about what the two groups had decided, but did not criticize either of them.

As for the Prophet’s personality, this would include the following statement of Aishah (may God be pleased with her):

“God’s Messenger was never indecent or vulgar, nor was he loud at the marketplace.  He would never respond to the abuse of others with abuses of his own.  Instead, he would be tolerant and forgiving.”

The physical description of the Prophet is found in statements like the one related by Anas (may God be pleased with him):

The Relationship between the Sunnah and Revelation

The Sunnah is revelation from God to His Prophet.  God says in the Quran:

The Wisdom refers to the Sunnah.  The great jurist al-Shafi’i said: “God mentions the Book, which is the Quran.  I have heard from people who I consider authorities on the Quran that the Wisdom is the Sunnah of God’s Messenger.”  God says:

Indeed, God conferred a great favor on the believers when He sent among them a Messenger from among themselves, reciting to them His signs and purifying them and instructing them in the Book and the Wisdom.

It is clear from the preceding verses that God revealed to His Prophet both the Quran and the Sunnah, and that He commanded him to convey both to the people.  The Prophetic hadeeth also attest to the fact that the Sunnah is revelation.  It is related from Mak’hool that God’s Messenger said:

“God gave me the Quran and what is like it from the Wisdom.”

“I have been given the Book and with it something like it.”

Hisan b. Atiyyah relates that Gabriel used to come the Prophet with the Sunnah just like he would come to him with the Quran.

An opinion from the Prophet was not merely his own thoughts or deliberations on a matter; it was what God revealed to him.  In this way, the Prophet was different from other people.  He was supported by revelation.  When he exercised his own reasoning and was correct, God would confirm it, and if he ever made a mistake in his thinking, God would correct it and guide him to the truth.

For this reason, it is related that the Caliph Umar said from the pulpit: “O people!  The opinions of God’s Messenger were correct only because God would reveal them to him.  As for our opinions, they are nothing but thoughts and conjecture.”

The revelation that the Prophet received was of two types:

A.    Informative revelation: God would inform him of something by means of revelation in one form or another as mentioned in the following Quranic verse:

“It is not for a human being that God should speak to him except as revelation or from behind a barrier, or by sending a Messenger who reveals by His leave whatever He wishes.  Verily, He is Exalted, All-Wise.” (Quran 42:51)

Aishah related that al-Harith b. Hisham asked the Prophet how revelation came to him, and the Prophet answered:

“I had seen him when the revelation came to him on an extremely cold day.  When it was over, his brow was full of perspiration.”

Sometimes, he would be asked about something, but he would remain silent until revelation came to him.  For example, the Meccan pagans asked him about the soul, but the Prophet remained silent until God revealed:

They ask you concerning the soul.  Say: ‘The soul is from the affairs of my Lord, and of knowledge you have but little’. (Quran 17:85)

He had also been asked about how inheritance was to be divided, but he did not answer until God revealed:

“God commands you regarding your children…” (Quran 4:11)

In such instances, the Prophet was left to use his own discretion in a matter.  If he chose what was right, then God would confirm his choice through revelation.  If he chose wrong, God would correct him to protect the integrity of the faith.  God would never allow His Messenger to convey an error to other people, because this would cause his followers to fall into error as well.  This would contravene the wisdom behind sending Messengers, which was that the people henceforth would have no argument against God.  In this way, the Messenger was protected from falling into error, for if he ever erred, revelation would come to correct him.

The Prophet’s Companions knew that the tacit approval of the Prophet was actually the approval of God, because if they ever did something contrary to Islam during the Prophet’s lifetime, revelation would come down condemning what they did.

Jabir said: “We used to practice coitus interruptus[1]  back when God’s Messenger was alive.”  Sufyan, one of the narrators of this hadeeth, commented: “If something like this was forbidden, the Quran would have prohibited it.”

[1] Coitus Interruptus: Withdrawal of the penis before emission of sperm during sex. – IslamReligion.com