The Spirit of Worship in Islam (part 2 of 3): The Prayer and Fasting

Description: More on the spirit and purpose of prayer in Islam, as well as the spirit of fasting. 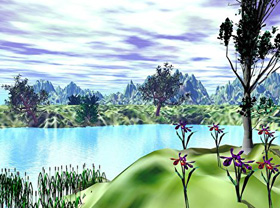 What makes a Muslim say their Prayers at places where there is no one to ask them to offer them or even to see them offering them?  Isn’t it so because of their belief that God is ever looking at you?  What makes them leave their important business and other occupations and rush towards the mosque for Prayers?  What makes them terminate your sweet sleep in the early hours of the morning, to go to the mosque in the heat of the noon, and to leave their evening entertainments for the sake of Prayers?  Is it anything other than sense of duty—their realization that they must fulfill your responsibility to the Lord, come what may?  And why are they afraid of any mistake in Prayer?  Because their heart is filled with the fear of God and they know that they have to appear before Him on the Day of Judgment and give an account of their entire life.

Now look!  Can there be a better course of moral and spiritual training than Prayer?  It is this training which makes a man a perfect Muslim.  It reminds him of his covenant with God, refreshes his faith in Him, and keeps the belief in the Day of Judgment alive and ever present before his mind’s eye.  It makes him follow the Prophet, may the mercy and blessings of God be upon him, and trains him in the observance of his duties.

This is indeed a strict training for conforming one’s practice to one’s ideals.  Obviously if a man’s consciousness of his duties towards his Creator is so acute that he prizes it above all worldly gains and keeps refreshing it through Prayers, he would certainly not be inviting the displeasure of God hat he all along has striven to avoid.  He will abide by the law of God in the entire gamut of life in the same way as he follows it in the five Prayers every day.  This man can be relied upon in other fields of activity as well, for if the shadows of sin or deceit approach him, he will try to avoid them for fear of the Lord that would be ever present in his heart.  And if even after such a vital training a man misbehaves himself in other fields of life and disobeys the law of God, it can only be because of some intrinsic depravity of his self.

Then again, a Muslim should say their Prayers in congregation and especially so the Friday Prayer.  This creates among the Muslims a bond of love and mutual understanding.  This arouses in them the sense of their collective unity and fosters among them national fraternity.  All of them say their Prayers in one congregation and this inculcates in them a deep feeling of brotherhood.  Prayers are also a symbol of equality, for the poor and the rich, the low and the high, the rulers and the ruled, the educated and the unlettered, the black and the white all stand in one row and prostrate before their Lord.  Prayers also inculcate in Muslims a strong sense of discipline and obedience to the elected leader.  In short, Prayers train them in all those virtues that make possible the development of a rich individual and collective life.

These are a few of the myriad of benefits Muslims derive from the daily Prayers.  If we refuse to avail ourselves of them we, and only we, are the losers.  If you see that some Muslims shirk the prayers, this can only mean one of two things: Either they do not recognize Prayers as our duty or they recognize them.  In the first case, their claim to faith shall be a shameless lie, for if they refuse to take orders from Allah they no longer acknowledge His authority.  In the second case, if they recognize Allah's authority and still flout His commands, then they are the most unreliable of creatures that ever trod the earth.  For if they can do this to the highest authority in the universe, what guarantee is there that they shall not do the same in their dealings with other human beings?  And if duplicity overwhelms a society, what a hell of discord it is bound to become!

What the prayers seek to serve five times a day, fasting in the month of Ramadan (ninth month of the lunar year) does once a year.  During this period from dawn to dusk, Muslims eat not a grain of food nor drink a drop of water, no matter how delicious the dish or how hungry or thirsty they feel.  What is it that makes them voluntarily undergo such rigors?  It is nothing but faith in God and the fear of Him and of the Day of Judgment.  Each and every moment during the fast, Muslims suppress their passions and desires, and proclaim by their doing so the supremacy of the Law of God.  This consciousness of duty and the spirit of patience that incessant fasting for full one month inculcates in Muslims help them to strengthen their faith.  Rigor and discipline during this month bring us face to face with the realities of life, and help them make their life during the rest of the year a life of true subservience to His will.

From yet another point of view, fasting has an immense impact on society, for all Muslims, irrespective of their status, must observe fasting during the same month.  This brings to prominence the essential equality of men, and thus goes a long way towards creating in them sentiments of love and brotherhood.  During Ramadan evil conceals itself while good comes to the fore, and the whole atmosphere is filled with piety and purity.  This discipline has been imposed on Muslims to their own advantage.  Those who do not fulfill this cannot be relied upon in the discharge of their duties.  But the worst are those who, during this holy month, do not hesitate to eat or drink in public.  They are the people who by their conduct show that they care not a trifle for the commands of Allah, in Whom they profess their belief as their Creator and Sustainer.  Not only this, they also show that they are not loyal members of the Muslim community; rather, they have nothing to do with it.  It is evident that in so far as obedience to law and regard for a trust reposed in them goes, only the worst could be expected of such hypocrites.