The Search for Inner Peace (part 3 of 4): Patience and Goals in Life

Description: In this turbulent world, patience and not making this life one’s ultimate goal are valuable solutions to solving obstacles that are within our control. 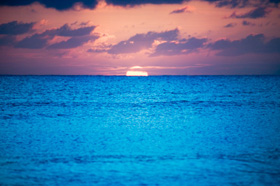 Going back to the story of Moses and Khidr, after they crossed the river they came across a child, and Khidr intentionally killed that child.  Moses asked Khidr how he could possibly do such a thing?  The child was innocent and Khidr simply killed him!  Khidr told Moses that the child had righteous parents and if the child had grown up (God knew that) he would have become such a terror for his parents that he would have driven them into disbelief, so God ordered the death of the child.

Of course the parents grieved when they found their child dead.  However, God replaced their child with one who was righteous and better for them.  This child honored them and was good to and for them, but the parents would always have a hole in their heart due to losing their first child, right until the Day of Judgment when they will stand before God, and He will reveal to them the reason why He took the soul of their first child and then they will then understand and praise God.

So this is the nature of our lives.  There are things, things which are apparently negative, things which happen in our lives which seem to be obstacles to inner peace because we do not understand them or why they happened to us, but we have to put them aside.

They are from God and we have to believe that ultimately there is good behind them, whether we can see it or not.  Then we move on to those things that we can change.  First we identify them, then we move to the second major step and that is removing the obstacles by developing solutions for them.  To remove the obstacles we have to focus mostly on self-change and this is because God says:

“Verily!  God will not change the good condition of a people as long as they do not change their state of good within themselves…” (Quran 13:11)

This is an area which we have control over.  We can even develop patience, although the common idea is that some people are just born patient.

A man came to the Prophet, may the mercy and blessings of God be upon himraise his name, and asked what he needed to do to get to Paradise, so the Prophet told him: “Do not get angry.” (Saheeh Al-Bukhari)

The man was an individual who would get angry quickly, so the Prophet told the man that he needed to do change his angry nature.  So changing oneself and one’s character is something achievable.

The Prophet also said: “Whoever pretends to be patient (with a desire to be patient) God will give him patience.”

This is recorded in Saheeh Al-Bukhari.  This means that although some people are born patient the rest of us can learn to be patient.

Interestingly in Western psychiatry and psychology they used to tell us to get it off our chest, don’t hold it in because if we did we would explode, so better to let it all out.

Later on they discovered that when people let it all out small blood vessels would burst in their brain because they were so angry.  They found that it was actually dangerous and potentially damaging to let it all out.  So now they say it is better not to let it all out.

The Prophet told us to try to be patient, so externally we should give that façade of being patient even when internally we are boiling.  And we do not try to be patient externally in order to deceive people; rather, we do so in order to develop patience.  If we are consistent in this then the external image of patience also becomes internal and as a result complete patience is achieved and is achievable as mentioned in the Hadeeth quoted above.

Among the methods is to look at how the material elements of our lives play a major part with regards to patience and us achieving it.

The Prophet gave us advice on how to deal with these elements by saying:

This is because no matter what our situation is, there are always those who are worse off than us.  This should be our general strategy with regards to the material life.  Nowadays the material life is a huge part of our life, we seem to be obsessed with it; gaining all we can in this world seems to be the main point that most of us focus our energies towards.  So if one must do this then they should not let it affect their inner peace.

While dealing with the material world we should not keep focusing on those who are better off than us otherwise we will never be satisfied with what we have.  The Prophet said:

“If you give the son of Adam a valley of gold he would want another one.” (Saheeh Muslim)

The saying is that the grass is always greener on the other side; and the more a person has the more a person wants.  We cannot achieve satisfaction in the material world if we are chasing after it in such a way; rather, we should look to those who are less fortunate, this way we will remember the gifts, benefits and mercy that God has bestowed upon us with regards to our own wealth, no matter how little it may seem.

There is another saying of the Prophet Muhammad which helps us in the realm of the material world to put our affairs in their proper perspective, and is a Prophetic example of Steven Covey’s[1]  principle of “first things first”.  The Prophet stated this principle over 1400 years ago and laid this principle down for the believers by saying:

“Whoever makes this world his goal God will confuse his affairs and place poverty before his eyes and he will be able to attain nothing from this world except for what God has already written for him…” (Ibn Maajah, Ibn Hibbaan)

So a person’s affairs will not come together for him, he will be all over the place, like a chicken with its head cut off, running wild; if he makes this world his goal.  God will place poverty before his eyes and no matter how much money he has he will feel poor.  Every time someone is nice to him or smiles at him he feels that they are only doing so because they want his money, he can’t trust anyone and is not happy.

When the stock market crashes you read about some of those who invested in it committing suicide.  A person may have had 8 million and lost 5 million with 3 million left after the market crashed, but losing that 5 million seems to him to be the end.  He sees no point in living after that, as God has put poverty between his eyes.

[1] Stephen Covey is an internationally respected leadership authority and founder of Covey Leadership Centre. He received his M.B