The Historical Fallacy of Atonement (part 1 of 2): Paul of Tarsus and the Concept of Salvation in Christianity

Description: The effects that Paul of Tarsus and Pagan beliefs had on the forming of the idea of salvation in Christianity; while in reality Christ’s mentioning of salvation was different from what is widely believed today. 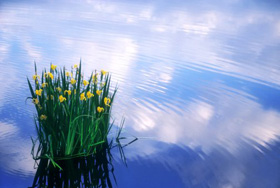 Salvation can be defined as the deliverance from sin and its penalties; the path to salvation, however, varies from one religion to another.  In Christianity, salvation is found through the Doctrine of Vicarious Atonement.  Since human nature is considered in Christianity to be wayward and sinful, this doctrine states that Jesus “rendered full satisfaction” to God for the sins of man through his death and resurrection.  In a nutshell, Jesus took our place, and his death absolves us of our sins.

The matter of Jesus, as savior of mankind, is refuted in the Quran, wherein God says that He

“... has stamped them with their disbelief... for their saying ‘We killed God’s Messenger, Christ Jesus, the son of Mary’ They neither killed nor crucified him, even though it seemed so to them...” (Quran 4:155-157)

Salvation According to Jesus

Nowhere in the four gospels did Jesus explicitly state that he would die to save mankind from sin.  When approached by a man who asked what he could do to gain eternal life, Jesus told him to keep the Commandments (Mat. 19: 16,17); in other words, to obey God’s Law.  To a similar question put to him by a lawyer, as recorded in the gospel of Luke, Jesus told him to love God and his fellow man (Luke 10:25-28).

The role of Jesus is made clear in the Quran where God says:

“Christ, the son of Mary, was no more than a Messenger; many were the Messengers that passed away before him...see how God doth make His Signs clear to them, yet see in what ways they are deluded away from the truth” (Quran 5:75)

The mission of Jesus was not, therefore, to set up a new method of achieving salvation, much less the founding of a new system of belief; as even the Bible points out, Jesus sought only to take the Jews from their emphasis on ritual back to that of righteousness (Mat. 6:1-8).

For the origin of the doctrine of atonement, one does not go to the teachings of Jesus, but instead to the words of Paul, the true founder of Christianity; in teachings of present Christian terms and practices.

Like many Jews, Paul had no use for the teachings of Jesus, and he himself persecuted the followers of Jesus for their unorthodox beliefs.  This zealous persecutor was turned into an ardent preacher, however, through a sudden conversion around 35 CE.  Paul claimed that a resurrected Jesus appeared to him in a vision, thereby, choosing Paul as his instrument for carrying his teachings to the Gentiles (Gal. 1:11; 12:15,16).

Experience and observation had taught Paul that preaching among the Jews was not feasible; he, therefore, chose to go to the non-Jews.  By doing so, however, Paul disregarded a direct command from Jesus against preaching to other than a Jew (Mat. 10:5-6).  In short, Paul set aside the actual teachings of Jesus in his desire to be a success.

Among the pagans of Paul’s time, a wide variety of gods existed.  Although these gods had different names and were embraced by people from different areas of the world – Adonis from Syria, Dionysus from Thrace, Attis from Phrygia, for instance – the basic concept in each cult was the same: these sons of gods died violent deaths and then rose again to save their people.

Since the pagans had tangible savior-gods in their old religions, they wanted nothing less from the new; they were not able to accept any sort of an invisible Deity.  Paul was quite accommodating, preaching therefore of a savior named Jesus Christ, the son of God, who died and then rose again to save mankind from sin (Rom. 5:8-11; 6:8-9).

The Bible itself points out the error of Paul’s thinking.  While each of the four gospels contain an account of the crucifixion of Jesus, these accounts are strictly hearsay; none of the disciples of Jesus were witness to such, having fled his side in the Garden (Mark 14:50).

In the Torah, God says that one who is “hanged upon a tree” – crucified – is “accursed” (Deut. 21:23).  Paul side-stepped this by saying that Jesus became accursed in order to take on the sins of man (Gal. 3:13); in so doing, however, Paul set aside the very Law of God.

The resurrection, wherein Paul says that Jesus “conquered” death and sin for mankind (Rom. 6:9,10), plays such an important part that one who does not believe in it is not considered a good Christian (1 Cor. 15:14).

Here, too, the Bible lends little support to Paul’s notions; first of all, not only was there no eyewitness to the actual resurrection, but all post-resurrection accounts are in contradiction with each other as to who went to the gravesite, what happened there, and even where and to whom Jesus appeared (Mat. 28; Mark 16; Luke 24; John 20).

Secondly, although Christianity states that the body following resurrection will be in a spiritual form (1 Cor. 15:44), Jesus had obviously not changed, for he both ate with his disciples (Luke 24:30,41-43), and allowed them to touch his wounds (John 20:27).  Finally, as the divine son of God in Christianity, Jesus is said to share in God’s attributes; one cannot fail to wonder, however, just how it can be possible for God to die...

In his desire to win souls among the pagans, Paul simply reworked a number of major pagan beliefs to come up with the Christian scheme of salvation.  No prophet – including Jesus himself – taught such concepts; they were authored entirely by Paul.

Next: The Historical Fallacy of Atonement (part 2 of 2): The Ultimate Sacrifice and Original Sin