Ramadan and Fasting (part 1 of 2): Fasting

Description: An overview about fasting and the month of Ramadan. 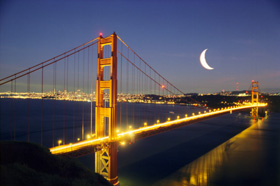 Ramadan, the ninth month of the Islamic lunar calendar, can be 29 or 30 days long.  An Islamic month begins with the sighting of the new crescent in the western horizon, immediately after sunset.  Muslims look toward the western horizon for the new moon on the 29th day of Sha’ban, the eighth month.  If the new moon is sighted, Ramadan has begun with the sunset but fasting begins with the next dawn.  If the new moon is not sighted on this 29th day, Muslims complete 30 days of Sha’ban (the previous month) and Ramadan begins the following day.

The Significance of Ramadan and Fasting

“The month of Ramadan in which was revealed the Quran, a guidance for humankind and clear proofs for the guidance and the criterion. So whoever of you sights (the crescent on the first night of) the month (of Ramadan) must observe the fasts that month, and whoever is ill or on a journey, the same number from other days. God intends for you ease, and He does not want for you difficulty. (So you) must complete the same number, and that you must magnify God for having guided you so that you may be grateful to Him.” (2:185)

Accordingly, the month of Ramadan is called the month of the Quran.  Therefore, Muslims recite the Quran frequently in this month.

Sawm (fasting) begins with dawn and ends with sunset.  Muslims rise before dawn, eat Sahur (pre-dawn meal) and drink an adequate amount of liquids for the preparation of sawm.  Eating and drinking stops at dawn.  During the day no eating, drinking or sexual activity is allowed.  In addition, a Muslim must adhere to the moral code of Islam strictly as failure can violate the requirements of fasting.

Fasting in the month of Ramadan is an act of worship required of all Muslims who have attained puberty.  Women who are having their menstrual period or who have not fully recovered from childbirth postpone the fast until they are completely out of their given conditions.  In addition, those who are ill or on travel may choose to postpone their fast.

Muslims fast because God has commanded them to do so.  However, they may also think about the benefits of fasting that include developing control over hunger, thirst and sexual urges, training to be a good moral person and testing sincerity to the Creator.  During the fast, Muslims may conduct their business as usual.

The fast is broken immediately after sunset usually by eating dates and drinking water or juice.  However, any lawful food or drink may be used to break the fast.  This is followed by the Maghrib salah (after sunset prayer) which is followed by a complete meal.  After a brief rest, Muslims go to the mosque to offer the ‘Isha salah (night prayer) and then a special night prayer, called taraweeh.

This nightly congregational salah (prayer) is performed after the regular night prayer.  Traditionally, a Hafiz of the Quran, - a person who has memorized the whole Quran (in Arabic) - leads the prayer.  He recites the Quran in small portions, in proper sequence, every night and completes the recitation of the whole Quran before the end of the month of Ramadan.  Every Muslim who attends such prayers regularly gets the opportunity of listening to the recitation of the whole Quran by the end of the month.  If a Hafiz of the Quran is not available, the Muslim who has memorized the most in the group leads the prayer and recites according to his ability.  Many Islamic scholars cite the Sunnah (path of the Prophet Muhammad) of the Prophet – may the mercy and blessings of God be upon him -  that he always prayed during the night alone at his home whether it was Ramadan or not and same was the habit of many of his great companions.

The month of Ramadan brings many blessings multiplied for those who do good.  During this month people are more generous, more cordial, friendlier and more ready than other times of the year to do good deeds.  The poor and the needy receive food, clothing and money from the well-off in the community.  Many people go to the mosque in the neighborhood for fast-breaking and meals.  People in the neighborhood send fruit, food and drinks to the mosque – the atmosphere is that of a friendly dinner every evening of the month.

Well-known contributors of the Muslim community find themselves surrounded by the needy people for donations.  Zakat, a wealth purifying alms, and donations are given at this time of the year since many Muslims wish to take the opportunity of multiplied rewards from God.