The Major Signs of the Day of Judgment (part 1 of 7): The Minor Signs 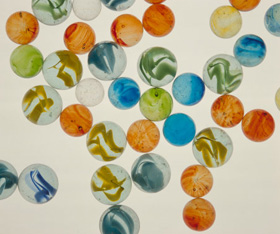 No one can know when the Day of Judgment will occur.  However, God has mercifully taught His messengers some of the signs that alert one to the fact that the Hour is approaching.  These signs play a very important role, especially for those who live at a time distant from the Prophet and who did not experience first hand his teaching and example.  These signs reinforce one’s belief in the Prophet. More importantly, these signs, if one takes the time to reflect upon them, are a reminder of the Day of Judgment.  They should revive the heart of the person and make him recall what he is doing on this earth and to where all this is heading.

The signs of the Hour can be divided into two types.  First are those that occur as part of the changes in everyday life.  These are known as the “minor signs.”  The second are the extraordinary or supernatural events that will occur just before the actual Hour.  These are known as the “major signs.”  Although the focus of this article will be the major signs, it is worthwhile to make a few points concerning the minor signs.

Although the intent of this article is to cover the major signs, the author would like to include a few points about the “minor signs,” since they are often neglected as people concentrate on the more “sensational” major signs.  Minor signs are those signs that may occur long before the actual Last Day and, in general, they are related to day-to-day changes that occur in worldly events.  The number of minor signs is numerous.[1]  Many have already occurred and many others continue to occur.[2]  Thus, minor signs can occur repeatedly around an individual yet many remain oblivious to them and to their importance.  In fact, in the famous hadeeth of the Angel Gabriel, when the Prophet, may the mercy and blessings of God be upon him, offered to tell Gabriel – in front of his Companions - some of the signs of the Hour (after the Prophet was informed about them previously), he mentioned only some “minor signs.”  Perhaps, God knows best, this is because these are the signs that have much more of an effect on one’s everyday life and worship, although the recognition of these signs are sometimes more difficult or subtle.

When one witnesses these signs around him, they should be clear reminders of God and one’s future meeting with God.  They should also fortify one’s belief in God and, in particular, in the truthfulness of the Prophet Muhammad.  These signs that the Prophet spoke about years—even centuries—before they ever occurred should, in addition to all of the facts concerning the Prophet Muhammad, work to strengthen an individual’s belief about the truth of Islam.  Thus, they have a great role to play if the individual makes himself alert and awake to what is going on around him.

In addition, these signs should be a reminder that God has foreknowledge of everything that is occurring in this world— this is how He could convey those signs to His messenger.  Therefore, God also has knowledge of everything the person is doing.  God is watching and aware of every act of His creatures.  At the very least, this consciousness, which comes about through witnessing the Signs of the Hour, should make the person worship and fear God knowing full well that He is seeing him.  This is the superior level of faith known as ihsaan.

Only a couple of minor signs will be mentioned here, while the reader is greatly encouraged to research this topic further.

“From among the signs of the Hour is the common appearance of lewd acts, working to bring about lewd acts, the cutting off of the ties of relationship and the trusting of deceivers.” (At-Tabarani)

The manifestation of this hadeeth can be seen daily in a person’s life, especially the first two or three aspects mentioned.  One needs only leave one’s house, turn on a television or surf the Internet to see how prominent lewd acts—those acts which are considered lewd by Islamic Law—are today.  Indeed, great effort and expense is exhausted in producing and presenting them to as many people as possible.

“From among the signs of the Hour is the abundance of wealth, increasing of ignorance, numerous tribulations and widespread trading and business.” (Al-Hakim)

Capitalist economists boast about the amount of wealth there is in the world today.  Indeed, it seems as if business and trade are the most important agendas in the world today, outstripping any moral values or even the sanctity of human lives.  When this is accompanied by ignorance—especially ignorance of the religion of God—and an increase in trials, tribulations, fighting and wars, the result for humankind is nothing short of disastrous.  Yet this is what can be seen throughout the world today.

[1] A number of works in Arabic cover the minor signs as well as the major signs.  This author is not aware of any book in English as of yet that has a detailed discussion of the minor signs of the Day of Judgment.

Next: The Major Signs of the Day of Judgment (part 2 of 7): An Introduction to Major Signs