God’s Preservation of the Sunnah (part 5 of 7): Early Hadeeth Criticism and Evaluation of Narrators

Description: The following series of articles discusses the means used throughout history to ensure that the Sunnah, or teachings of Prophet Muhammad, remained authentically preserved and free from alteration and interpolation.  Part Five: Early Hadeeth Criticism and Evaluation of Narrators. 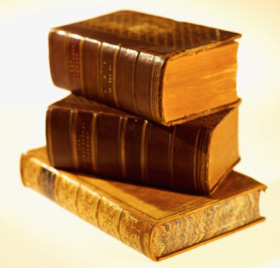 Another important aspect in the preservation of hadeeths was the early development of hadeeth criticism and evaluation of narrators.  Even during the lifetime of the Messenger of God, the Companions would often go to him to confirm some report that they had heard related on his authority.  Professor Azami, referring to examples in the hadeeth collections of Ahmad, al‑Bukhari, Muslim and al‑Nasaai, writes:

“If criticism is the effort to distinguish between what is right and what is wrong, then we can say that it began in the life of the Prophet.  But at this stage, it meant no more than going to the Prophet and verifying something he was reported to have said…

“We find this sort of investigation or verification was carried [sic] out by Ali, Ubai ibn Kaab, Abdullah ibn Amr, Umar, Zainab wife of ibn Masud, and others.  In the light of these events, it can be claimed that the investigation of hadeeth or, in other words, criticism of hadeeth began in a rudimentary form during the life of the Prophet.”[1]

Obviously this practice of confirming reports directly with the Messenger of God had to cease with the death of the Prophet, may the mercy and blessings of God be upon him.  At that time the Companions, led by notables such as Abu Bakr, Umar, Ali, ibn Umar and others, used to confirm hadeeth with each other.  Umar, for example, was strict in safeguarding the proper dissemination of hadeeth.  In Sahih Muslim one can find the example of Abu Moosa al‑Ashari.  Umar threatened to have him punished if he did not present a witness for a hadeeth that he had narrated to Umar.  Commenting on this hadeeth, Abdul Hamid Siddiqi stated that Umar did not doubt Abu Moosa but he only meant to keep a strict supervision over the transmission of hadeeth.[2]

Many examples of this kind may be given.  Abu Hurairah, Aishah, Umar and ibn Umar would verify hadeeth.  Sometimes they would verify the hadeeth by “cross‑reference” (like Umar and Abu Moosa above) and at other times they used what could be termed “time‑series” checking.  Imam Muslim records that Aishah heard a certain hadeeth narrated from Abdullah ibn Amr.  A year later she had her servant go to Abdullah ibn Amr to hear the hadeeth again from him to make sure that he had narrated it exactly as he had heard it from the Prophet and that he had not made any mistakes or additions in its narration.[3]

This investigation of narrators led to the development of the most fascinating and unique science of al-jarh wa al-tadeel, wherein the lives, academic qualities and moral qualities of literally thousands of narrators are discussed in detail.  Every narrator must meet both moral and academic qualifications for his hadeeth to be accepted.  One, without the other, is simply not sufficient.  An individual may have a great memory or be able to record material very accurately but if he is not considered a completely honest and trustworthy person, his narrations of hadeeth, the most important information an individual can pass on, will not be accepted.  Similarly, a person may be a very pious and honest individual but if he does not posses the literary or academic qualities to be able to pass on information accurately and correctly, his narrations also cannot be relied on.

Thus, the scholars developed many means by which to test the proficiency and accuracy of the narrators of hadeeth.  Azami states that there are four basic ways to check the proficiency of a narrator.  He has given examples of each type.[4]  The four are:

(1)  Comparison between the hadeeth of different students of the same scholar.  An example is that of Yahya ibn Maeen who read the books of Hammad ibn Salama to seventeen of Hammad's students.  He said that by doing so he would be able to spot the mistakes that Hammad made (by comparing them to what other scholars had narrated) and the mistakes that each individual student made (by comparing them with the other students of Hammad).

(2)  Comparison between the statements of a single scholar at different times.  Mention was made earlier of the Hadeeth of Aisha in which she had Abdullah ibn Amr ibn al‑As asked about a hadeeth that he had narrated a year earlier.  When she found that he had not made any change in the hadeeth she knew that he had memorized it exactly as he heard it from the Prophet.

Abdur Rahman b. Umar transmitted a hadeeth through Abu Huraira concerning Dhuhr prayer [the noon prayer], which may be delayed in summer [sic] from its early time.  Abu Zurah said that it is incorrect.  This hadeeth was transmitted on the authority of Abu Said. Abdur Rahman b. Umar took it very seriously and did not forget it.  When he returned to his town, he checked in his book and found himself mistaken.  Then he wrote to Abu Zurah, acknowledging his mistake, asking him to take trouble [sic] and inform such and such person and other people who had asked about it from his students, and to tell them about his mistake, and, he said God would give him the reward, for shame is much better than Hell.[5]

(4)  Comparison between the hadeeth and the text of the Quran.  This practice started with the Companions.  The Quran was the first test that the hadeeth would have to pass.  The Companions would not accept any hadeeth that contradicted the Quran; instead they would conclude that the Companion must have been mistaken or had misunderstood what the Prophet had narrated.  They knew that the Quran and Sunnah were essentially one revelation and it was not possible for one to contradict the other.

Azami only mentions the above four methods of checking the proficiency of a narrator but there were others.  The following were quite common: comparing what one narrator related to what others narrated (that is, not students of the same teacher), comparing one Sunnah with another and comparing the text of the hadeeth with well‑known historical events.