Description: The following series of articles discusses the means used throughout history to ensure that the Sunnah, or teachings of Prophet Muhammad, remained authentically preserved and free from alteration and interpolation.  Part Four: The practice of mentioning the Isnad and its preservation since the early years. 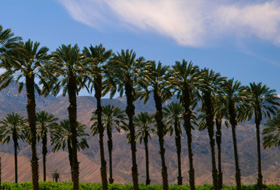 Concerning when the narrators were forced by the listeners to mention their Isnads, Fullaatah states that Abu Bakr, the first caliph who died only two years after the Prophet, was the first to make the narrator prove the authenticity of his narration as he sometimes would not accept a hadeeth unless the person presented a witness for his hadeeth. Umar also followed the same pattern. By doing so they made it clear if the person heard the hadeeth directly from the Messenger of God or through some intermediary source. Their goal was to confirm the correctness of the narration although they were, at the same time, inadvertently making the narrator state the Isnad for his hadeeth. Therefore, it was during their time (right after the death of the Prophet) that narrators were first being forced to state their Isnads. Ali, the fourth caliph and the caliph during the fitnah (affliction), would sometimes take an oath from the person in which the person would swear that he heard the hadeeth directly from the Prophet. Obviously, then, after the fitnah, the same process of requiring the narrator to state his sources continued.[1]

Concerning when the narrator himself began to insist on mentioning the Isnad of each hadeeth, Fullaatah states that the need for the Isnad really became apparent after weak narrators and immoral people began to relate hadeeth. During that time, the narrator himself made sure that he would mention the Isnad of the hadeeth he narrated. Al-Amash used to narrate hadeeth and then say, “Here is the head of the matter,” and then he would mention the Isnad. Al-Waleed ibn Muslim of al-Shaam stated, “One day al-Zuhri said, ‘What is wrong [with you people] that I see you narrating hadeeth without the critical or important part?’ After that day our companions [that is, the people of al-Sham (Northern Arabia)] made sure to mention the Isnad.”[2]  The scholars would blame their students for listening to hadeeth from teachers who would mention the hadeeth without the Isnad.[3]  In fact they would reject any hadeeth which did not have an Isnad with it. Bahz ibn Asad said, “Do not accept a hadeeth from someone who does not say, ‘He narrated to us..,” that is, without an Isnad. The Muslims even began to insist on the use of the Isnad for people of disciplines other than hadeeth, for example, history, tafseer (explanation of the Quran), poetry and so on.

Therefore, after discussing the question in detail, Fullaatah could soundly conclude the following:

2.         Abu Bakr was the first to force narrators to mention the source for their hadeeth.

In conclusion, there was never any time that hadeeth narrations were completely void of mentioning the Isnad. During the time of the Companions the use of the Isnad was not so obvious as there was (usually) no intermediate narrator between the person mentioning the hadeeth and the Prophet. (The period of the Companions “officially” ended in 110 A. H. with the death of the last Companion.) Abu Bakr and Umar were scrupulous in checking the authenticity of hadeeth. Later scholars like al-Shabi and al-Zuhri appeared and they made the Muslims realize the importance of mentioning the Isnad with the hadeeth. This was especially manifest after major confrontations (such as the death of Uthmaan) which made the people realize that the hadeeth narrations were their religion and, therefore, they should look carefully at whom they were taking their religion from. After the early years, the Isnad and its proper use became standardized and its knowledge became an independent branch of hadeeth. This continued until the major collections of hadeeth were compiled in the third century.[5]

In reality, God blessed the nation of Muhammad with a unique way of preserving its original teachings: the Isnad. Muhammad ibn Haatim ibn al-Mudhaffar wrote:

“Verily God has honored and distinguished this nation and raised it above others by the use of the Isnad. None of the earlier or present nations have unbroken Isnads. They have [ancient] pages in their possession but their books have been mixed with their historical reports and they are not able to distinguish between what was originally revealed as the Torah or the Gospel and what has been added later of reports that have been taken from untrustworthy [or, most likely, unknown] narrators.”[6]

[5] In fact, the tradition of relating hadeeth by their  Isnads continued until the fifth century. After that time books were passed on, mostly by  ijaaza (permission given to others to narrate one’s books or hadeeth), although there are still some scholars today who can narrate hadeeth with a complete chain from themselves back to the Prophet. Cf., Khaldoon al-Ahdab,  Asbaab Ikhtilaaf al-Muhadeetheen (Jeddah: al-Dar al-Saudiya, 1985), vol. 2, p. 707.