Quotations on Islamic Civilization (part 1 of 2)

Description: What notables have said about Islamic Civilization and Culture. 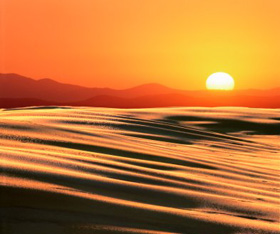 “Moses has revealed the existence of God to his nation.  Jesus Christ to the Roman world, Muhammad to the old continent...

“Arabia was idolatrous when, six centuries after Jesus, Muhammad introduced the worship of the God of Abraham, of Ishmael, of Moses, and Jesus.  The Ariyans and some other sects had disturbed the tranquility of the east by agitating the question of the nature of the Father, the son, and the Holy Ghost.  Muhammad declared that there was none but one God who had no father, no son and that the trinity imported the idea of idolatry...

“I hope the time is not far off when I shall be able to unite all the wise and educated men of all the countries and establish a uniform regime based on the principles of Quran which alone are true and which alone can lead men to happiness.”

“If any religion had the chance of ruling over England, nay Europe within the next hundred years, it could be Islam.”

“I have always held the religion of Muhammad in high estimation because of its wonderful vitality.  It is the only religion which appears to me to possess that assimilating capacity to the changing phase of existence which can make itself appeal to every age.  I have studied him - the wonderful man and in my opinion far from being an anti-Christ, he must be called the Savior of Humanity.”

“I believe that if a man like him were to assume the dictatorship of the modern world he would succeed in solving its problems in a way that would bring it the much needed peace and happiness: I have prophesied about the faith of Muhammad that it would be acceptable to the Europe of tomorrow as it is beginning to be acceptable to the Europe of today.”

“Our use of phrase ‘The Dark ages’ to cover the period from 699 to 1,000 marks our undue concentration on Western Europe...

“From India to Spain, the brilliant civilization of Islam flourished.  What was lost to Christendom at this time was not lost to civilization, but quite the contrary...

“To us it seems that West-European civilization is civilization, but this is a narrow view.”

“The Islamic teachings have left great traditions for equitable and gentle dealings and behavior, and inspire people with nobility and tolerance.  These are human teachings of the highest order and at the same time practicable.  These teachings brought into existence a society in which hard-heartedness and collective oppression and injustice were the least as compared with all other societies preceding it....Islam is replete with gentleness, courtesy, and fraternity.”

‘History of Intellectual Development of Europe’

“During the period of the Caliphs the learned men of the Christians and the Jews were not only held in great esteem but were appointed to posts of great responsibility, and were promoted to the high ranking job in the government....He (Caliph Haroon Rasheed) never considered to which country a learned person belonged nor his faith and belief, but only his excellence in the field of learning.”

“As there is no danger of our becoming, any of us, Mahometans (i.e. Muslim), I mean to say all the good of him I justly can...

“When Pococke inquired of Grotius, where the proof was of that story of the pigeon, trained to pick peas from Mahomet’s (Muhammad’s) ear, and pass for an angel dictating to him? Grotius answered that there was no proof!...

“A poor, hard-toiling, ill-provided man; careless of what vulgar men toil for.  Not a bad man, I should say; Something better in him than hunger of any sort, -- or these wild Arab men, fighting and jostling three-and-twenty years at his hand, in close contact with him always, would not revered him so! They were wild men bursting ever and anon into quarrel, into all kinds of fierce sincerity; without right worth and manhood, no man could have commanded them.  They called him prophet you say? Why he stood there face to face with them; bare, not enshrined in any mystery; visibly clouting his own cloak, cobbling his own shoes; fighting, counselling, ordering in the midst of them: they must have seen what kind of man he was, let him be called what you like! No emperor with his tiaras was obeyed as this man in a cloak of his own clouting.  During three-and-twenty years of rough actual trial.  I find something of a veritable Hero necessary for that, of itself...

“These Arabs, the man Mahomet, and that one century, - is it not as if a spark had fallen, one spark, on a world of what proves explosive powder, blazes heaven-high from Delhi to Granada! I said, the Great man was always as lightning out of Heaven; the rest of men waited for him like fuel, and then they too would flame...”

Next: Quotations on Islamic Civilization (part 2 of 2)