The Justice of Judgement

Description: A brief insight into the question as to why there is a Day of Judgement, and what is the end of religions other than Islam. 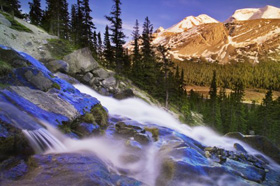 True belief has a reward in the hereafter.  Disbelief does too, buuuut … you don’t want it.  Such has been the message of all the prophets—each and every one of them.

How can we justify an afterlife?  Well, where else can the injustices of this life be rectified, if not in an afterlife?  What we perceive to be injustices in this worldly life would be a poor reflection upon God’s sense of fairness, if these “injustices” aren’t offset by appropriate rewards and punishments in the hereafter.  Some of the worst of the worst enjoy some of the most luxurious lives.  Meanwhile, some of the best of the best suffer terribly.  For example, which prophet had an easy time of it?  Which prophets lived pampered lives of splendor to match that of a mafia boss, drug lord or tyrannical ruler, either of our time or of theirs?  If we are to trust in the mercy and justice of our Creator we cannot believe He restricts the rewards of piety and the punishments of transgression to this worldly life, for the inequities of life are clear.

So there will be a Day of Judgement, we’ll all be there, and it will be a bad time to start thinking about changing our lives for the better.  Because … now stay with me here … because our lives will be, in a word, over.  It’ll be too late.  The record of our deeds will be done.  And there’s no going back.

Mankind will be sorted according to beliefs and deeds.  The faithful will be vindicated, the disbelievers condemned, the transgressors (if not forgiven) punished according to the severity of their sins.

Jews declare paradise to be a birthright of the “chosen people,” Christians claim “not to be perfect, just forgiven,” and Muslims believe that all who die in submission to the Creator are eligible for redemption.  Those who followed the revelation and prophet of their time will be successful, whereas those who forsook the revelation and prophet of their day did so to the compromise of their souls.

According to Islam, the believing Jews were upon the truth right up until they rejected the prophets who followed (i.e., John the Baptist and Jesus Christ), their teachings and, in the case of Jesus, the revelation he conveyed.  In this manner, the Jews lived in submission to God not on His terms, but on their terms.  When God sent prophets or revelation they didn’t like, they chose to remain upon the religion of their forefathers rather than upon the religion of God.  In this manner, they fell into disobedience and disbelief.

Similarly, Jesus’ followers were upon the truth, right up until they rejected the final prophet (i.e., Muhammad).  Again, Jesus’ followers submitted to God, but only on their terms.  And that’s not good enough.  When called upon to honor the final revelation (i.e., the Holy Quran) and the prophet who conveyed it (i.e., Muhammad), they rejected and fell into the same disobedience and disbelief as their Jewish cousins.

According to Muslims, the religion of truth has always been Islam (i.e., submission to the will of God), for that is what all prophets taught.  However, the refinement of Islam is to be found in the final revelation and in the teachings of the final prophet.  In revealing the final revelation, God abrogated all preceding religions and revelation.  Hence, the only group that submits to God’s religion in the present day is the Muslims.  Those who know of Islam, and reject, will be condemned.  Those who know of Islam and willfully duck the responsibility of studying the religion will likewise be condemned.  However, those who die neither knowing of Islam nor willfully avoiding investigation thereof will be tested on the Day of Judgement, to prove what they would have done, had they known.  And on that basis, God will judge them.

In this manner, if it can be imagined that there are Jews who died without having known of the prophets who followed, and Christians who died ignorant of Muhammad and the Holy Quran, they are not to be condemned.  Rather, God will judge them according to their submission to the revelation to which they had been exposed during their lifetimes, and test their faith and obedience.  So, too, with those who die ignorant of revelation as a whole.  Hence, the ignorant who die sincerely seeking the religion of truth have hope for salvation, whereas the insincere have no such hope, even if educated.

The above excerpt is taken from Dr. Brown’s forthcoming book, God’ed, which is expected to be published along with its sequel, MisGod’ed.  Both books can be viewed on Dr. Brown’s website, www.LevelTruth.com.  Dr. Brown can be contacted at BrownL38@yahoo.com